KNOW YOUR ONIONS
Onions, leeks, shallots, garlic, chives and spring onions are grown in gardens and allotments as an essential part of the rotation. They enjoy very fertile soil that is free draining but can retain moisture during the growing season. Onions have been in cultivation for over 5000 years. They are a staple food full of goodness and are virtually available all year round with good planning, growing, harvesting and storage. They can be cooked, pickled or eaten raw and fresh and current research is indicating they possess immense health giving properties.
Most people are aware of how healthy garlic is as it has been extensively studied, but now food scientists are turning their attention to the humble onion and findings are just about putting it into superfood status. For good health and a long life it is being recommended to eat an onion in your food every day. However don’t forget the apple a day, plus plenty of rhubarb, beetroot and if you can get a bush of Aronia, the chokeberry include that on the menu.
Allotment gardeners live a long and healthy life. City Road allotments have seen quite a few gardeners receive their fifty years service awards.

Onions contain the vitamins A, E, C and B6 as well as the minerals iron, molybdenum, manganese, chromium, calcium and potassium. They are full of dietary fibre and antioxidants, especially the red onions.
Onions lower cholesterol, inhibit hardening of the arteries, and help to maintain healthy blood pressure. They also contain the flavonoid quercitin, an anti inflammatory antioxidant useful against some forms of arthritis and hay fever and help the fight against several cancers and heart disease.
The high levels of chromium assist diabetics with insulin controlled sugar levels and also reduce bad cholesterol levels. 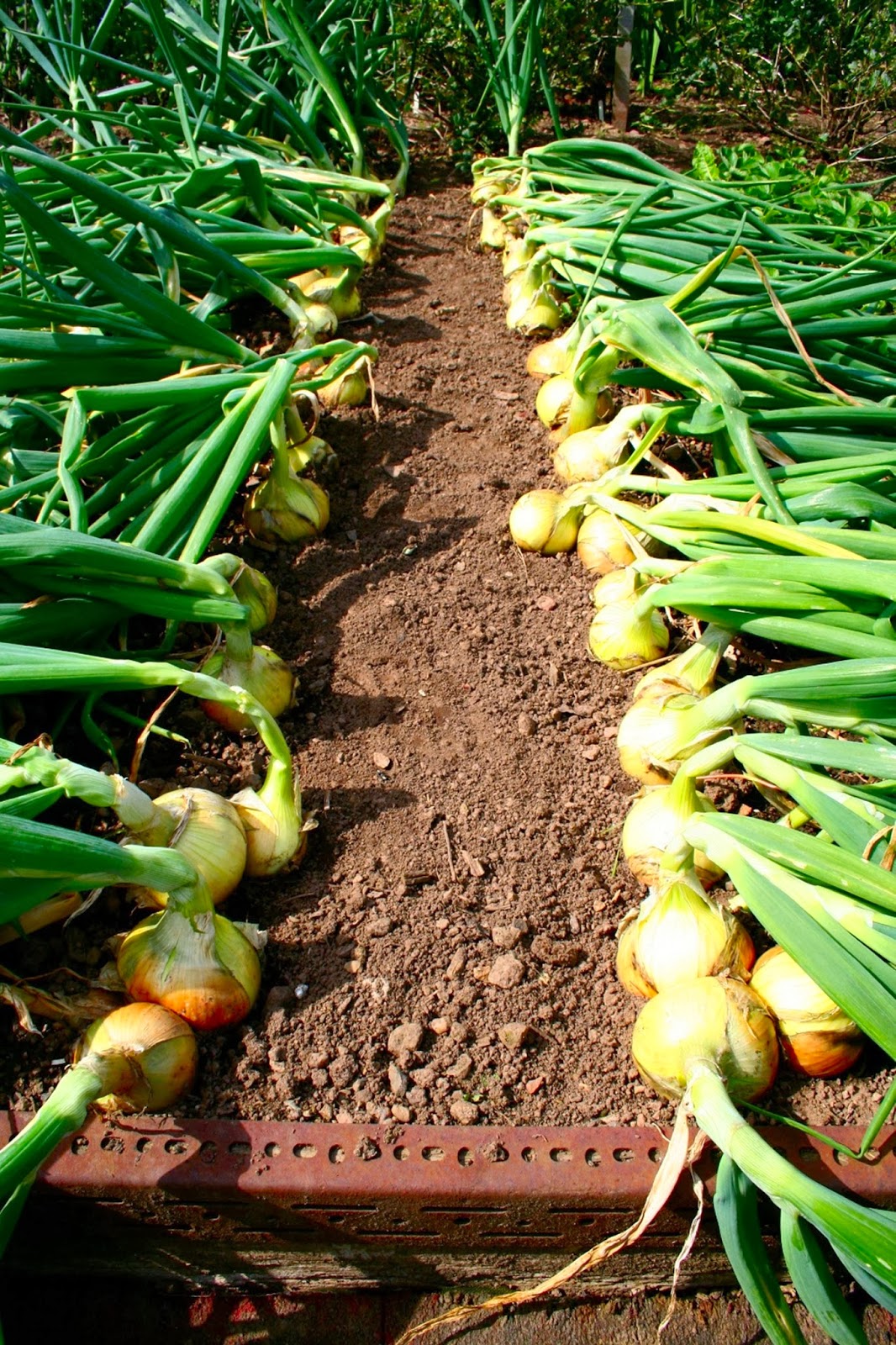 Onions can be grown from seed or sets. I usually sow seed indoors on a windowsill at the end of February using my favourite variety Hytech. I have tried numerous varieties over time, but Hytech gave me huge sweet onions that stored for over seven months. However there are many other new varieties worthy of a trial. The red onion Red Baron gave me good results as did Sturon and Stuttgarter Giant. However if you want a really huge onion Kelsae, used for exhibitors, but available for everyone to try is excellent. It needs a very long season to grow into a large bulb so is best sown at the end of January. I prick my onion seedlings out individually into small cellular trays and grow them on in my unheated greenhouse. They are ready to plant out at the end of April, spacing them four inches apart in rows twelve inches apart.
Most of these varieties can be bought as sets, which saves a lot of space and time or for those without a greenhouse. Plant sets in March at the same spacing.
In August onions may start to swell the bulbs, but don’t bend the tops over to hasten this, as some continue to grow and will give a bigger bulb if left to ripen naturally. They will bend over when they are ready. Lift them on a warm sunny day and dry them off in full sun on a hard surface. They can ripen up over a few weeks before cleaning and either bag up in loose nets or pleat them into ropes for storage. I run polypropylene binder twine through the pleat just in case the dried up onion foliage is not strong enough to hold the weight when you get a heavy crop. 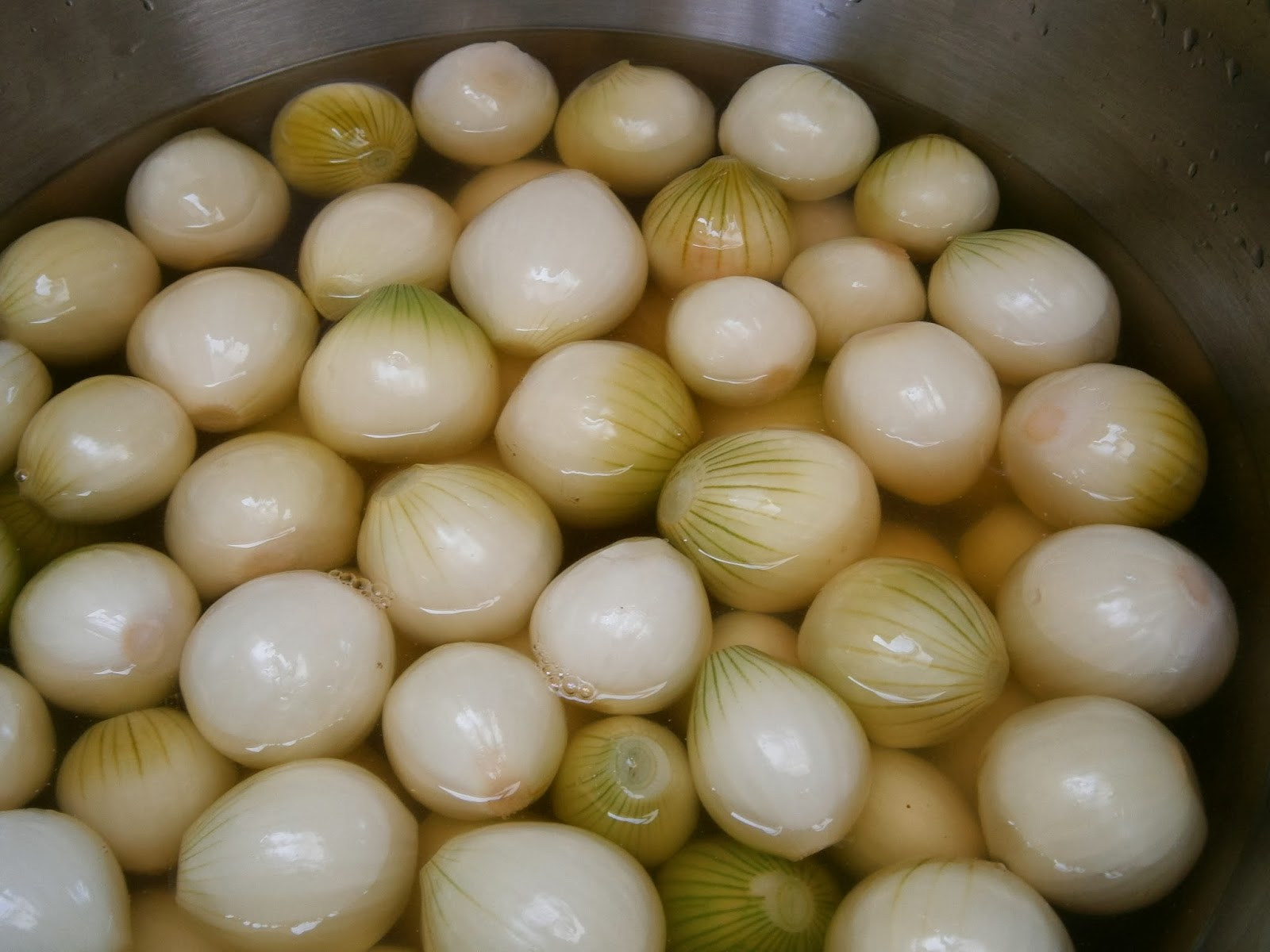 Shallots are grown the same way as bulb onions, but are started as sets.
Spring onions and pickling onions prefer a humus rich sandy soil or one that is very well drained. They like warm conditions so do not sow them outdoors too early. I sow my pickling onions thinly in a broad band four inches wide as they do not need a lot of space provided the soil has been well manured. Pickling onions can be eaten in numerous different recipes both fresh and cooked as well as pickled. 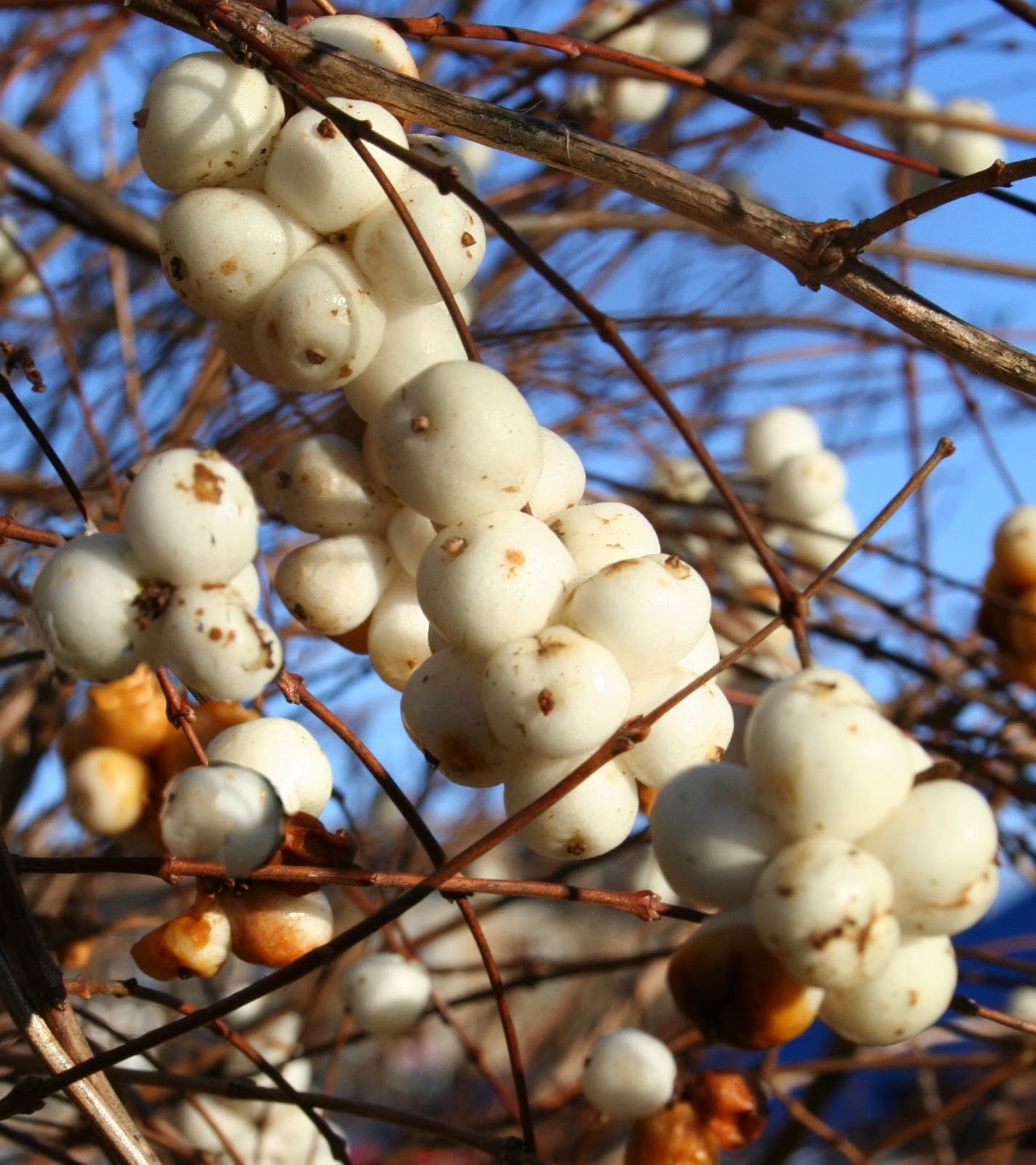 Snowberry, Symphoricarpos albus is at its best in early winter when its pure white fruit are very attractive after the deciduous shrub has lost all its leaves. This shrub will grow on most soils even in moist conditions in the shade, but it will produce more berries if grown in full sun on fertile soil.
It grows in woodlands, floodplains and riverbanks in its natural habitat in North Canada. It is very hardy growing up to six foot tall forming a dense thicket of stems arising from suckers helping it to spread readily. Birds do not eat the fruit till late winter or early spring. The fruit is considered poisonous to humans as they are full of alkaloids, but no-one has ever suffered too severely as they are very unpalatable and the fruit will cause violent vomiting soon after ingestion.