Crop rotation is an essential practice when growing a range of vegetables in the garden or on an allotment. This helps to prevent the build up of diseases such as clubroot on brassicas and white rot on onions. Different crops require different amounts of manure or compost so rotating crops allows all parts of the ground to receive organic manuring over time. The brassica crops also grow best on land that has a high pH value so it gets limed a couple of months before planting so the winter snow and rain can wash the lime down into the soil. A higher pH value also helps to discourage clubroot disease. Although we can grow some clubroot resistant plants, the breeders have not yet produced a wide enough range to give us year round protection, and many salad crops such as radish and mustard can be affected. Wallflower plants that are grown from seed can also be seriously affected.
A four year rotation is the best practise so that the land that was limed for the brassicas one year will be perfect for the next crops of heavy feeders or salads the next year. Then in year four, acidity is returning and it is now perfect for the potatoes and other root crops. Potatoes are liable to scab infection if there is lime in the soil, or if the land is poor. 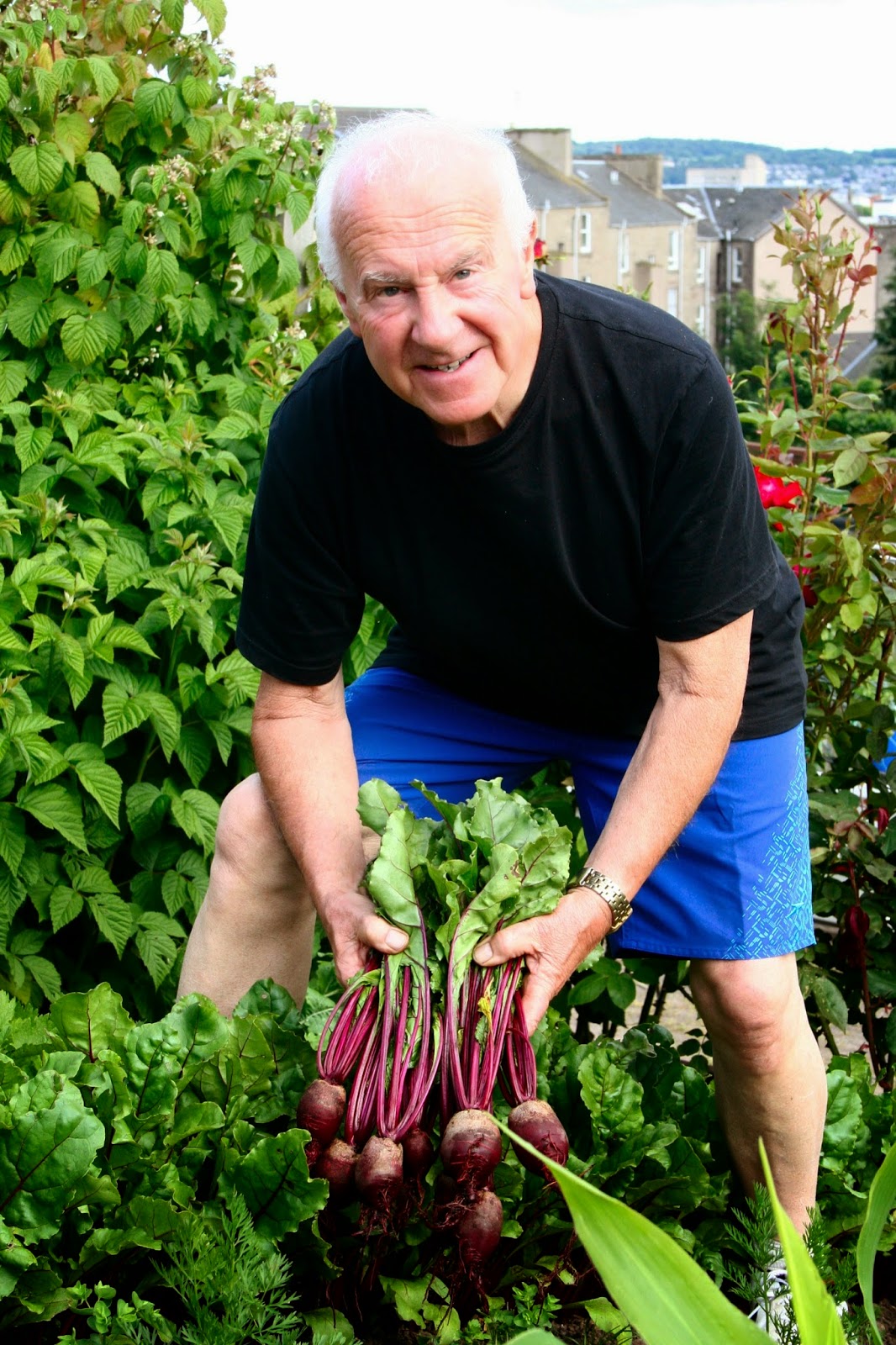 Planning the basics of the rotation is always best ahead of the winter digging so you know how to distribute the manures and garden compost according to subsequent crop needs. This gives it time to rot down releasing its feeding values just when the new crops need it.
Starting with the heaviest feeders I allocate ample compost for my pumpkins and courgettes, followed by the onions, leeks, peas, beans, sweet corn. Finally I make sure the potato patch gets a fair amount of compost before digging in, though it is a good practice to add some compost to the bottom of the drill at planting time. Land selected for salads only needs a light dressing of compost and areas where my root crops are to be grown get nothing otherwise the incidence of root splitting will be too high.
If you grow strawberries these can be added into the rotation once their fruiting life has ended. They are normally grown for three cropping years then dug in and new strawberry runners planted on fresh soil that has not previously had strawberries. However since the old strawberry patch has not been manured or cultivated for several years it will need a lot of compost and deep digging.

Soil deteriorates if left bare without plants grown on it, but many plants such as the courgettes, pumpkins, dwarf French beans, runner beans and sweet corn are not frost hardy so planting is delayed till the end of May or early June. This is where a catch crop of a fast maturing salad can be grown such as radish, lettuce, spring onion and baby beetroot. To make sure these have enough time to produce a worthwhile crop they can be started early in cellular trays in the greenhouse. Similarly where ever crops have finished early such as early potatoes, broad beans, spring cabbage, over wintered cauliflower, onions and sweet corn, there is still time for more quick maturing salads, rocket, autumn salad leaves, beetroot and more spring onions. If you have enough salads then use the ground for a green manure crop such as clover to enrich the soil for the next crop.
Intercropping is very useful to use spare land for salads grown in between widely spaced plants such as brussels sprouts, sweet corn and freshly planted strawberries. Similar crops can also be grown around newly planted fruit trees and bushes before they need all the allocated space. 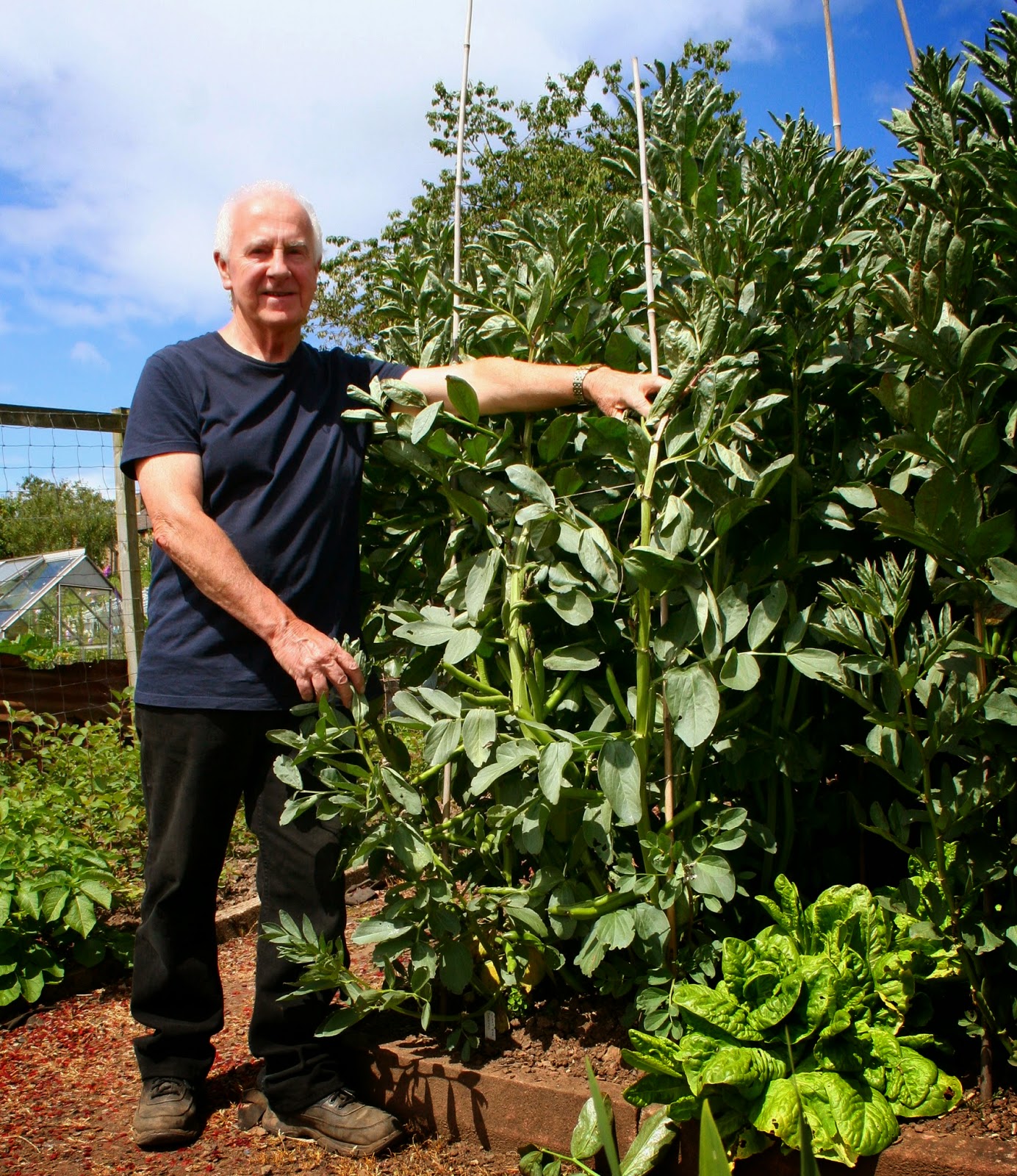 Tidy up the allotment plot. Straighten up fences, and path edges which get disturbed with cultivations over the growing season. Replace old carpets, lining the paths as they deteriorate over time getting dangerously slippy. I use wood shreddings in a layer about two inches deep.

Top dress flower borders with a light fertiliser dusting and add some compost where bulbs have been planted as they are now emerging and soon it will be too late when the leaves develop.
END
Posted by John Stoa at 14:21