GREEN MANURES
The urban gardener of today has a greater problem keeping his soil fertile compared to yesterday, when I was just a wee laddie. The town was smaller, which meant the countryside was nearer and access to farm manures was never a problem. We all had some contact with a local farmer who kept cows, pigs, hens and horses so using farmyard manure was part of normal garden practise. Life has evolved and now organic manure harder to come by so we build up our fertility by other means. 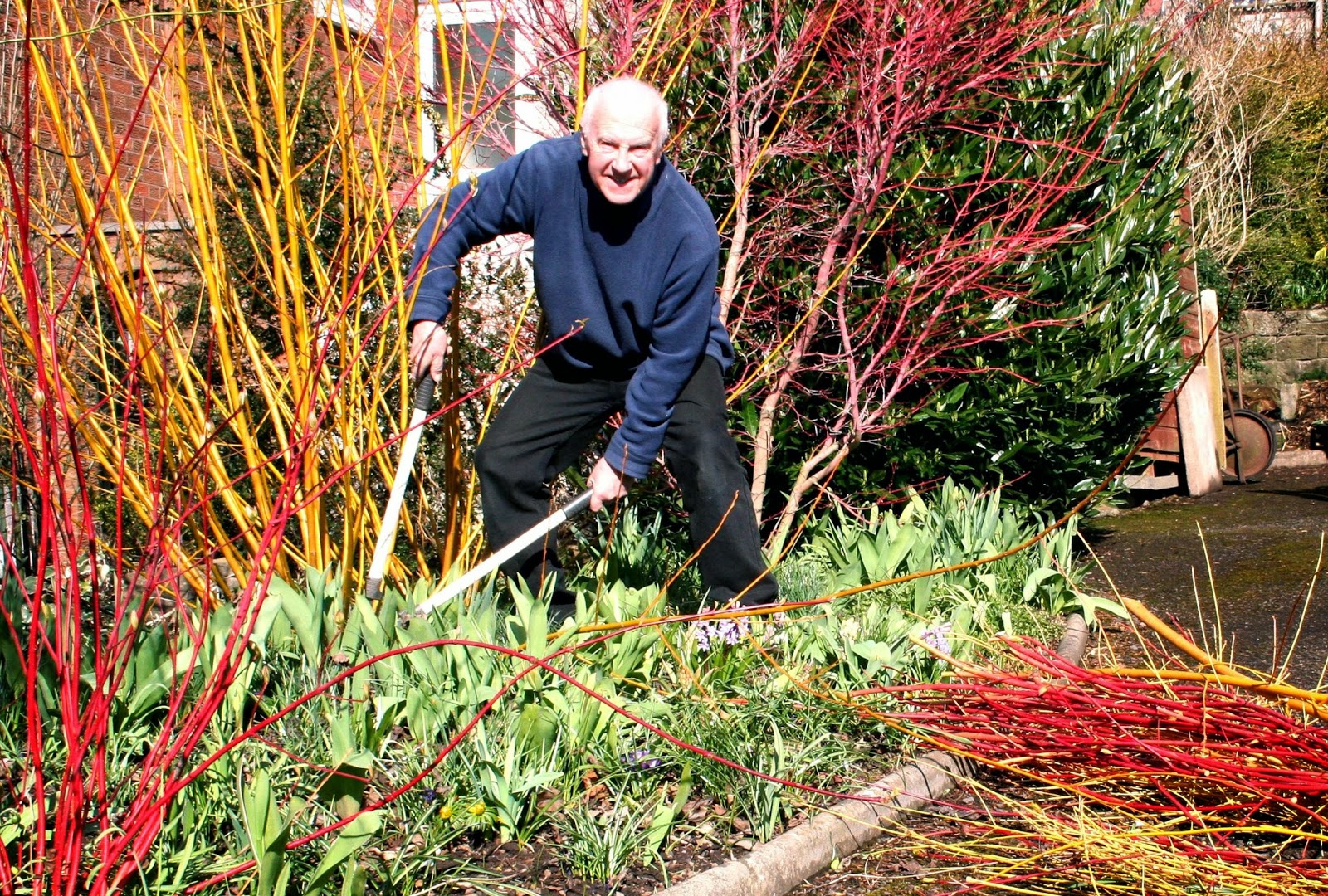 The compost heap is essential for all allotment gardens if you want to grow a worthwhile crop, and there are numerous things you can add to the heap. Annual weeds, vegetable kitchen waste, grass cuttings, shredded paper, wood shreddings from pruned bushes, autumn leaves, old bedding plants and old compost from tubs and hanging baskets.
However we do not need to stop there as soil improvements can continue all year long by using green manure practises. This involves sowing a fast maturing crop from seed which is then dug in as it comes into flower but before it gets a chance to seed. In spring you only need a couple of months to get a good green manure cover, and in autumn crops sown in September can be left as long as

possible as the ground is not needed till the following year. Some types of green manure such as the vetches (tares) are winter hardy so are great if you want to leave a ground cover over winter. The foliage is still active so no nutrients are lost from leaching in a wet winter, in fact they are absorbed by the plants and stored, to be released after the crop is dug in and it rots down.

they rot down. A dense vegetative layer will help to suppress weeds. Clover, field beans and tares are very popular as they have root nodules which absorb nitrogen from the air and store it to be released later as nitrogenous fertiliser when the roots rot down. Mustard is also very popular as it is so reliable and quite vigorous, growing up to five feet tall giving plenty of green matter to dig in. However if your digging skills are a wee bit rough it might be easier to cut the tops down at ground level, rake them off and add them to the compost heap so digging can proceed without leaving a lot of green shoots sticking up. Mustard unfortunately is in the same family as all brassicas, so if you have a clubroot problem on your plot do not use mustard as it will carry the fungus over to the next year. This will also affect radish, turnips and swedes.

You can get two green manure crops in with a wee bit of planning. Late planted crops such as runner beans, sweet corn, courgettes and pumpkins, which don’t get planted till June, allow enough time from a March sowing to get a good green manure crop to grow sufficiently big before getting dug in at least two weeks ahead of planting. Then in late summer after harvesting your early potatoes, sweet corn, onions and broad beans and other crops there is still plenty of time for another green manure sowing. This is when tares are best used as these overwinter just fine. Use clover, field beans or phacelia for a spring sowing.
Always prepare the ground as normal for sowing a seed crop raking to a deep tilth and adding some general fertiliser. This boosts growth and the fertiliser is not wasted as it will be returned to the soil when the green manure crop is dug in and starts to rot.

Start to mow the lawn if the mild winter has given the grass a growth boost, but keep the blades set high for the first couple of cuts. Remove the old grass from the lawn and compost it. Any bare patches can be scarified, adding a dusting of fine top soil and reseeded with a lawn seed mix.
Cut back dogwood, willows, and other shrubs grown for their coloured bark. I take mine right back to ground level and although this may seem severe at the time they soon regrow and by the end of the season they are four to ten feet tall.
Stake any tall growing herbaceous plants such as delphiniums, oriental poppies, peonias and pyrethrum before they get too big.