REVIEW OF THE YEAR


REVIEW OF THE YEAR

The festive season is a good time for indoor garden planning relaxing in the warmth and enjoying a wee bit of festive cheer. Plans for 2016 are usually based on the past years experiences, so it is a good idea to review performance while we can remember our successes and failures.
Whilst we have always been at the mercy of nature not knowing what kind of weather awaits us, we still make the choice of what plants we wish to grow. We are also relying on nurseries and garden centres to supply us with good stock and seeds so that we get what it says on the label, and plants are healthy and grow. I like to experiment, so every year I select new plants to try out, and every year this meets a fair bit of disappointment as some 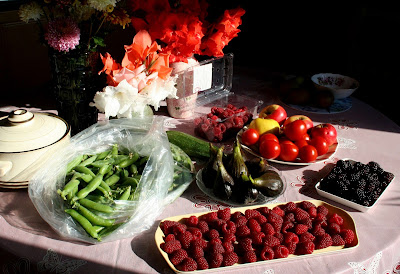 suppliers send inferior stock. I have had wrong variety raspberries supplied, rasps infected with root rot, virus infected vines, purple phlox that produced pink flowers, pink peonies that turned out to be the common red one, and vegetable seed with extremely poor germination. So the failures of 2015 were not all due to bad weather. Our spirits rose at Easter when summer started early and lasted nearly a fortnight. After that it was downhill till autumn. No need for watering on the allotment plot this year. 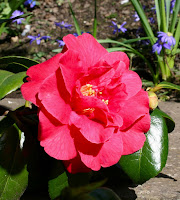 Fruit
Cold weather in spring delayed flowering on all top fruit for two to three weeks, but when trees did flower there was plenty of bees around and everything flowered together so bees were quite fussy and ignored my peach tree. Daily hand pollination helped, but then the cold wet summer favoured peach leaf curl disease and I lost most of the leaves. The fruit could not develop, so most fell off. Apples and pears were the success story giving fantastic crops, though fruit was not as sweet as

I had worried that the poor summer would ruin my fig bush. If the summer had been good I had hoped to get about a hundred figs. The summer never came but still the first figs were ready at the end of August and continued till the end of October by which time I had picked over 150 ripe figs.
Blackcurrants cropped very heavy with berry size the best ever. New variety Big Ben lived up to its name with enormous sweet berries. Similarly my new autumn raspberry Polka produced very large berries, but my new blackberry Reuben was nothing to get excited about. Some of the new primocanes flowered in November so had no chance of fruiting this year.
Vegetables
All leafy plants such as cabbage, kale, salads, leeks and broad beans just loved the weather, and parsnips and carrots have never been better, but beetroot was very poor. It germinated just fine but never swelled up. Similarly Swedes failed to germinate totally, but I put this down to poor seed. 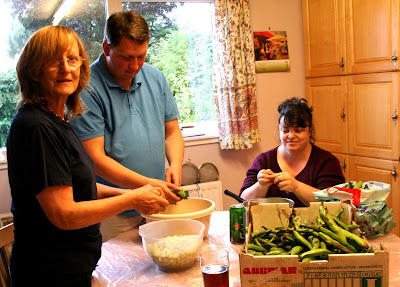 Pumpkins really need a good summer, but I did get three modest fruit from three plants. I usually get two fruit per plant. Potatoes also loved the weather, though blight was a nuisance except on Sarpo Mira which has healthy foliage. Tomatoes were brilliant though I hear others had variable results. I put my success down to good border soil enhanced with compost.
Flowers
Spring flowering tulips, azaleas, camellias and bulbs were brilliant but many summer flowers such as petunias and impatiens failed miserably. It was the geraniums, begonias and fuchsia Mrs Popple that stole the show.

The greenhouse grape vine is now fully dormant, and has ripened up so this is a perfect time to get out the secateurs and do the winter pruning. Vines are prone to bleeding if stems are cut late in the dormant season so complete all the pruning by the end of January. Grapes in greenhouses are grown on upright rods spaced about 18 inches apart. Spurs grow from these rods about every 9 or 10 inches apart and produce the shoots with the grapes. It is these shoots that are now cut off back to the main rods leaving a couple of buds.