ALLOTMENT PLANTING AND SOWING
The soil has not yet warmed up to allow sowing and planting of all crops on the allotment, but hardy crops such as broad beans are safe to plant. Although we have had very little sunshine or warmth at City Road at least it has been relatively dry so the soil can be firmed up, raked level and measured up and marked out for sowing and planting. 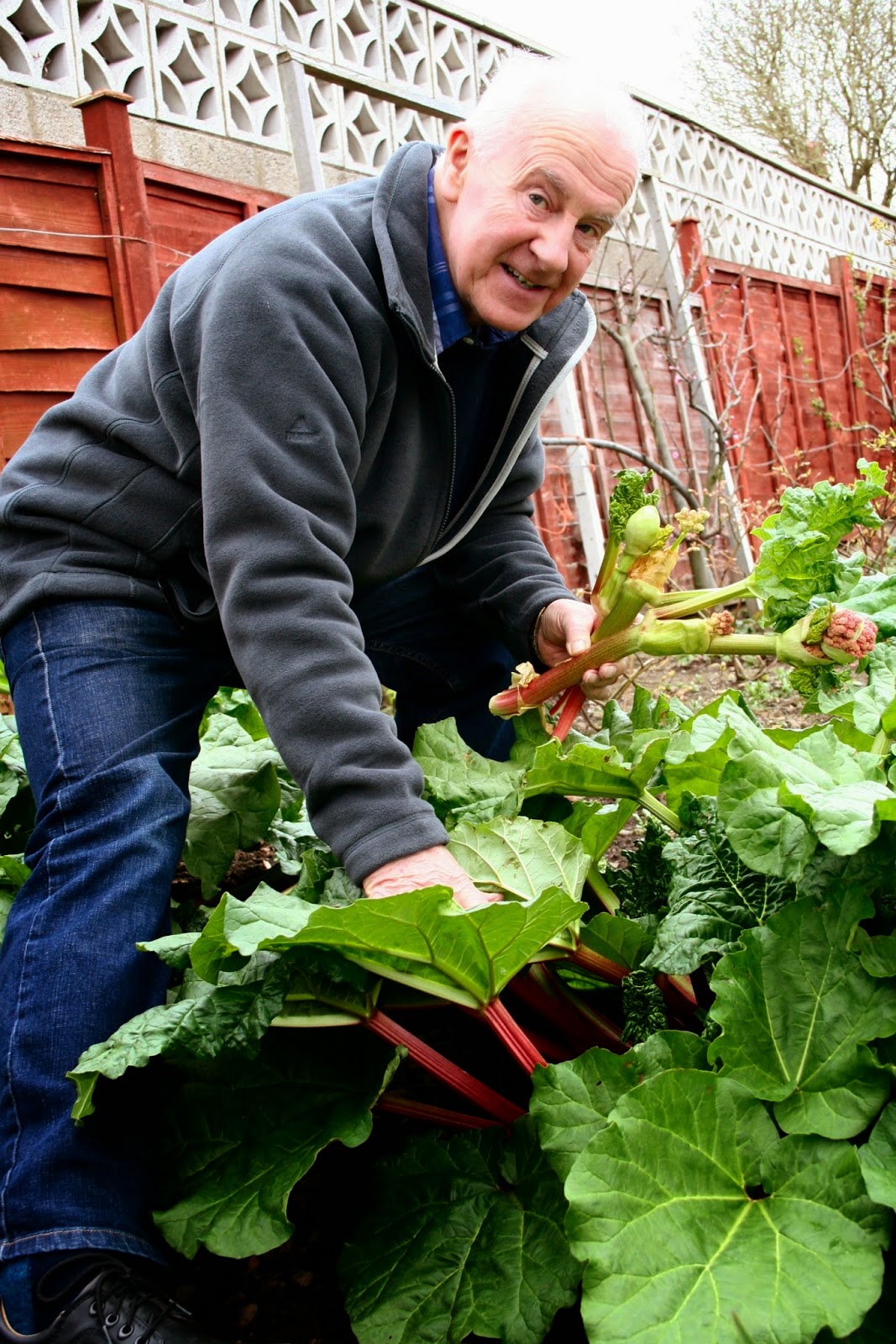 Apart from salads, broad beans are one of the earlier crops to be harvested in summer. I have planted out a double row with plants nine inches apart each way. They go on the rotation section of heavy feeders including other beans and peas, onions, leeks, pumpkins and courgettes. I give the rows a dusting of Growmore fertiliser to get them moving. The taller varieties sometimes need staking, though on our heavier soil they form a strong root system which seems to hold them firm and upright just fine.
Pea Feltham First can also be sown now on well manured and cultivated soil. The peas and beans which follow my cabbage, cauliflowers and sprouts, also benefit from a dressing of lime adding to the soil nearly two years ago in advance of planting the brassicas.
The peas get sown in a flat drill about two inches deep and at least six inches wide spacing the seeds in three rows about two to three inches apart. Although this is not a tall variety it will still need some support once the seeds germinate.
Other vegetables to get sown now include leeks, turnips and parsnip. The leeks get sown thinly in a seed bed row so they can be lifted once they grow to about six inches tall and transplanted.
I will only be sowing a half row of turnips then another half row next month otherwise they are all ready together giving a crop that only lasts less than a couple of months.
Parsnips need a long season of growth on good soil that was manured for a previous crop; otherwise roots are liable to fork instead of giving us one long thick root.

Early salad crops of lettuce, radish, spring onion and beetroot are all growing just nicely in cellular trays on my windowsills. Hopefully by the time this appears in print I will have my new greenhouse erected and full of very happy plants. However these salads are ultimately destined for planting under low polythene tunnels on my allotment. This will make room for my tuberous begonias beginning to sprout at home in a warm room, but would be much happier in my new greenhouse.
Most potatoes will now have been planted, as soil conditions have been perfect although the soil has not yet really warmed up. I chitted my seed potatoes indoors near a windowsill with good light, but in a cool room so the shoots did not get too big.
The first of the rhubarb crop is now ready for pulling, with Timperly Early showing good growth of bright red stems. There is always several shoots ready to produce flowering stems, so cut these off as soon as they are spotted so the plants can conserve their energy into giving us plenty of strong red stems. 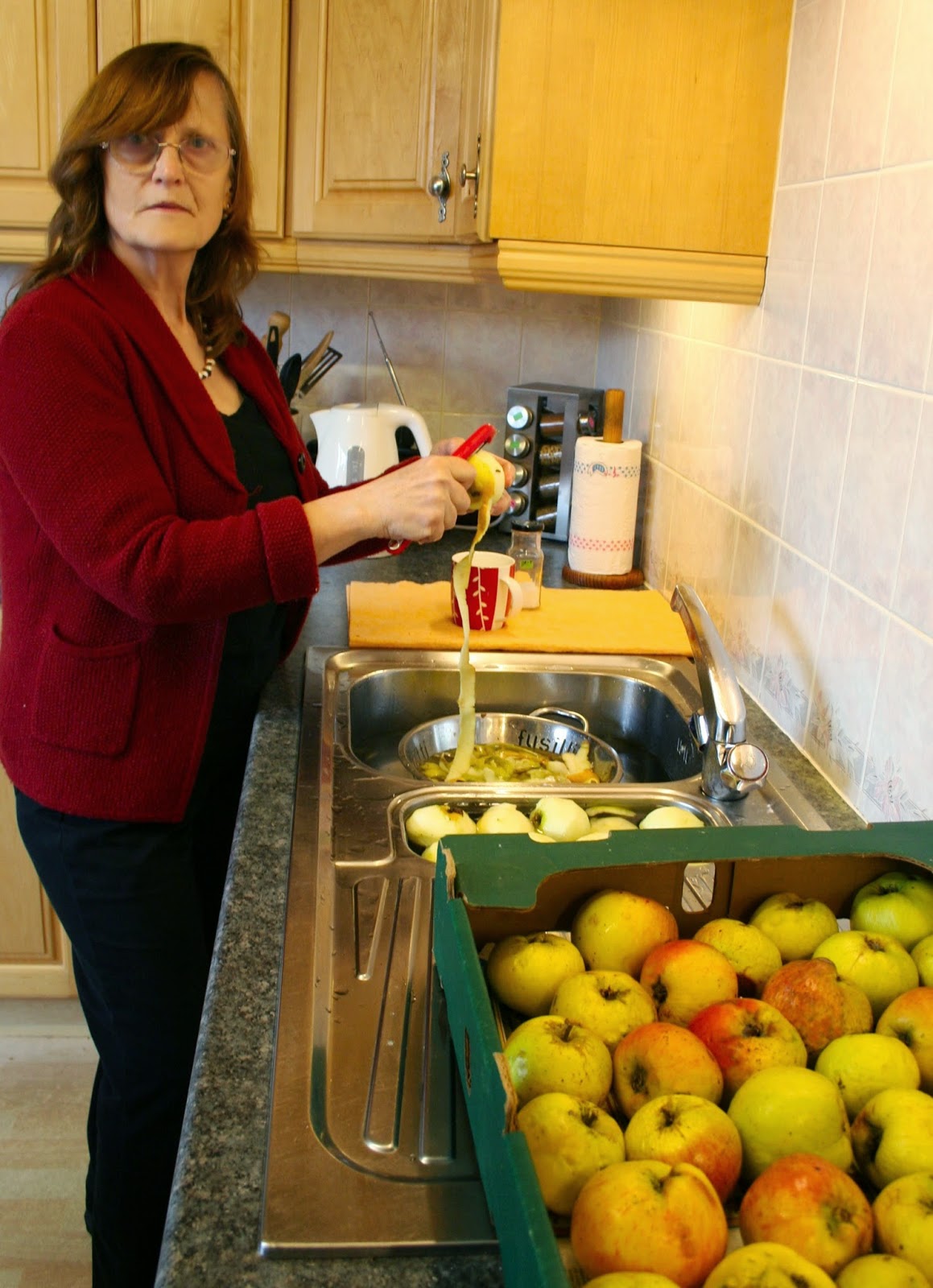 The stored Bramley apples have lasted a long time, but keeping them beyond April is pushing it a bit far. We have enjoyed them for over six months, using them at every opportunity. My favourite is sliced and fried together with my bacon, eggs, tomatoes and mushrooms.
Surplus apples have been brewed into ten demijohns of wine, but there was still one huge box left. Brown rot can quickly spread, so Anna took control of them in the kitchen. After washing and removing any damaged bits, they were peeled and dropped into slightly salted water to stop them going brown. Then washed again to remove salt, cored and sliced before packing into freezer bags of about one pound weight. These will keep us supplied with apples till this years crop is ready next October so we can always enjoy crumbles, pies, stewed apple, and apple Charlottes. 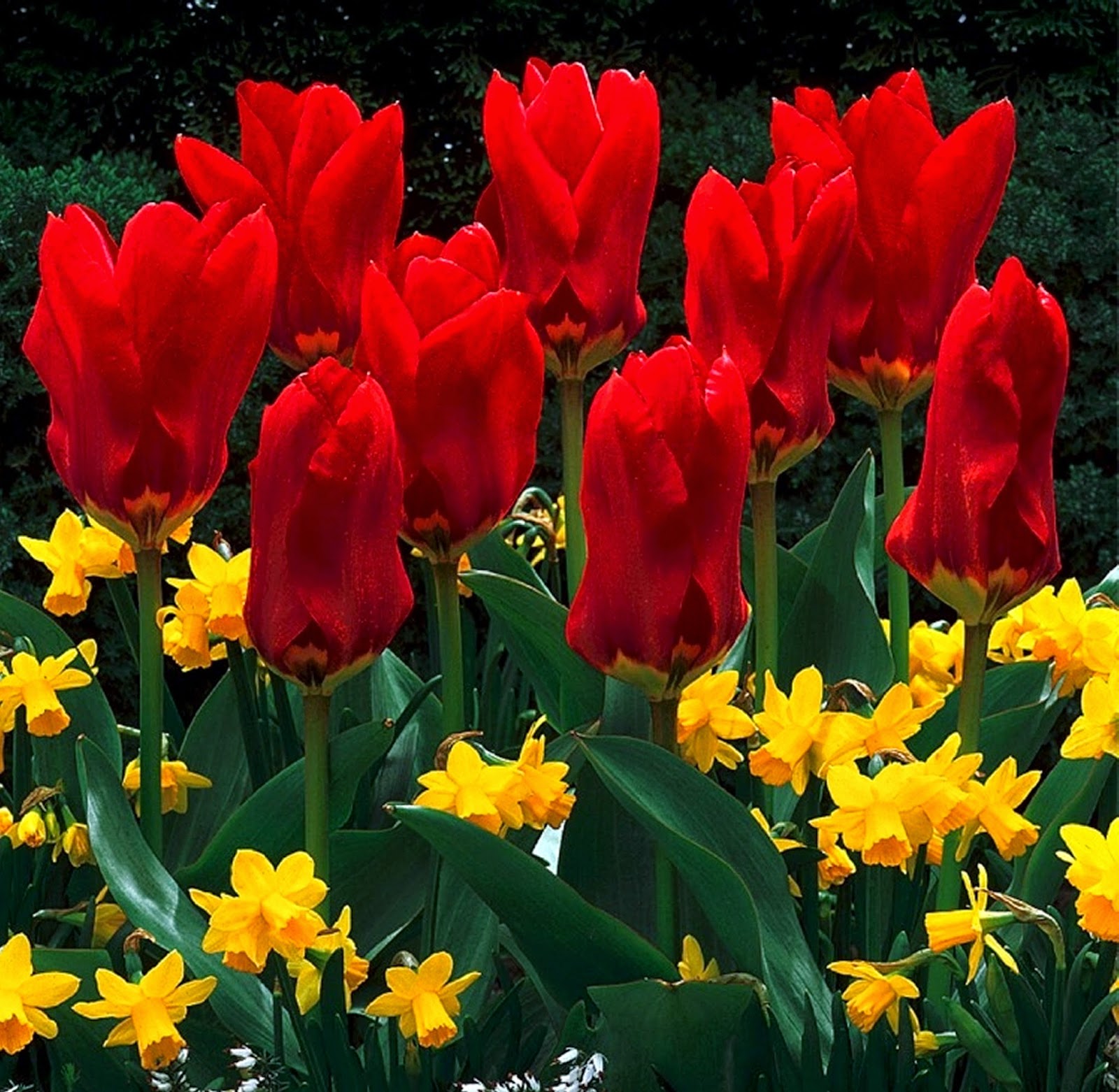 Tulip fosteriana Red Emperor. This old variety, (I was planting it in Dawson park in 1960) is still very popular as it is very early, reliable, and has large heads of dazzling scarlet. It is also known as Madame Lefeber and is great alongside daffodils and narcissi planted underneath a forsythia bush as they often all flower together.