SPRING FLOWERING SHRUBS
The Easter holidays certainly brought in a change in the weather. While we were moaning about the cool spring in early April, all of a sudden the summer arrived as the cold winds subsided. As the sun came out the garden responded in all its glory as everything seemed to want to flower at the same time. Spring bedding, tulips, daffodils, ground cover candytuft and aubretia, numerous shrubs and trees in flower together made a huge floral display. However there is always a down side.
My Victoria plum tree is putting on a spectacular display covered in a mass of flowers, but screaming out to get pollinated so it can produce a crop. Last year one solitary bee spent several days up my tree and I got a brilliant crop. He never came back this year and none of his mates are around either. The plum is flowering later this year and there are so many plants in full flower that what few bees are around are spoiled for choice and it seems the plum is not their favourite. 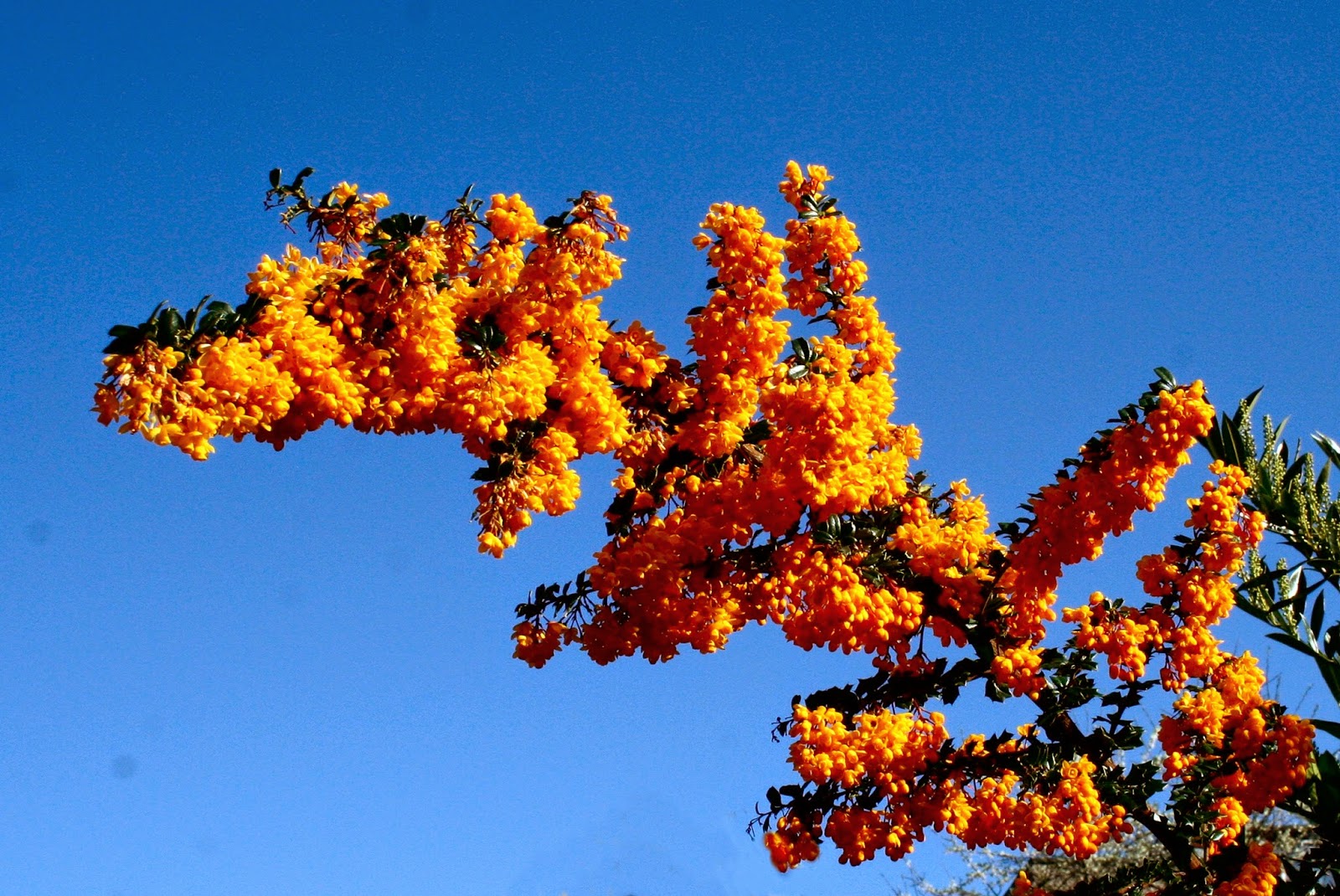 Only time will tell if my flowers get pollinated and the huge potential plum harvest materialises.
My berberis darwinii planted below my plum tree is usually favourite for attracting bees, but although it is full of dazzling bright orange flowers I can see no bees on it this year.
I have not seen such a wealth of spring flowers on garden shrubs for a long time.
Usually it is the rhododendrons and azaleas that give us spectacular displays, but this year everything seems to be at its best. 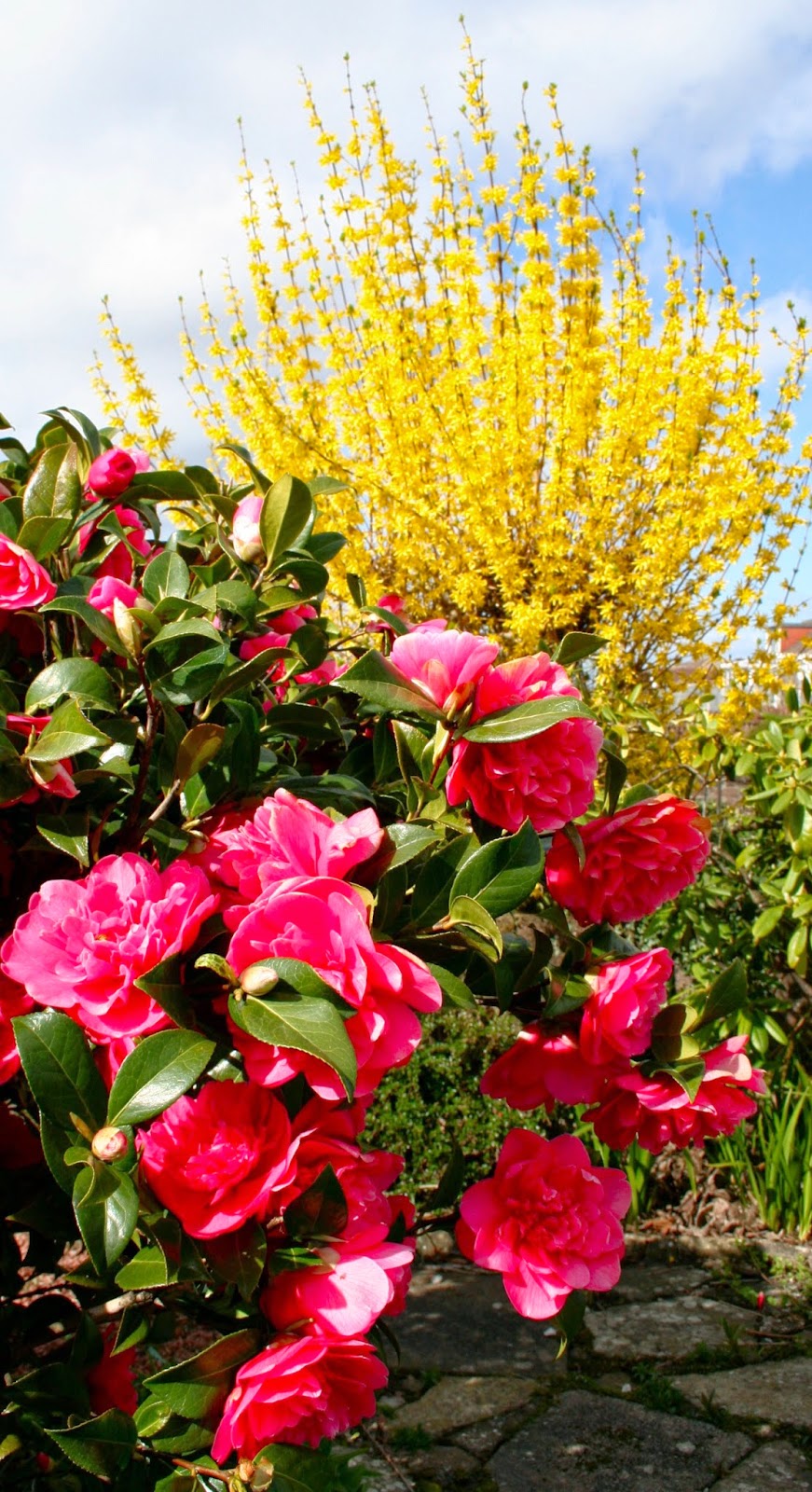 My early rhododendrons have finished flowering, but there are so many varieties around that flowering can continue for very many months. The dwarf evergreen azaleas are only just starting to flower.
Camelias have always been an essential garden shrub. They are attractive all year round with their glossy evergreen leaves then in spring get covered in white, pink or scarlet flowers. Like rhododendrons and azaleas they like acid soils, mulching with leafmold and a well drained but moist soil in a dappled shade location. Some can grow quite tall attaining small tree status so allow them plenty of room, though they can be pruned after flowering to control size.
Magnolias are also putting on a great show this spring. The smaller magnolia stellata can always be relied on to give a great display of pure white flowers, but if you can spare the room the much bigger magnolia soulangeana can create massive impact for a good couple of weeks. The large goblet shaped flowers come in white, pink and purple shades. This plant will grow into a large spreading tree so only plant it if you can spare the room. However it can be pruned to reduce size after flowering, but this will also cut out some of the following years flowers.
Viburnums come in a range of sizes and shapes with the variety tomentosum mariesii and Lanarth having horizontal branches covered in white flowers. Several types such as carlesii, juddii and carlecephalum all have pure white rounded heads of highly scented flowers. They may not be spectacular but the scent makes growing these ones very worthwhile. 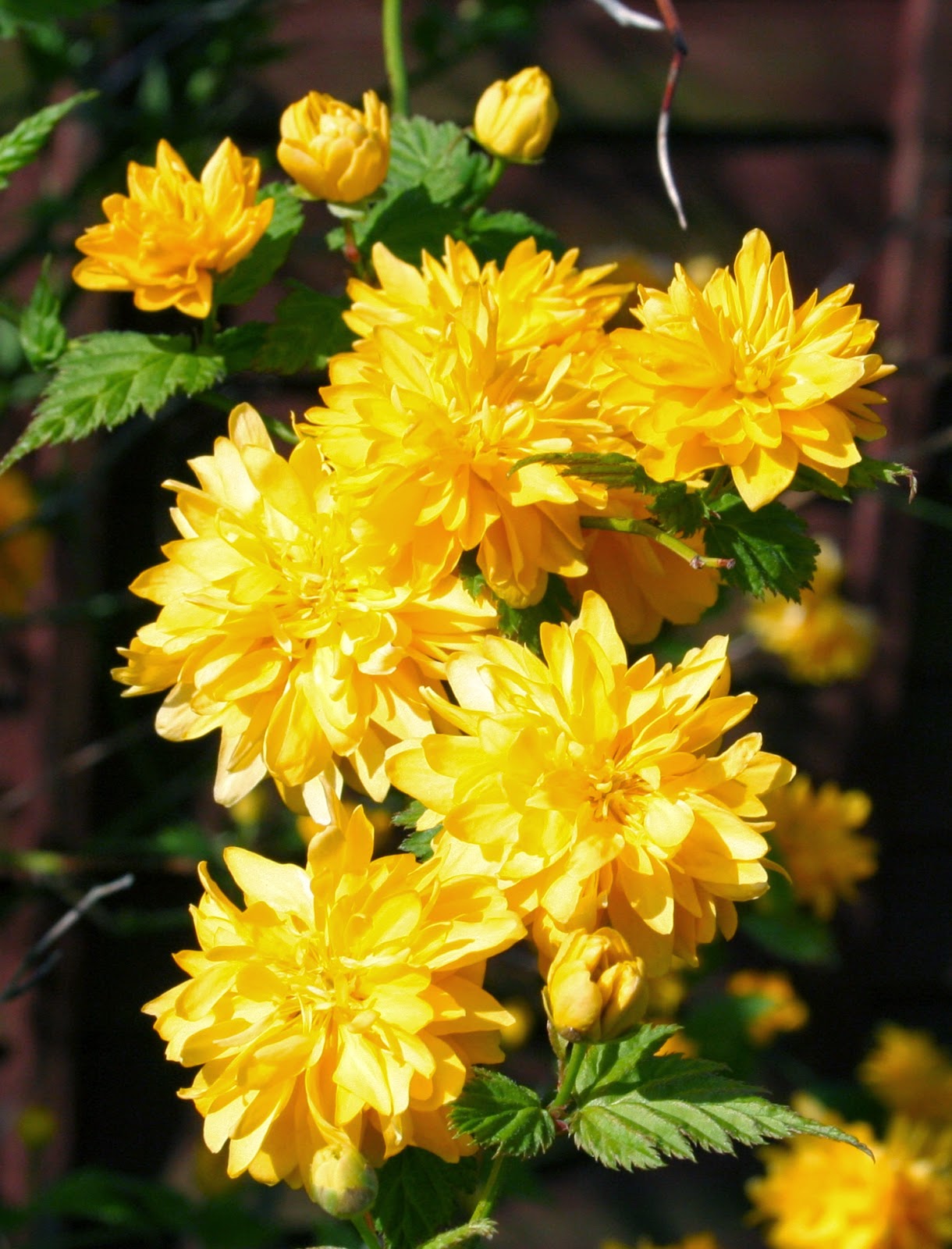 Another white flowered tall shrub or small tree is the Amelanchier canadensis also known as the snowy mespilus. The variety Lamarkii has a more upright shape and Obelisk is a columnar form.
While these are all ornamental, Amelanchier alnifolia is the large fruiting type which still has masses of white flowers, but these then produce ample fruit crops to harvest.
One of the best forms of flowering quince is chaenomeles Crimson and Gold with scarlet flowers. The bush produces several large quince fruits which can be used to make jelly, liqueurs and marmalade. The fruit is very high in pectin and vitamin c, but is best used after it has been frosted to make it softer.
My favourite golden flowered shrub in spring is Kerria japonica which gets smothered in small yellow flowers packed along arching branches. It is also very attractive in winter with its bright green stems. It will grow six foot tall but cut out some older shoots each year after flowering.
If you have poor dry soil a perfect choice would be some of the Cistus shrubs with white, pink or scarlet flowers. These only grow a few feet tall but are evergreen, so are great for dry ground cover and smothering out weeds. Other spring flowering shrubs that do well on dry soil is the Senecios as well as all members of the broom and gorse family. The best of these include Cytisus praecox and the dwarf Spanish gorse bush Genista hispanica.

Aubretia may well be common as muck, and it was always present in everybody’s garden in St. Marys, but it did give a great display flowering together with white candytuft and the golden alyssum saxatile. They were a great ground cover on banks and cascading over walls and wee bits pulled off and given to a neighbour always seemed to grow. They are also a great backdrop to displays of tulips and daffodils. Aubretia comes in a range of warm colours from deep red, pinks and mauves.