It seems to be a good year for apple crops. A lot of top fruit suffered poor pollination last spring as the very mild winter brought flowering forward before the bees got their act together. However apples flowered a wee bit later and managed to get pollinated just fine. The hot, sunny and dry weather in June and July helped growth and swelling of the apples but the cool wet August gave them a fright. It was such a contrast that many of them got a bit confused, thought autumn was arriving so started to drop the apples before they were ripe. It was a daily task to collect these from the ground before the slugs and wasps found them and bring them indoors to ripen up. 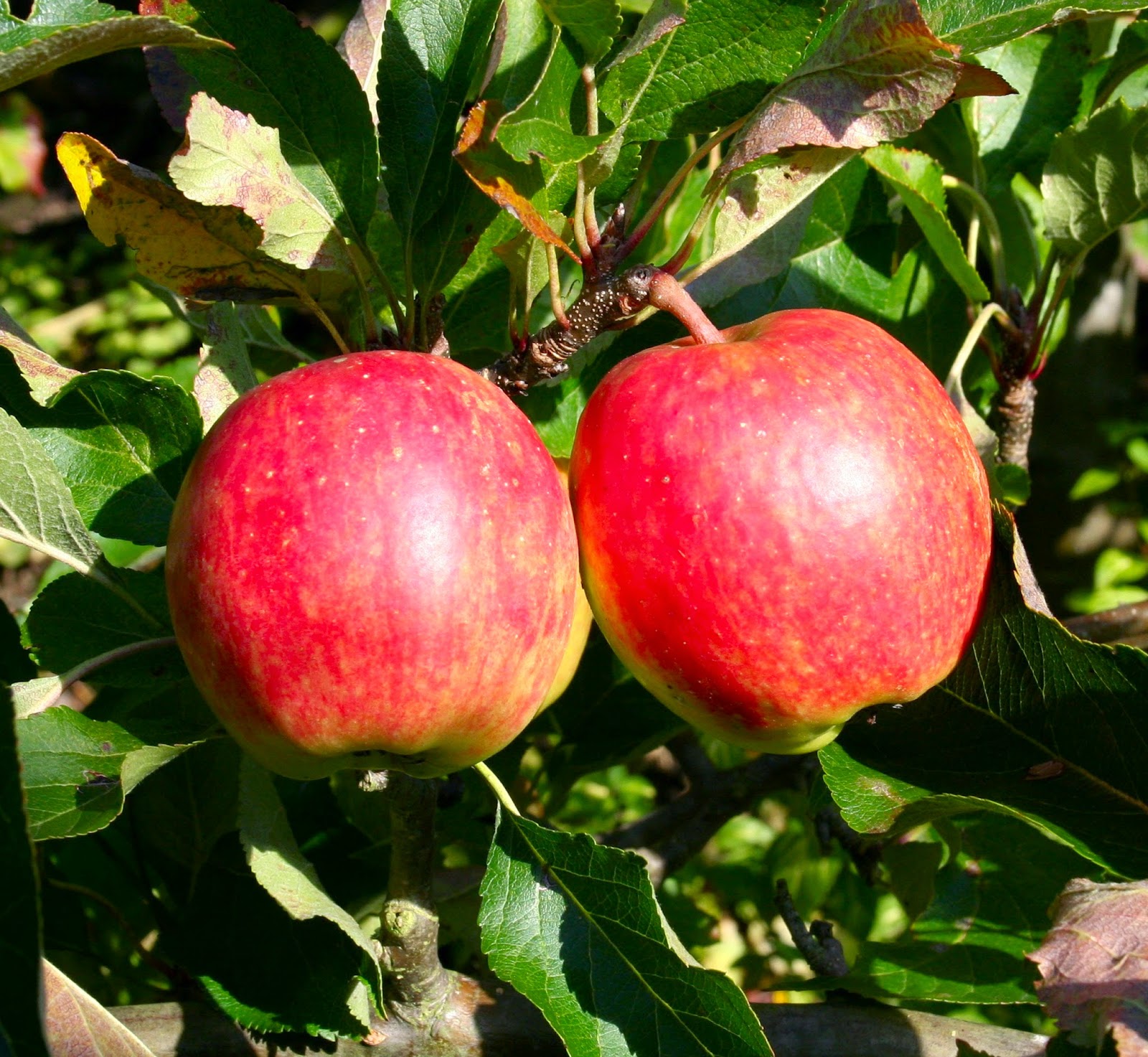 Test the wind falls to check ripeness by cutting in half. If the seeds are black the apple is ripe but if still white or just turning colour it is not yet ripe, though you can still cook with them.
As usual Arbroath Pippin all got picked in August but suffered a lot of brown rot in the wet weather. It is a poor keeper so it was an apple a day till they were all gone.
Discovery was the next to get picked, and although the apples were massive the total crop was not huge. Maybe I was over zealous with the July thinning. 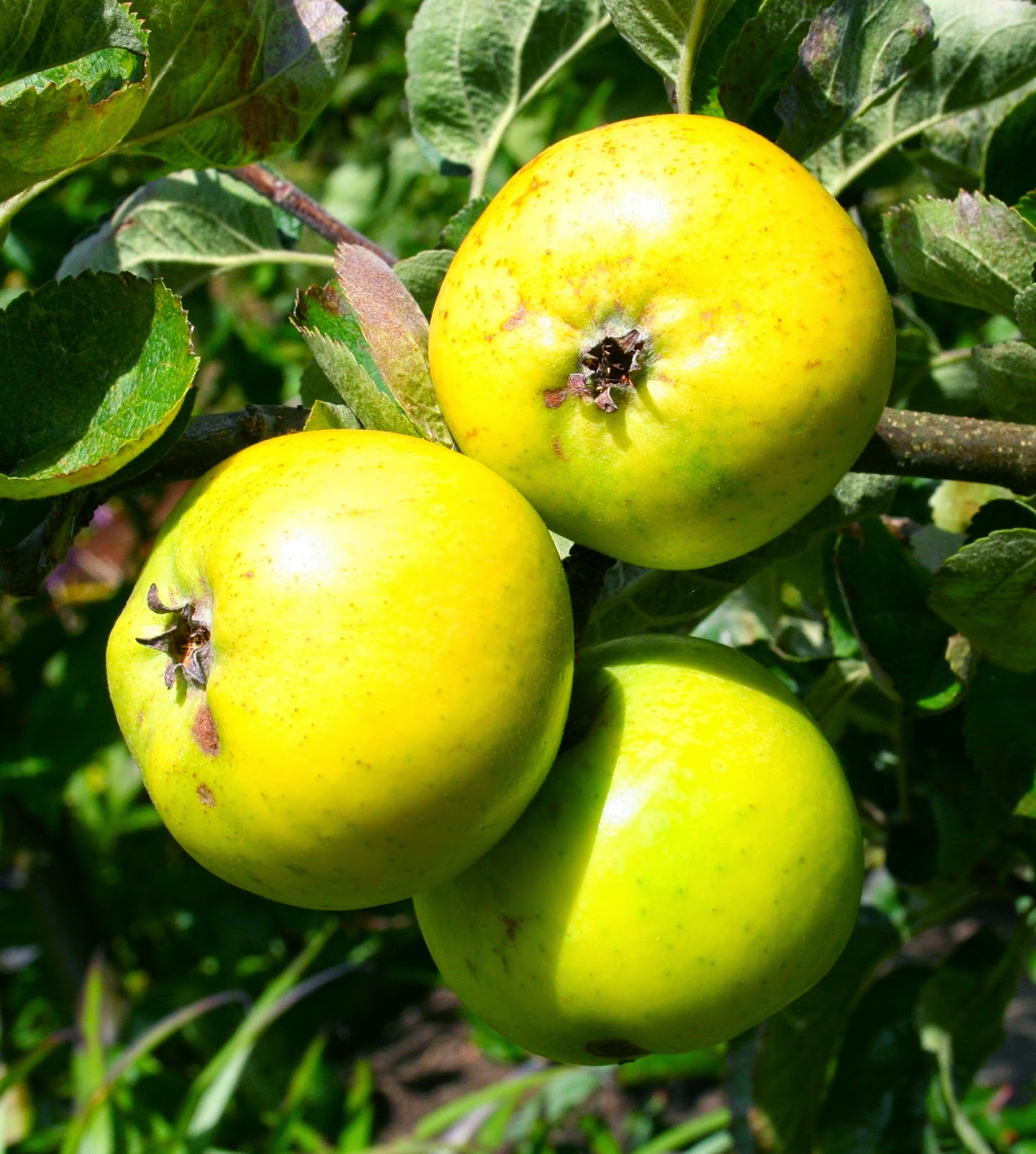 Red Devil was surprisingly very early to shed the crop this year. It normally hangs on the tree till well into October as it ripens quite late. My crop this year was all picked in September before they all fell off the tree. They are now in store and will continue to ripen and keep well for months.
Fiesta and Red Falstaff are still on the tree as we need more sunshine to ripen them up, but if bad weather or gales threaten they will need to get harvested otherwise they could suffer too much damage dropping to the ground.

Bramley cooking apples are also on the tree catching as much of the late sun and warmth as possible before picking. If the autumn is kind I will leave them on the tree till the beginning of November. They are not slow to let you know they want harvesting as they will start to drop off the tree so I keep a watch over them, though this year’s crop is just a fraction of last year’s crop. Might only have enough spare for two demijohns of wine whereas last year I got eight demijohns with the surplus apples.

Apples need sorting out before storing so they keep well. We wash all the dirt off, dry them, then sort them out, but keeping all varieties separate. Only store clean disease free and undamaged fruit otherwise they will rot in store and spread to healthy apples. However the damaged fruit can be used for cooking in numerous recipes including stir fries, sauces, compote, summer puddings and crumbles.
They are also fine to eat when ripe but just cut off the bad bits.
Small fruit, misshapen fruit and those with only slight damage are separated out for wine making as I just love my Sauterne styled apple dessert wine. These apples are also just fine for juicing or cider making. Juice can be bottled up and will keep for two to three days  in the fridge or even longer up to six months in the freezer. 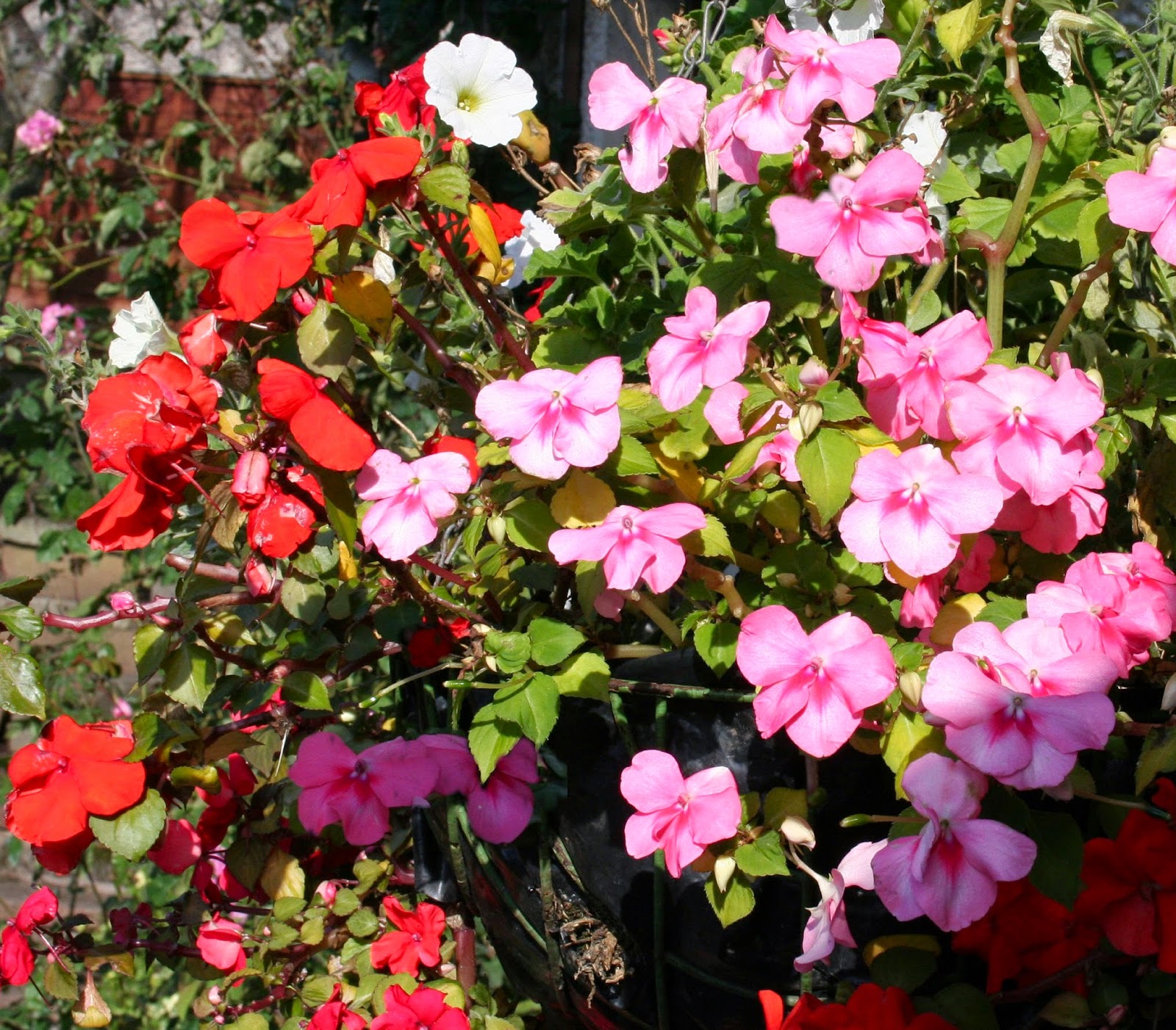 gets a second mention as my plant of the week as it has had a fantastic year and although we are now getting cooler nights it is still flowering its wee heart out. They have been outstanding in my hanging baskets and in a well drained border that only gets sun for a couple of hours each day. This ground is undisturbed as it is a drift of aconites. These flower in February, grow in March to April then die down for the summer. It is a perfect spot for a carefully planted batch of small Busy Lizzies to add colour in summer and early autumn before leaving the ground for the aconites.