CHECKING OVER THE FRUIT CROPS


CHECKING OVER THE FRUIT CROPS
The fruit season is just about starting as the early strawberries under my polythene tunnels begin to show the promise of the first fruits. To make sure we bring in a decent harvest crops must be checked for pests and diseases and birds. The mild winter has helped most fruits, but not all as some prefer a period of cold weather with frosts to keep them dormant and give them a decent rest. Frost also helps to kill off some pests and diseases. Plants are affected by weather patterns occurring in the two previous years as well as last winter. The wet year of 2012 did not help to ripen up wood for fruiting last year so some crops failed to produce any fruit. However this helped them to build up their strength in the off year and now this year there is a huge potential crop everywhere. 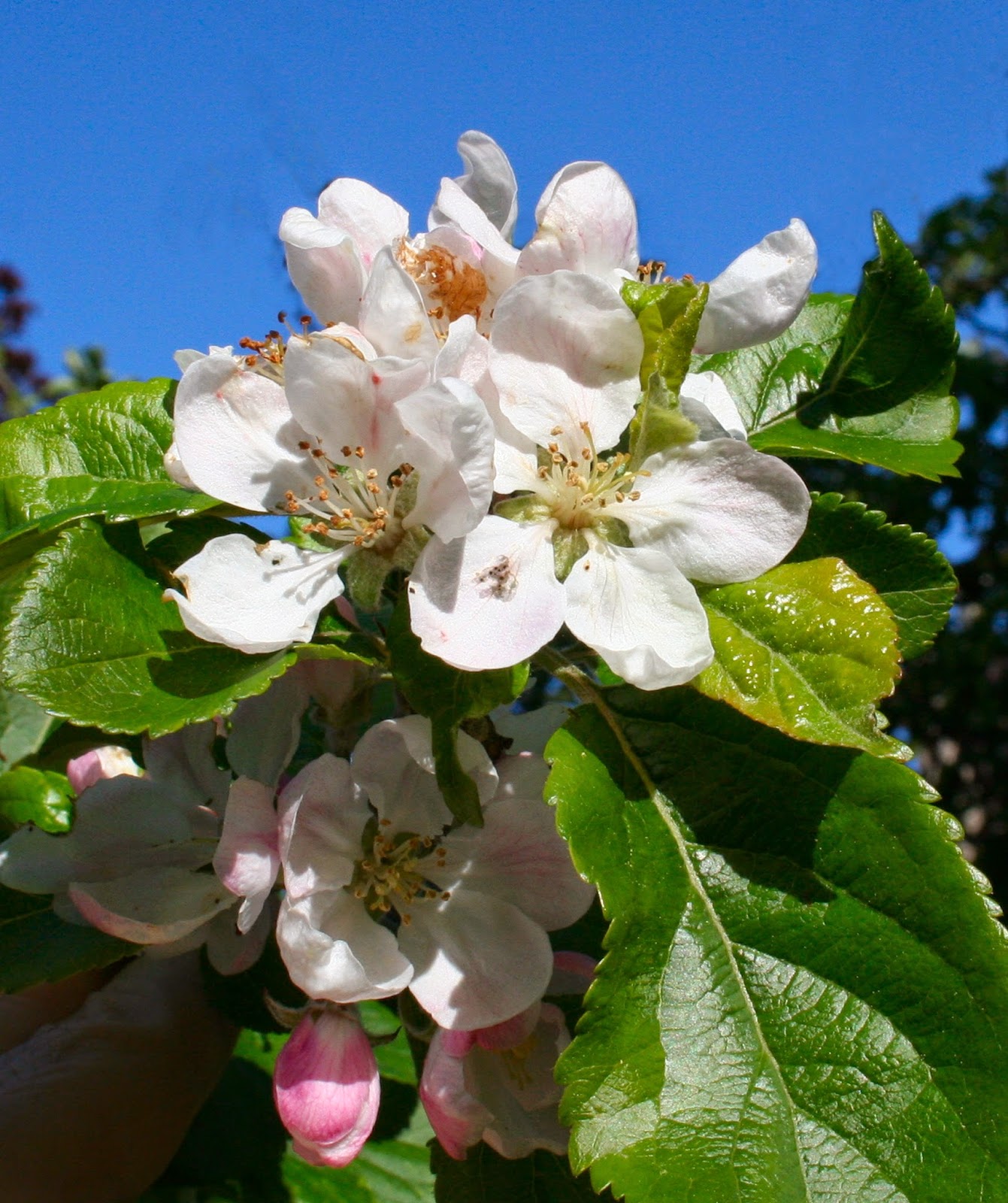 Top fruit
As usual apple Arbroath Pippin was very early to flower and now there are plenty of young fruitlets. Last year all apples cropped very well, so this year although there was plenty of flowers, I reckon they are a bit down on last year. Fiesta has a tendency towards biennial bearing and last year cropped brilliantly. I expected a poor result this year, but it had plenty of flowers so looks like another bumper year.
My pear tree has not given any fruit for several years but had been grafted with new varieties which take time to grow before ripening up fruiting wood. This is their year, with plenty of flowers and ample small fruits forming.
I reported a few weeks back that although my plum was a mass of flowers I never saw a single bee anywhere near my tree so I was not hopeful for a crop as the flowers need insects for pollination then warmth for fertilisation. Someone must have been on nightshift, as there are plenty of wee plums along most branches. The tree suffered a major attack of greenfly, so I had to get the sprayer out and give the whole tree a good soaking with insecticide. 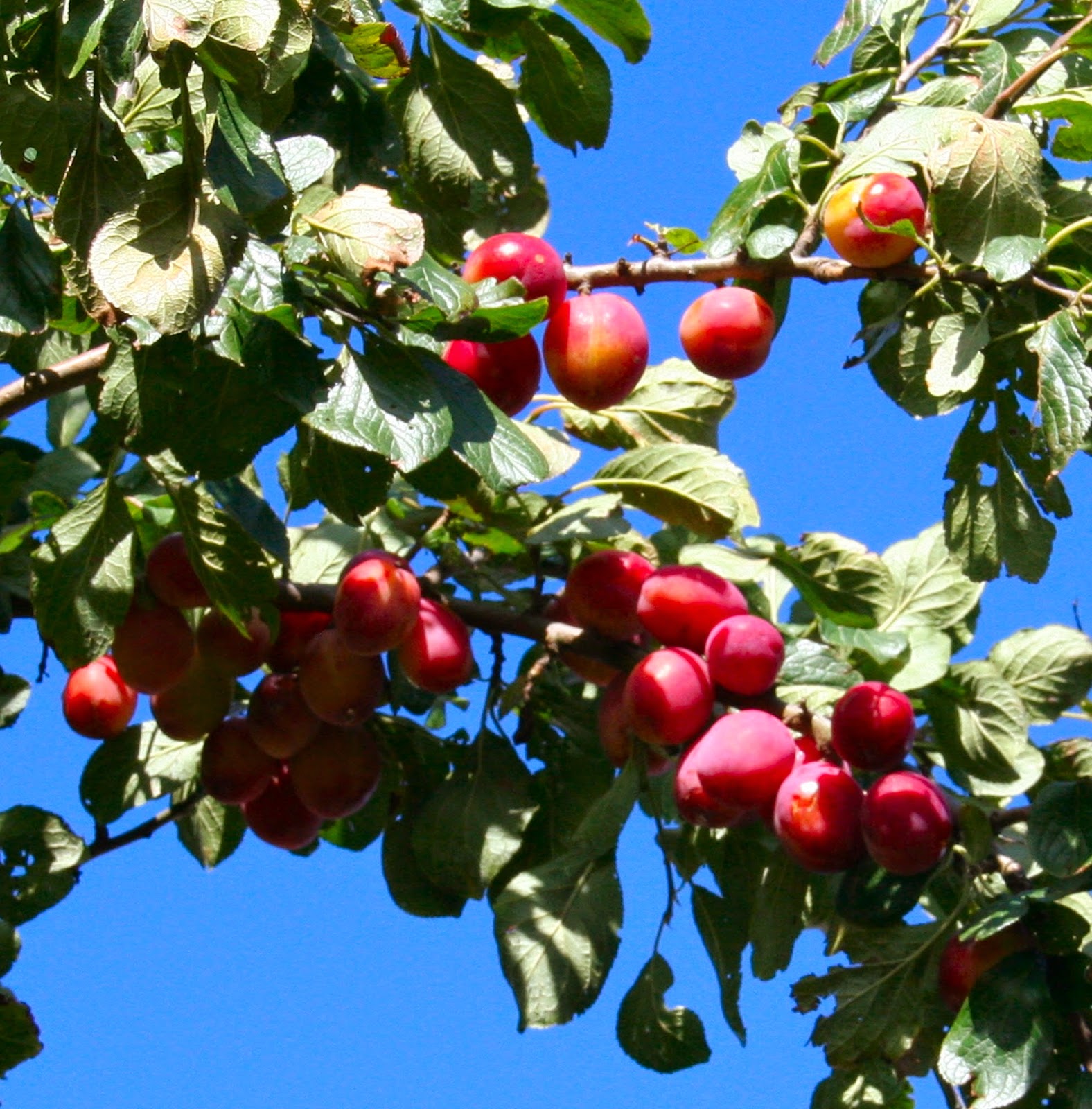 Cherry Cherokee was also a mass of flowers and now a good crop of cherries are swelling up. So far no signs of blackfly, but I will keep checking as they can build up quickly.

Soft Fruit
Strawberries look very promising, but I have scattered some slug pellets around just in case a wet spell comes along. They will soon need to be bedded with straw to keep the fruit clean from soil splashing when it rains.
Gooseberries appear to be having a huge crop, but I will keep an eye on them as no doubt the sawfly will have a go at them soon. Growth is also strong, so some summer spur pruning will get done to assist easier picking. Some greenfly attacked the tips, so an insecticide spray was needed. Blackcurrants were also infected by greenfly so got sprayed at the same time. Roses nearby also needed the spray as greenfly seem to be having a field day.

Exotics
Peach Peregrine was hand pollinated as there was no signs of any pollinating insects. At this moment I would appear to have about thirty young peaches on my tree, but a lot of things can happen so I am hopeful, but time will tell if they all ripen. Peach leaf curl disease is still a problem even though the tree has been sprayed frequently. I remove all infected leaves as soon as they are seen. 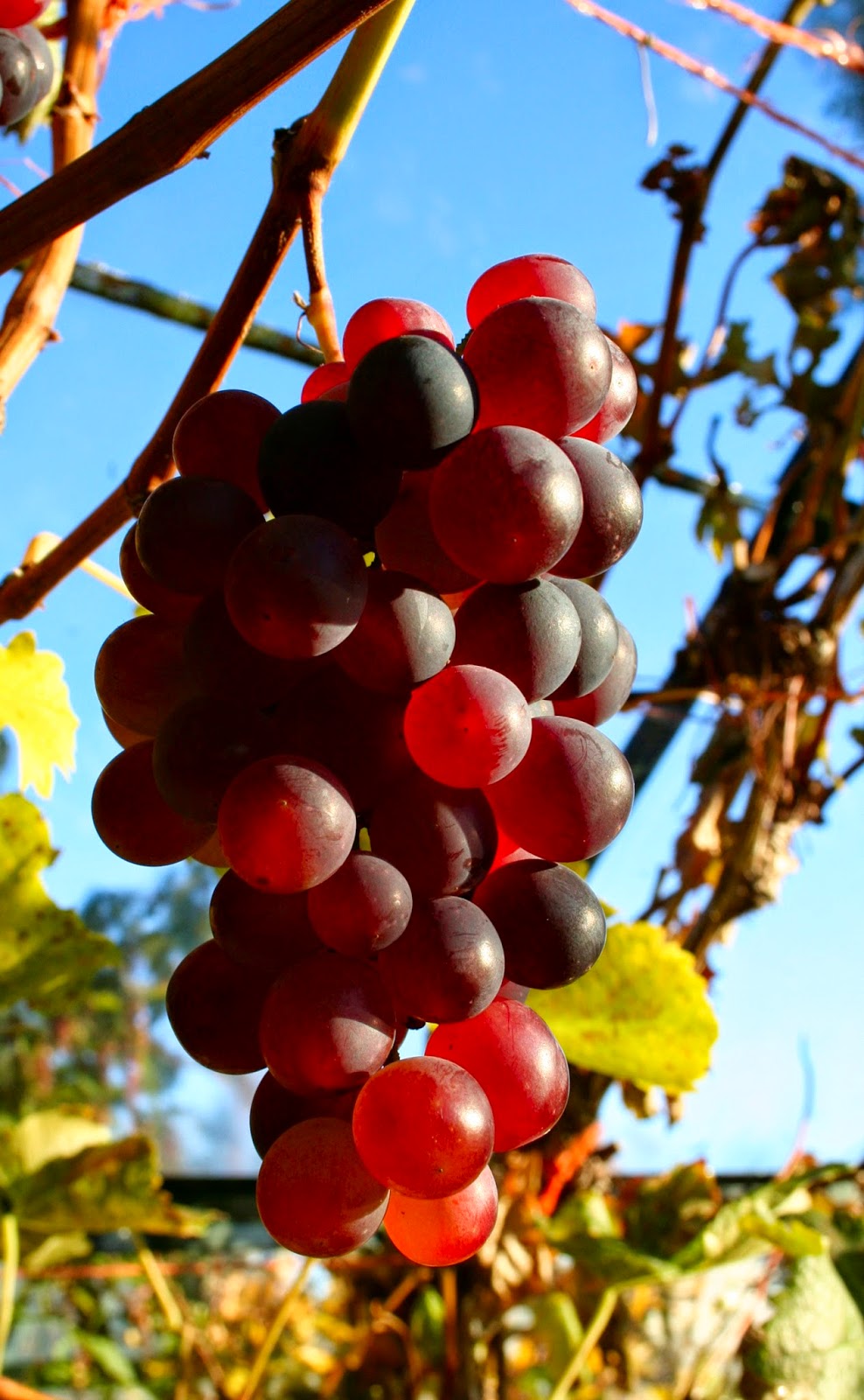 Figs just loved the mild winter and now I must have nearly a couple of hundred wee figs. However it is too early to judge as I expect a fair few to fall off.
My Goji did not survive the mild winter. I can see no obvious reason for its demise. However the most likely cause could be the spread of the root rot phytophthora introduced on raspberries several years ago. They died within two years then many other bushes died down the slope from the rasps. There are many strains of phytophthora that can infect plants. The reason I have this as the culprit is that I have also lost my two outdoor grape vines which were brilliant all last year and even fruited, but none has grown this year. Grapes Phoenix and Rondo were planted where the diseased rasps used to be. Other grapes not in this area are all doing very well. Disease spores could be getting transmitted in my garden compost, or by soil on my boots as I walk over my plot.
Greenhouse grapes are all showing plenty of bunches so I will let these grow a bit longer then start my pruning by tipping all the fruiting shoots at two leaves after the last bunch. Later on in summer all shoots get stopped at one leaf otherwise they will take over the greenhouse.

Bluebells can be very attractive planted amongst trees and allowed to spread into thick drifts. However take care as they can soon become very established and will want to spread well beyond their intended area. The bulbs can be quite deep in the soil and also spread by underground runners and seed on the surface. Do not compost the bulbs or seed heads as these will all grow again.