EARLY SUMMER FLOWERS
The spring flowers have long since faded away and the summer flowers are only just getting started but the year has been very favourable so there seems to be no shortage of flowers around with herbaceous plants, shrubs and rock garden plants. It is possible the long hot summer of 2013 helped to ripen up buds in autumn then nothing much suffered in the mild winter so now we are reaping the rewards when the climate is in our favour. 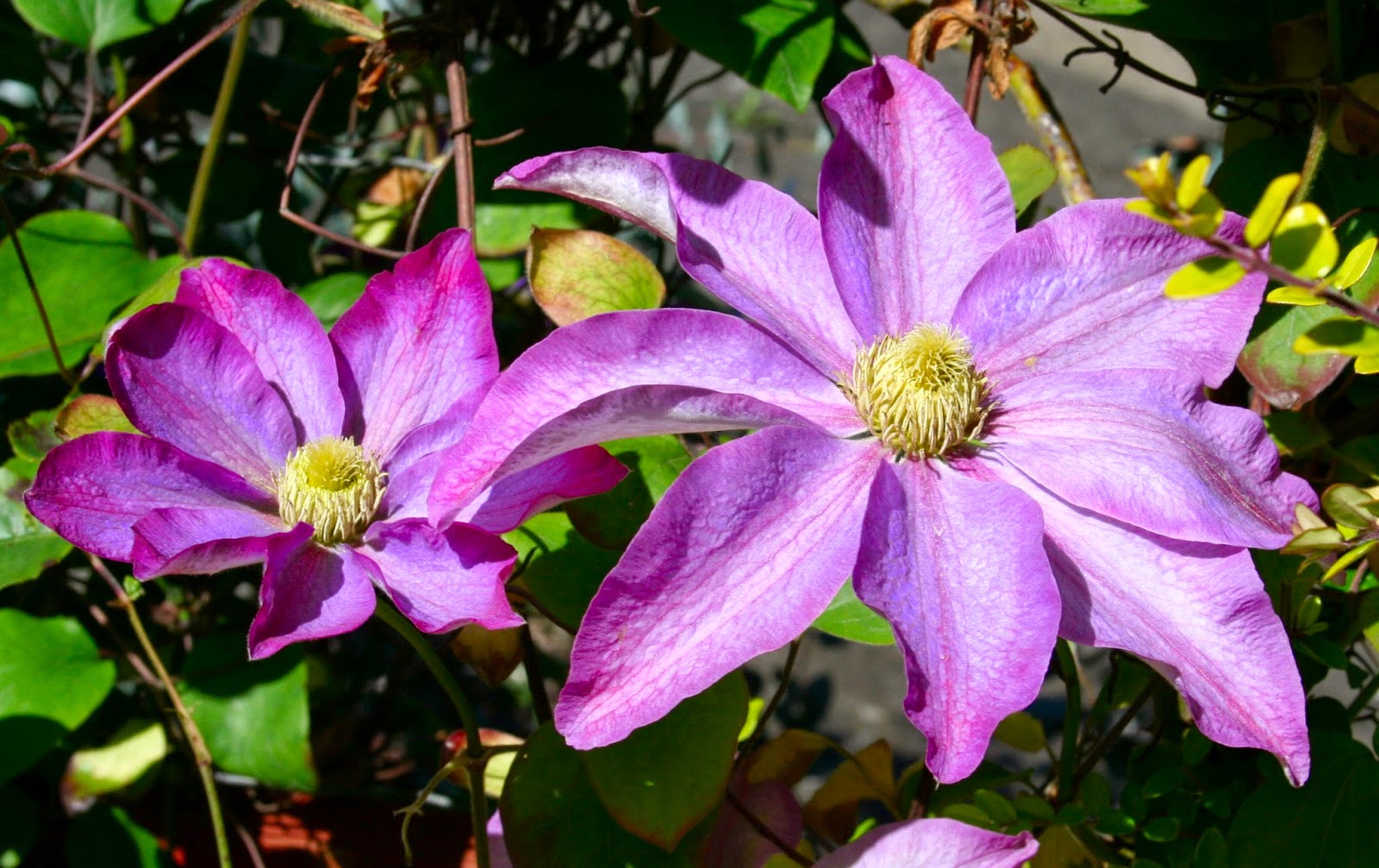 Early summer can be a bit quiet when the roses and summer bedding plants are only getting started, but then the herbaceous border comes alive, clematis adorns our fences and the air is heavy with the scents of the deciduous azaleas and lilac.
Azaleas and rhododendrons have been fantastic this year from early February right through till June. It has been cool and moist with some strong winds but not enough to worry the garden plants.
The brightest dwarf azaleas I have seen are those in the open fully exposed to the sun. Although a lot of these shrubs are recommended for cool moist positions with dappled shade as they cannot stand drying out, we do not often suffer too much drought and scorching heat in Scotland so full sun seems to suit these plants just fine.
This year my ceanothus thyrsiflorus, now about ten years old has settled down and instead of putting on loads of growth it has covered itself in a mass of bright blue flowers. The bee’s just love it and one bush had about thirty bees all working away happily. Where were they a few weeks ago when I needed them to pollinate my plum, pear, peach and apple fruit trees. 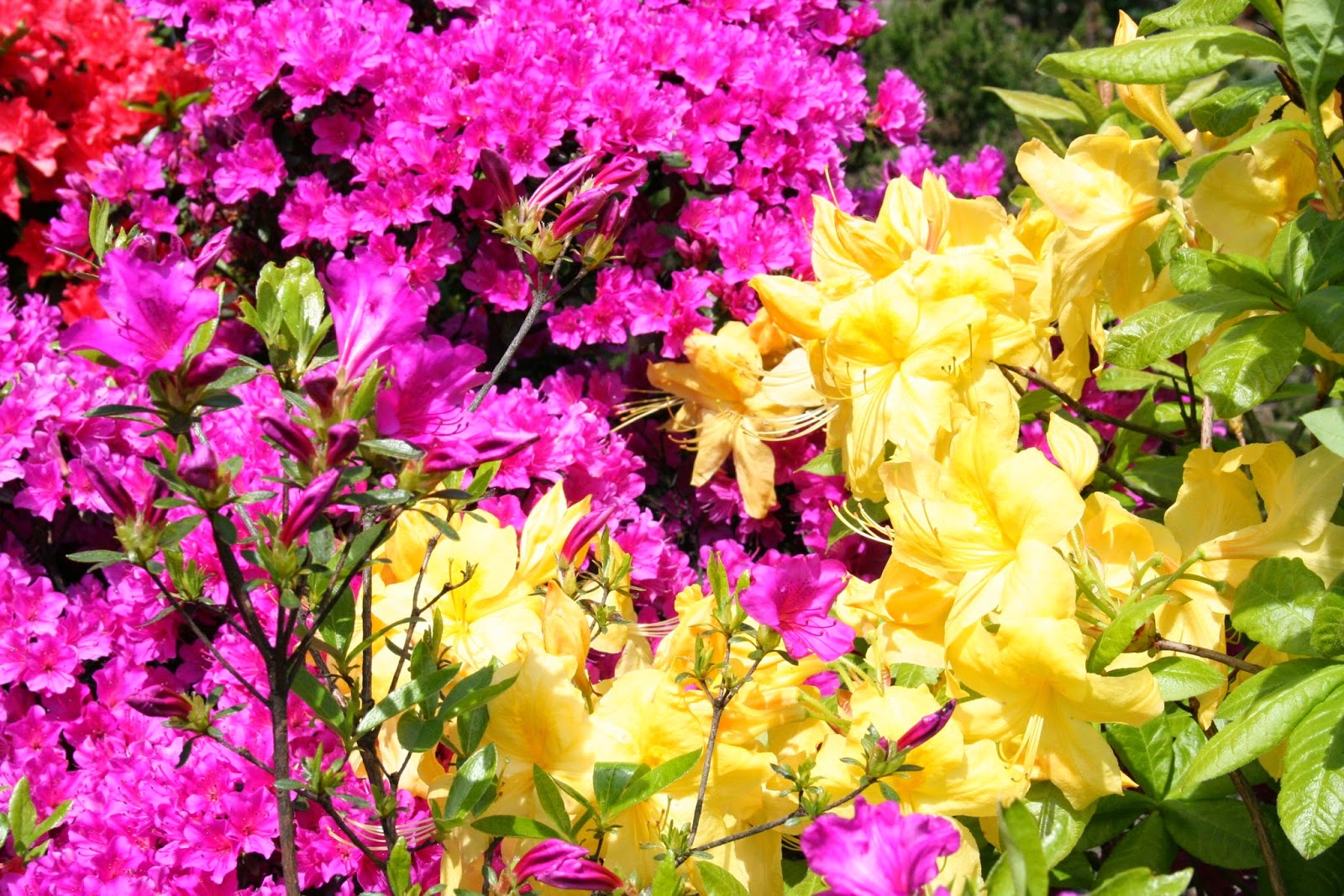 They are also having a great time now that my oriental poppies have started to flower at the back of my herbaceous border, and there is no shortage of them on my chives at the front of the border.
I have a small group of dwarf evergreen azaleas as well as some taller deciduous ones and keep the low growing theme going with drifts of heathers. However to add height I have planted the taller tree heath Erica arborea. It is very slow growing but at eight years old has now reached four feet tall. Every year in late May to June it is covered in scented white flowers which also attracts loads of bees. Every time you disturb this heath in flower it sends out a cloud of pollen which is quite a sight to see. Unfortunately once the flowers die the stems are left quite bare as growth restarts from the top of the shoots.
Another shrub in full flower just now is the Cistus Silver Pink and Cistus purpureus. The flowers do not last very long, but there are a lot of them so these low growing evergreen shrubs still put on a marvellous show. 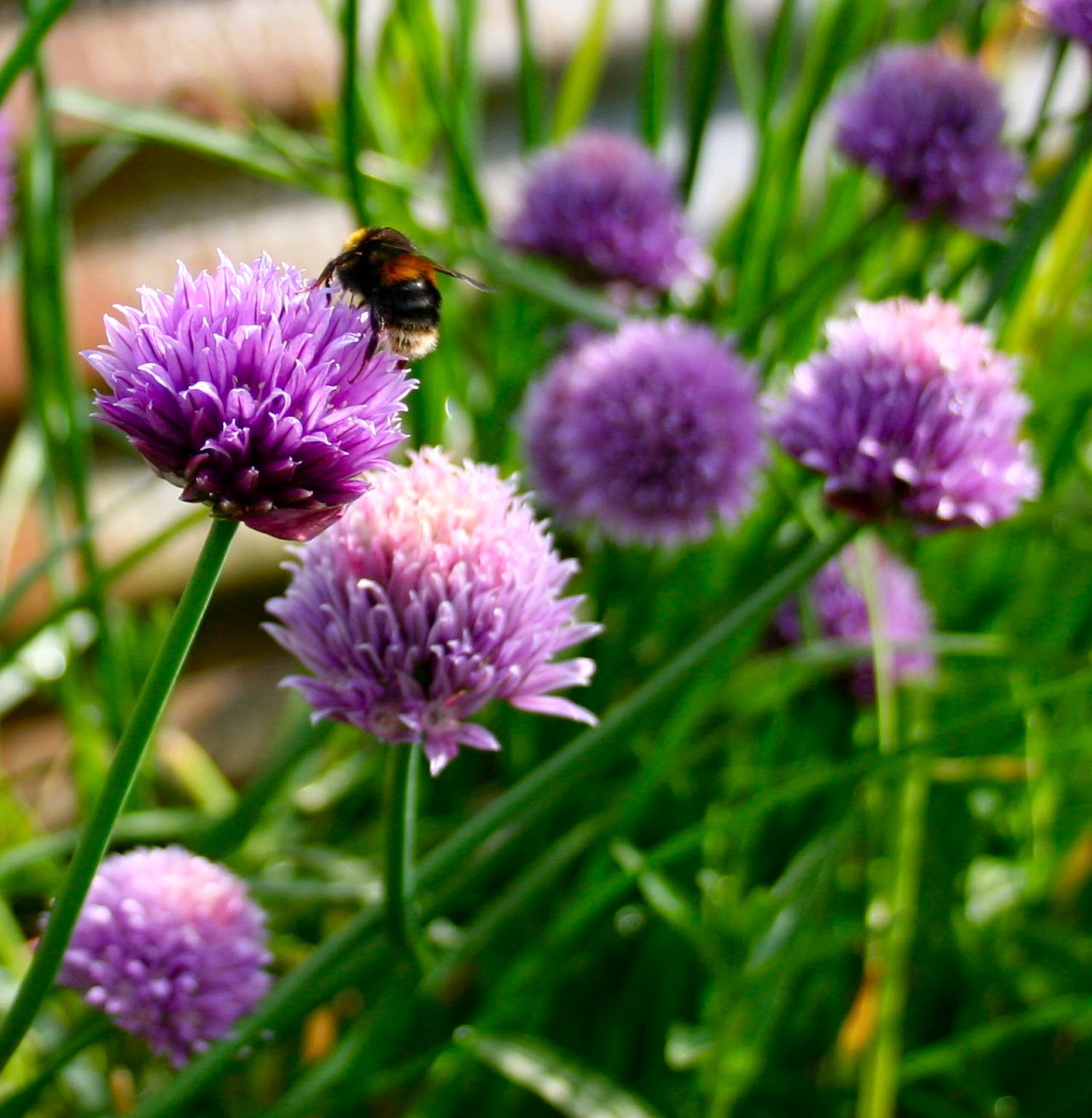 Coming down in scale the biennial Iceland poppies are now at their best, but these plants can last well into summer. The large flowers held high above the foliage come in reds, pinks, orange and white and are a perfect flower for the artist wishing to capture them on canvas.
Since they grow one year then flower the following year there is still time to sow some seed now to grow on into small bushy plants. These can then be transplanted where they are to flower in the autumn spacing them about six to twelve inches apart randomly in drifts.
Now coming down even further in scale is the ground hugging succulent Delosperma. The species nubigenum grows about two inches tall but smothers the ground with rounded succulent shoots that burst into flower with daisy like yellow flowers. Another type, Delosperma cooperi grows to about four inches tall and flowers in June to July with purple flowers. They are both perfect for a very dry and stony soil in a sunny location. They will colonise the surface of a wall very easily if you poke a few shoots into a crevice holding them in place with some soil, where they will root within a few weeks. 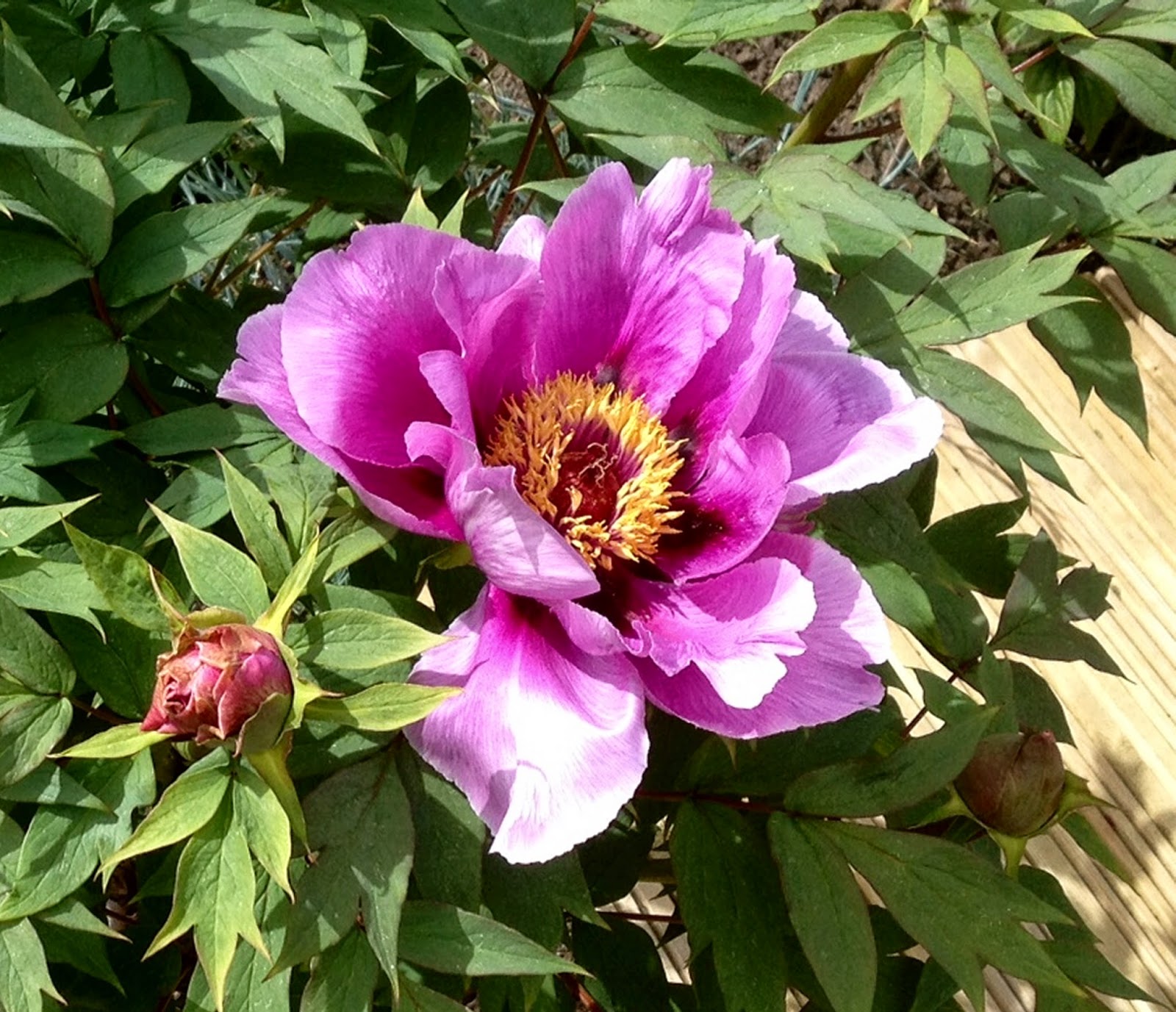 Peony suffruticosa commonly known as the tree peony has been grown and hybridised in China for hundreds of years. This flowering shrub is very culturally significant in China and has been used in Chinese medicine for over 2000 years.
It is slow growing eventually reaching up to ten foot tall and needs a moist soil rich in organic matter. It flowers best in dappled shade, but in Scotland it should be fine in a sunny position as long as it is kept moist. Although the species has a white flower there are numerous hybrids with large flowers six to twelve inches across in colours ranging from white to pink, red and yellow.