THE GARDEN BATTLEGROUND
Gardeners, growers, farmers and foresters have always struggled in the war against pests and diseases. In years gone by there was always some chemical you could use to prevent or cure most troubles. Today most of these chemicals are no longer available and those newer ones taking their place are just not as effective as health and safety ensures they have to be perfectly safe to the user.
The problems of today are made worse by the ease of world wide travel for people and plants so that we are now subjected to new types of pests and diseases brought in on plants and soil from all over the world.
Global warming is also helping those pests from warmer climates to spread into our temperate areas as temperatures improve. Climate change has also given us milder winters which allow pests and diseases to come through the winter period unscathed.
The landscape of our fathers is changing rapidly as man is unable to control the ravages of pestilence brought on by our modern way of living. 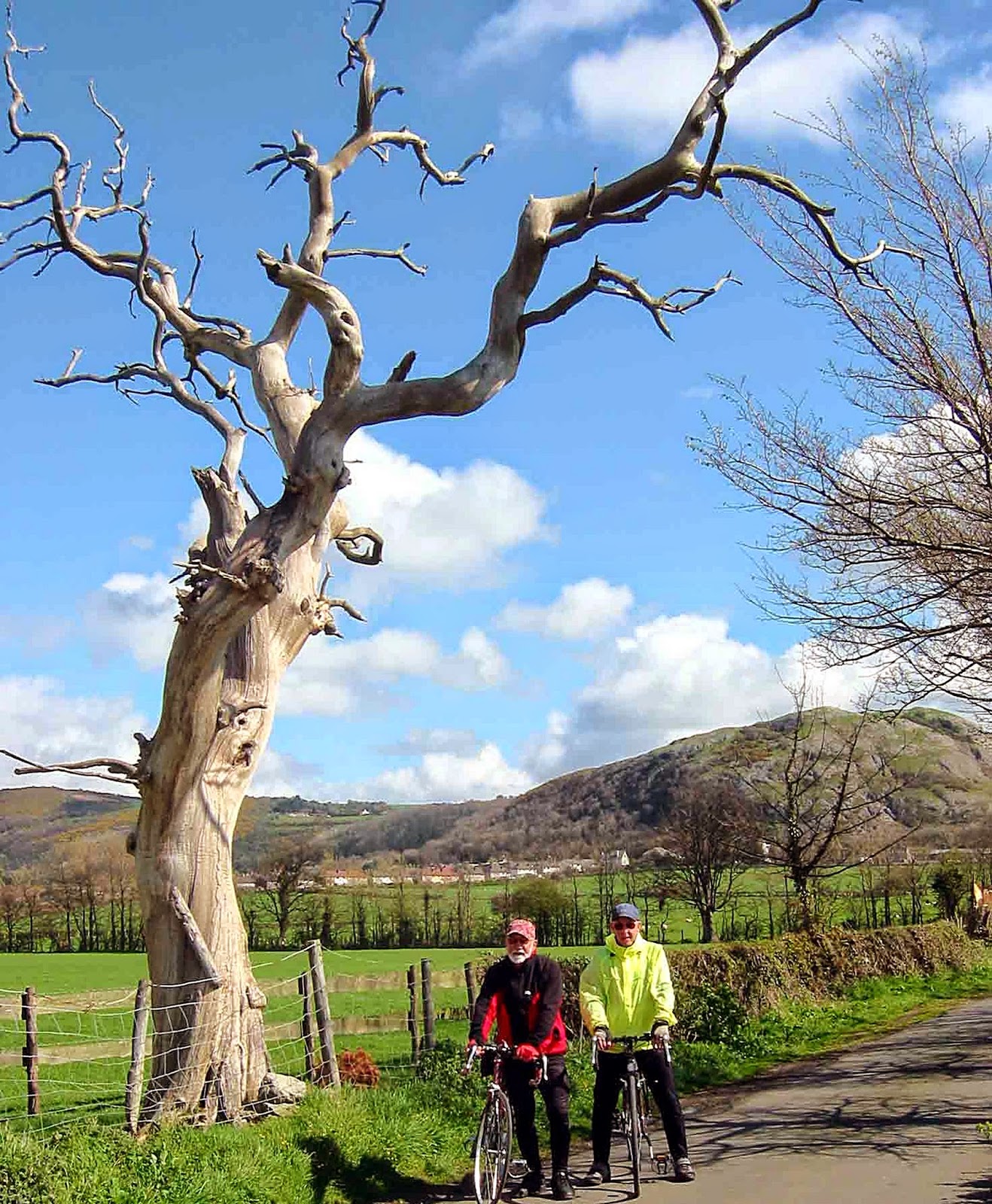 Way back in the sixties while studying horticulture at college there were two essential reading books called The Silent Spring and The Harvest that Kills. These brought to our attention the damage to man and wildlife by the indiscriminate use of chemicals as a cure for everything. That message was well understood and acted upon, but now we have left our crops unprotected at least at garden level where access to chemicals is severely limited.
Back at college one of the main talking points was the expansion of armillaria root rot and Dutch elm disease. Armillaria could be very easily spread and infected a wide range of shrubby plants. There was no cure if you got it in your garden.

Dutch elm disease was rife in Europe wiping out most of the mature elm trees. As the UK bought a lot of nursery stock from the continent, it was not long before infected plants arrived and then the disease started its journey all over England, then Scotland killing almost every elm. There are very few elms left in UK apart from Brighton and Hove where protection existed on one side with the South Downs and the English Channel on the south side. Some species are however resistant and breeding to produce new resistant varieties has been carried out.
It is good to see that our local dwarf weeping elm Ulmus camperdownii is still growing and looking quite happy in Camperdown Park in Dundee.
The weather can also create profound effects. In the summer heatwave of 1979 farmers in central and southern England took advantage of the good growing conditions and doubled up the nitrogen fertiliser applications on the cereal crops to increase yields. However this increased the green foliage on which greenflies were feeding giving them perfect conditions for a breeding frenzy. Once all the foliage was packed with greenfly standing shoulder to shoulder there was no room left for new offspring so the next generation produced was winged aphids which could rise up on the next wind to carry them to pastures new. A massive plague of biblical proportions rose up in a black cloud spreading out from Kent to Newcastle.
Scientists estimated that there were at least 200 000 tons of greenfly in this wave. I found myself in the middle of the plague while on holiday on Scarborough beach with the kids. The approaching black thunder storm on the horizon rained down billions of greenfly covering everything and everyone in its path. We all ran off the beach for shelter, back to the caravan with all the windows shut. The next day the outdoor swimming pool was like pea soup. The following year there was a plague of ladybirds which had fed on the greenfly.
Wet weather can also devastate plants such as the potato blight disaster in Ireland many years ago following a very wet year. This was caused by the fungus phytophthora infestans. Other species of phytophthora has wiped out our local raspberry plantations so now growers have to grow them in containers above soil level. Other species of this disease are affecting many other garden plants and making me wonder if this has been responsible for my loss of goji, outdoor grape vines, white currants, blueberries and my robinia frisia. New raspberry canes bought in several years ago were all infected with phytophthora which then spread to other bushes and trees.

Today we now have ash dieback, sudden oak death, and serious diseases affecting pines and beech trees. It was bad enough losing our majestic elm trees but it would be a disaster if Scotland lost its pine trees.
The battle never ends. 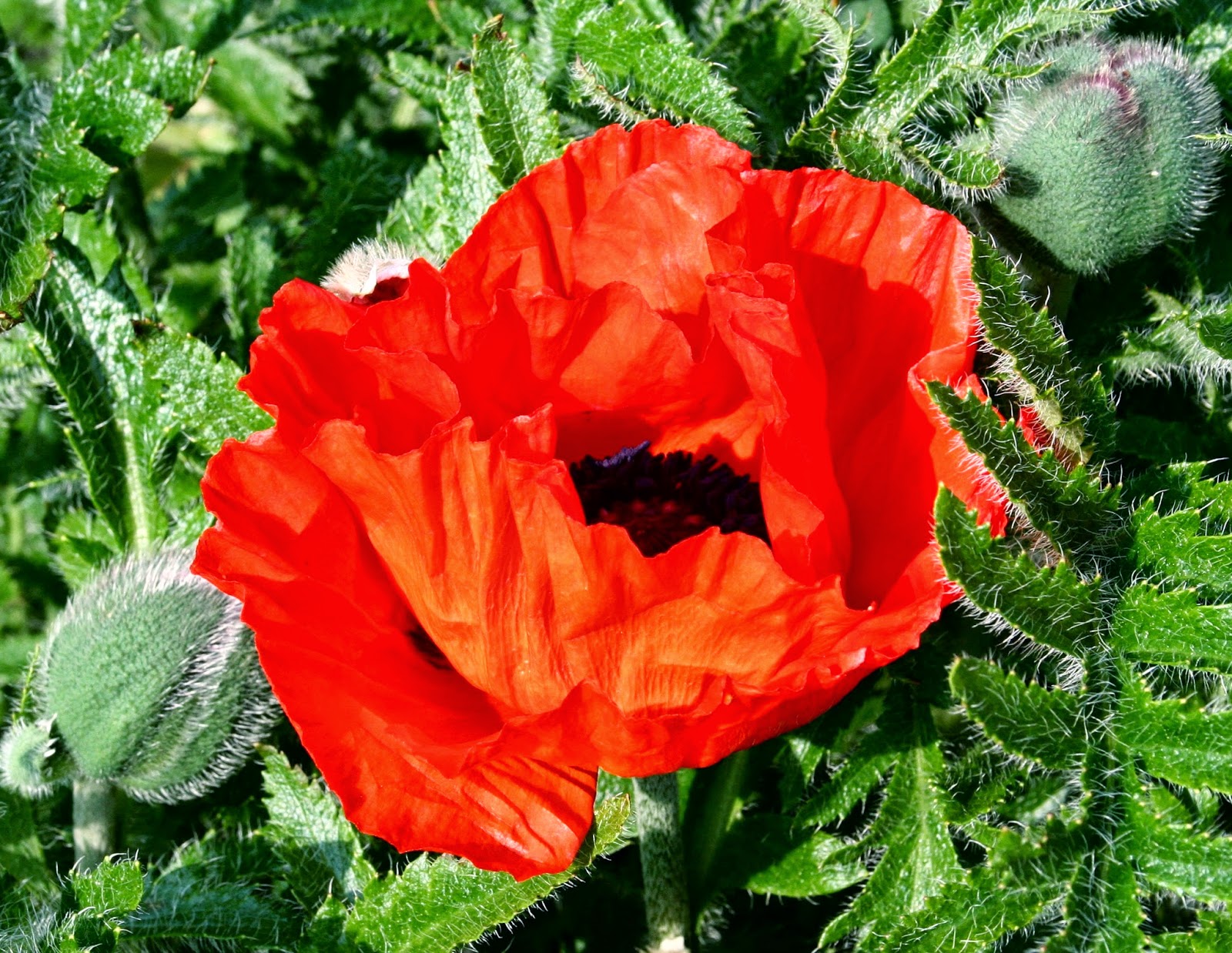 Oriental poppies can give a brilliant splash of bright colour to any herbaceous border. They come in bright reds, deep reds, white, pink and orange and are very easy to grow. They like good soil and a sunny position. Propagate mature clumps by digging up and pulling apart rooted stems to replant.