BEETROOT
Beetroot has been in cultivation for hundreds of years. It was grown by the Romans who prized it for its sugar content. Research has revealed numerous health benefits as it is rich in fibre, folic acid and the minerals potassium and manganese. Beetroot is in the same family as chard and spinach so the leaves and stems should be used as well as the red swollen roots. The leaves and stems are rich in calcium, iron and the vitamins A and C.
The juice of beetroots is used by athletes as a health drink. There are numerous recipes for using beetroot and the leaves and stems so although traditionally we have always pickled them, it is well worthwhile trying out other uses from soup to risotto, chutney to a beetroot dip, spiced beetroot, beetroot cake and roasted beetroot. 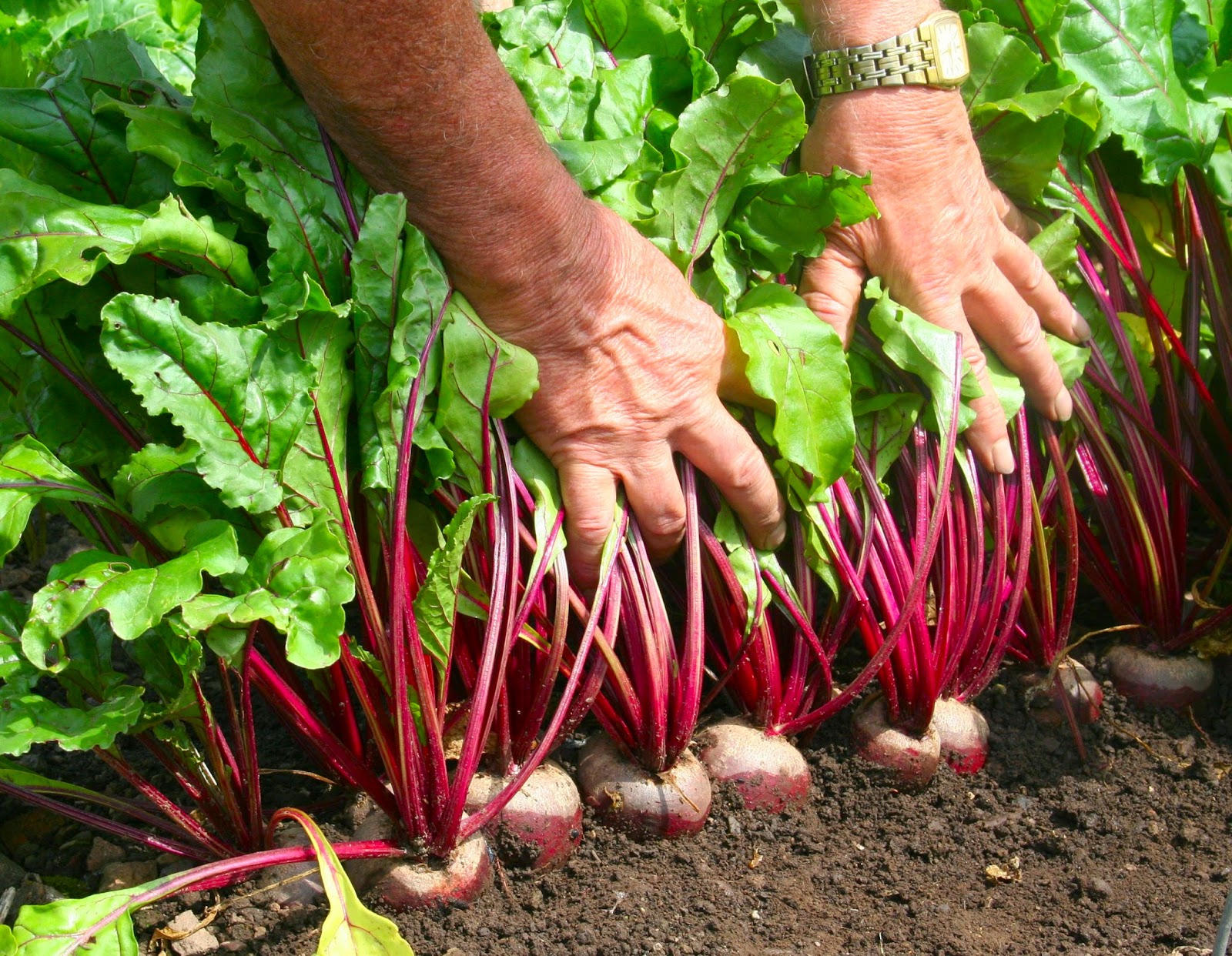 There is an excellent small book, Beetroot, on beetroot recipes published last year by Christopher Trotter that will explore its many uses.
My favourite has to be beetroot soup where the leaves and stems are included as it is very tasty and full of health giving attributes. Anna makes a fair quantity in a large pot as she knows I just love it. Half is frozen for future use and the rest is consumed over three days. It gets better on the second day and is brilliant on the third day.
This vegetable is an essential part of my allotment crop rotation. I grow several rows sown over many months so there are roots and leaves available over most of the year. 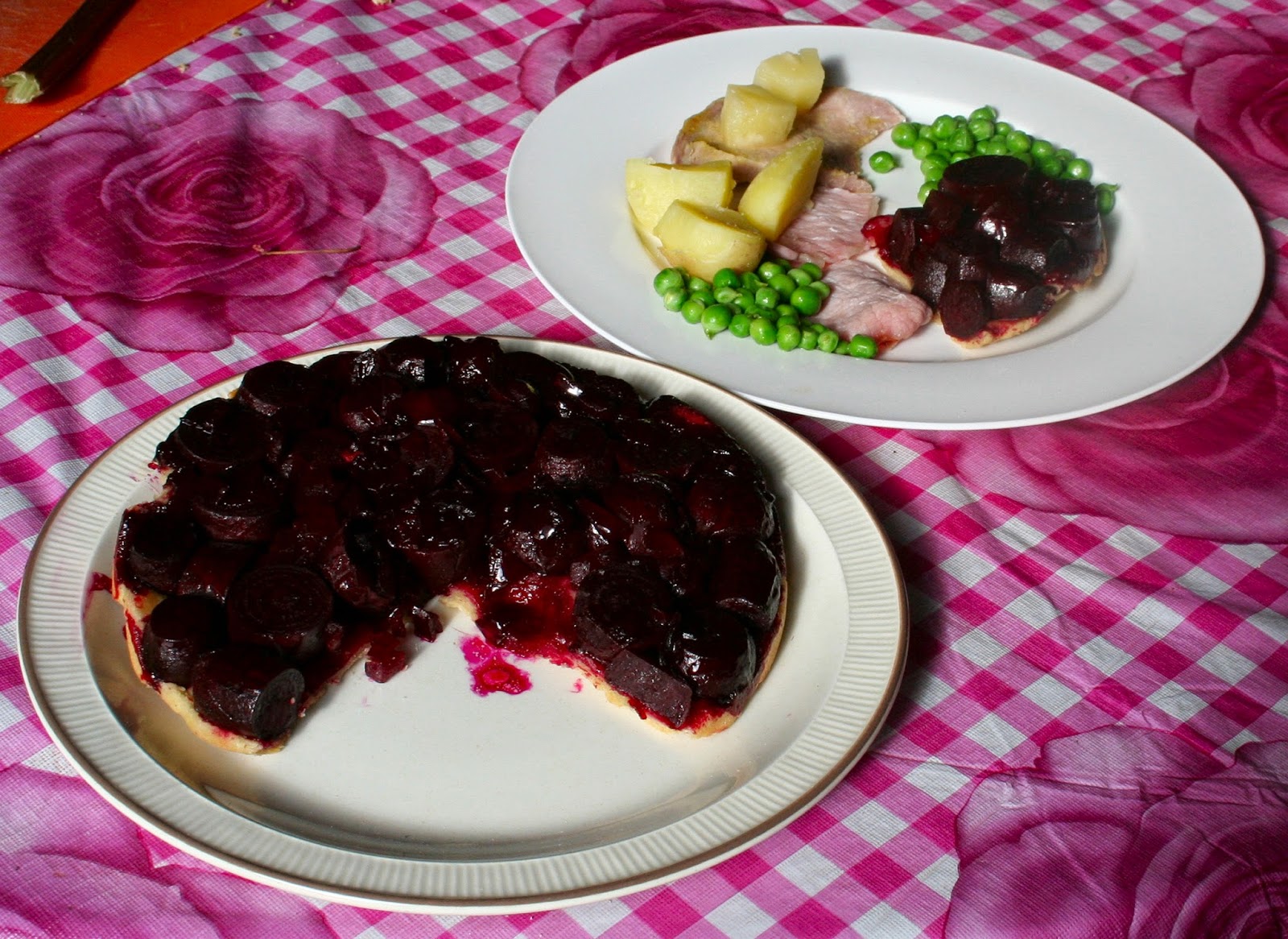 Beetroot like rich soil that has been manured for a previous crop such as peas, beans or onions. As it is a root crop it needs land that has not recently been manured or composted otherwise roots may split, but is still in good heart. I grow it together with other salads such as lettuce, radish and spring onions.
My first sowings are by seed in March into cellular trays on a windowsill. After germination they are transferred to my cold greenhouse to slowly grow on. Soil on my allotment is warmed up with a low polythene tunnel before planting out a range of salads in late April including my beetroot.
Seedlings are not thinned at first, but later on as the roots begin to swell I remove usable wee roots to allow the rest to bulk up. My first batch is ready in late May and the rest will continue to yield good roots and leaves till mid July.
Other sowings continue outdoors in April, June and late July to give a succession of beetroots over as long a period as possible. These sowings will be progressively thinned so I get baby beet initially then larger roots allowed to swell up. The later sowings will give me large mature beetroot which hopefully will be stored in the ground to be used over winter. 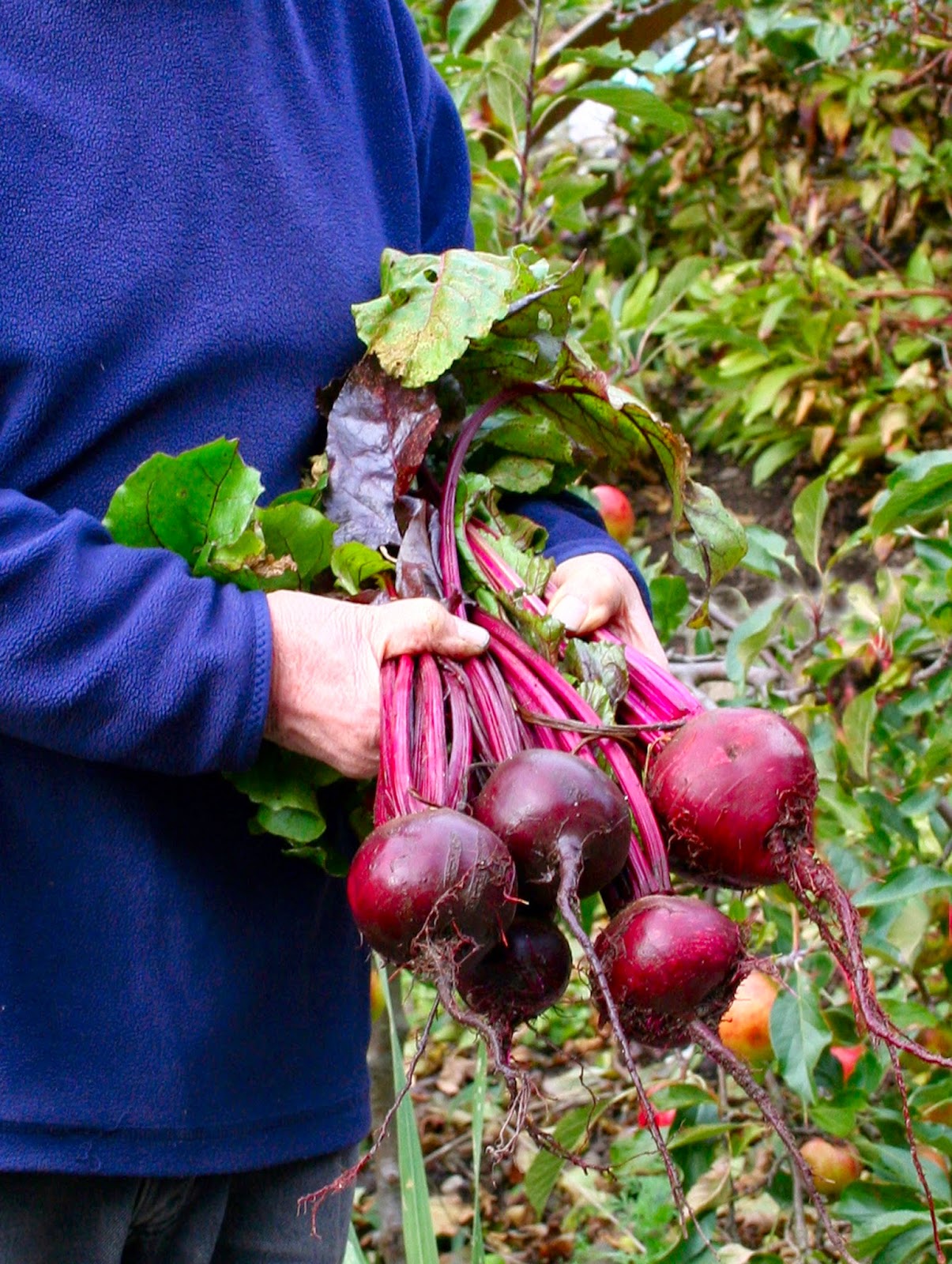 Last years mild winter was perfect as a couple of rows of good sized beetroots were slightly earthed up to protect them from frost. I was able to use these all winter as we never really got much frost.
If global warming continues my beetroot crop has a very happy life ahead.
In days before climate change it was the practise to lift beetroot in autumn and store them in boxes in frost free sheds or straw lined clamps to keep them dry and frost free. I no longer do this as I prefer to take my chance with the hope for mild winters to continue. However I keep an eye on the weather forecast so I am ready to fall back onto plan B and lift immediately or further earth up if frost threatens. 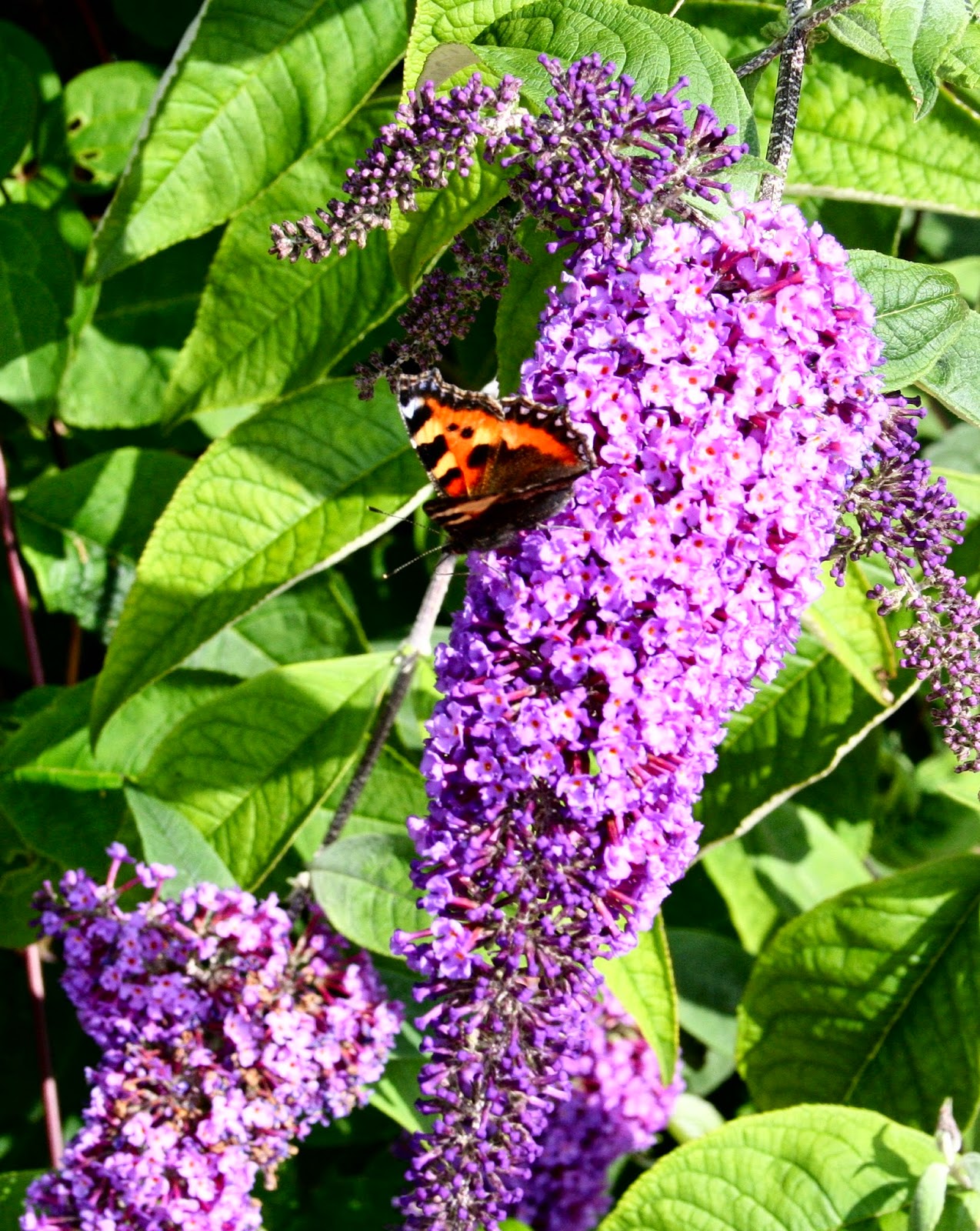 Buddleia davidii has numerous hybrids though the most colourfull ones are in the deep red and purple range. Known as the butterfly bush as its flowers are rich in nectar and are a magnet for butterflies. Buddleias are very easy to grow on any soil no matter how poor. In fact they can be quite invasive on derelict land. They will grow quite tall even though they need pruning each winter to a few inches from the ground.