A COLD DAY ON THE PLOT


A COLD DAY ON THE PLOT
As autumn gives way to early winter we expect to find a few frosty mornings and maybe even the threat of some snow, but at this moment damp cold days predominate. It would be nice to crack on with the winter digging but the soil is often too wet to work on. However every time we get a dry sunny day there is always some job to tackle.
This year has been brilliant for beetroot and I have one complete row ready for picking, but we may get yet another mild winter, so I will leave the roots in the ground and just pick as I need them. The roots have been earthed up with some soil to protect them just in case we get any frost.

Autumn salad leaves and winter lettuce sown several weeks ago outdoors are now ready for cutting, but will last for months, hopefully. The greenhouse has also been planted with winter lettuce after removing the old tomato plants. The lettuce was planted at about nine inches apart and I have been using alternate plants for salads to give the remainder more room.
Back on the plot the winter vegetables are ready in abundance. Brussels sprout Crispin, a clubroot resistant variety is ready for picking, as is the swede Marion and winter cabbage Tundra. Leek Musselburgh and Parsnip White Gem add to the variety. However summer cabbage Kilaton, also clubroot resistant is still available and looks like it could last for another couple of months. It is quite difficult to use so much fresh produce when the freezer is still bursting with summer harvested fruit and vegetables. Kale is also at its best just now, and just perfect for soups and stir fries. Swiss chard is also a favourite for stir fries and other dishes. 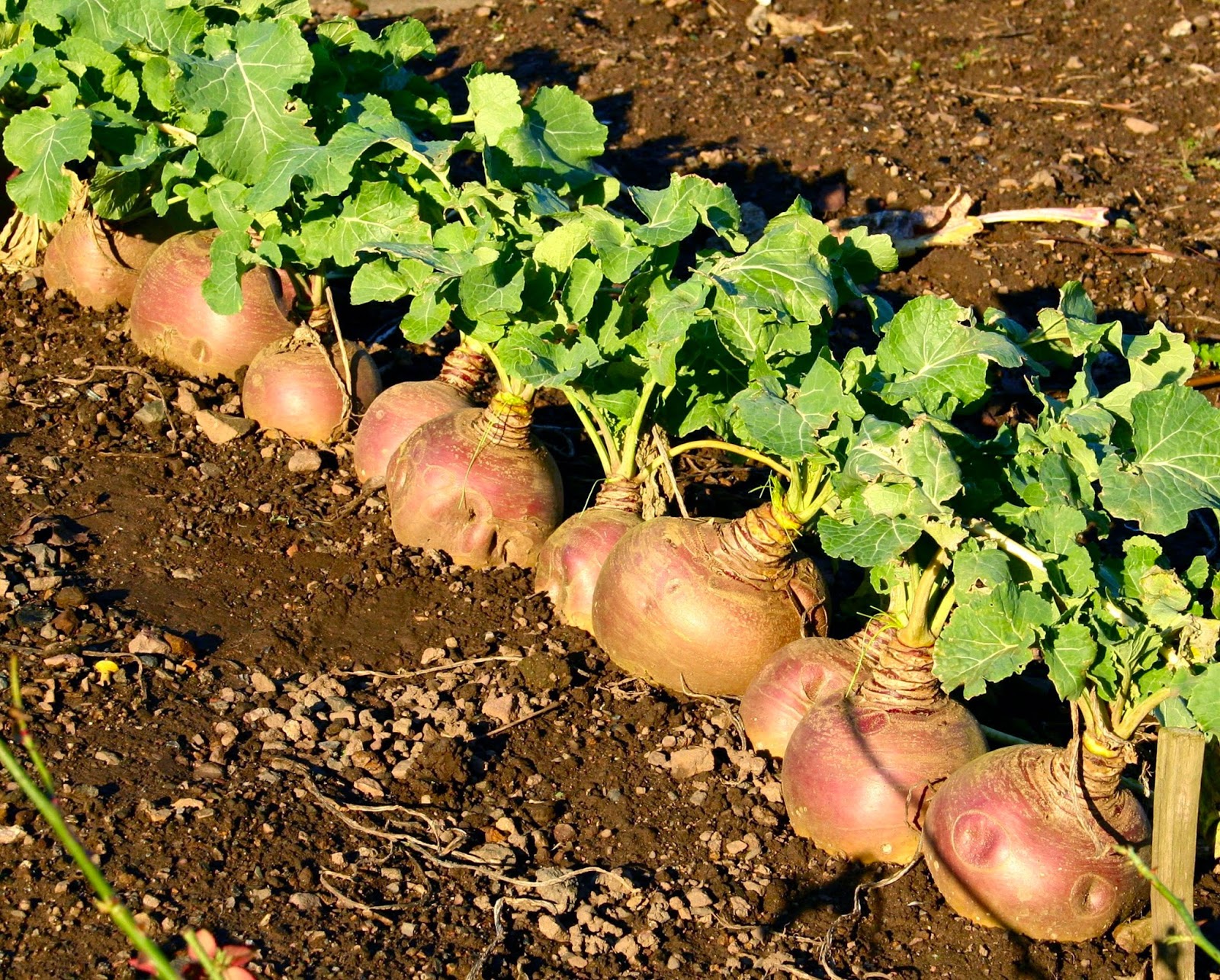 When the soil surface is dry enough to walk on we can get on with the pruning of the autumn raspberries, the fig tree, outdoor grape vines, roses and the brambles. Other fruit was pruned in summer after fruiting as I wanted to gather as much pruning together as possible. We shred all our wood at City Road allotments then add the shreddings to the compost heap.
Next years seeds have been ordered as I need to plan the rotation. This allows me to know which areas to add compost to for digging in. The lions share goes to the heavy feeders such as peas, beans onions, leeks, sweet corn, courgettes, pumpkins and potatoes. Brassicas get a light cover of compost, but I can forget about the salads and root crops as long as they go on land that was well composted the previous year.

Digging is progressing on every dry day after spreading out the compost. I leave the soil as rough as possible to get weathered by frost, assuming we are to get some winter weather. Areas where clover and tares green manures are growing will be the last to get dug over. There is no rush to dig them in as the longer they grow the more the land will benefit from being broken up by the extensive roots. Nutrients will also not get leached out by winter rains and melting snow as the plant will absorb goodness from the soil as well as nitrogen from the atmosphere which is fixed into the root nodules. This is released back into the soil after digging the crop in and the plant rots down. These nutrients are then available for the next crop.
Sometime in mid winter on those areas where the brassicas are to be grown I spread lime to increase the soil alkalinity. Brassicas prefer a soil pH of about 7 or 7.5 to discourage the clubroot fungus. However do not lime freshly dug soil which has been manured or composted as it will react with the manure or compost and release nitrogen to the atmosphere. 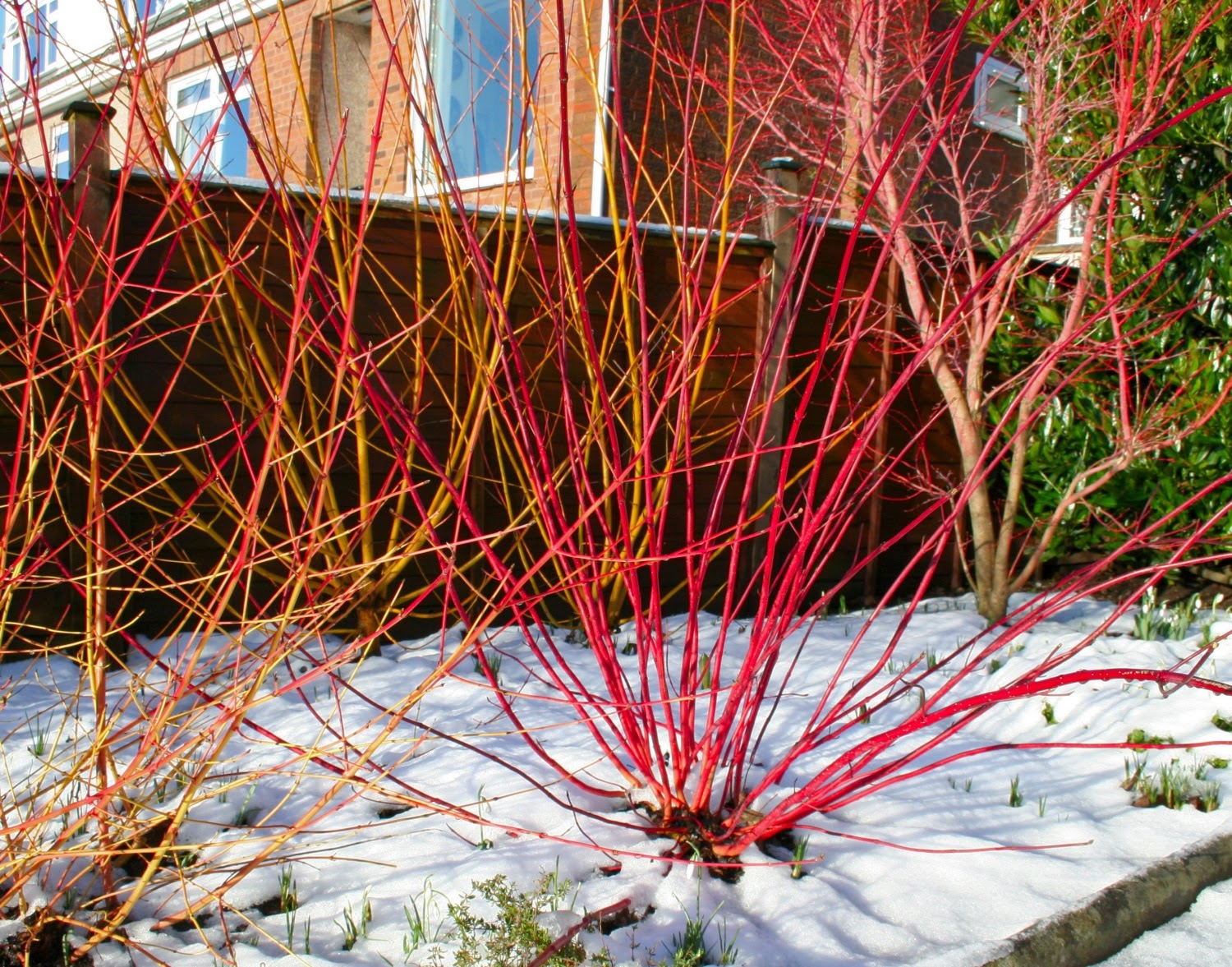 Cornus Westonbirt is one of the brightest red stemmed dogwoods. Grow it as a bush pruned every year at the end of March cut right down to ground level. My bushes grow up to four foot tall without any feeding or even mulching, but they would respond to this with taller shoots. Mix Cornus with other coloured stemmed plants such as Rubus cockburnianus, Salix britzensis and Kerria japonica to create a winter garden to brighten up the colder months. Underplant the bushes with spring flowering bulbs such as snowdrops and crocus to extend to colour into spring.