LOOK BACK OVER THE YEAR


LOOK BACK OVER THE YEAR
Every year has its own stories to tell, and they are never the same. No matter what skill level we possess or how much knowledge we have, the success of the garden still depends on the weather and how we learn to work with it. This year started off with a mild but very wet and stormy winter, then ends up with good weather, so I completed all my winter digging in before Christmas.

It all started to go wrong, when last year’s December gales blew my greenhouse down. It took me three months to sort out a new one strong enough to withstand the next gales sure to blow up the Tay estuary and rattle the glass. I spent three days picking up shards of broken glass from both my garden and my neighbours. The new greenhouse base was strengthened and raised so I imported good top soil for the borders. Growbags intended for my tomato crop got opened up and the compost forked into the borders. Tomatoes went into this prepared soil and could not have been happier as some reached the eighth truss instead of the normal four to five. 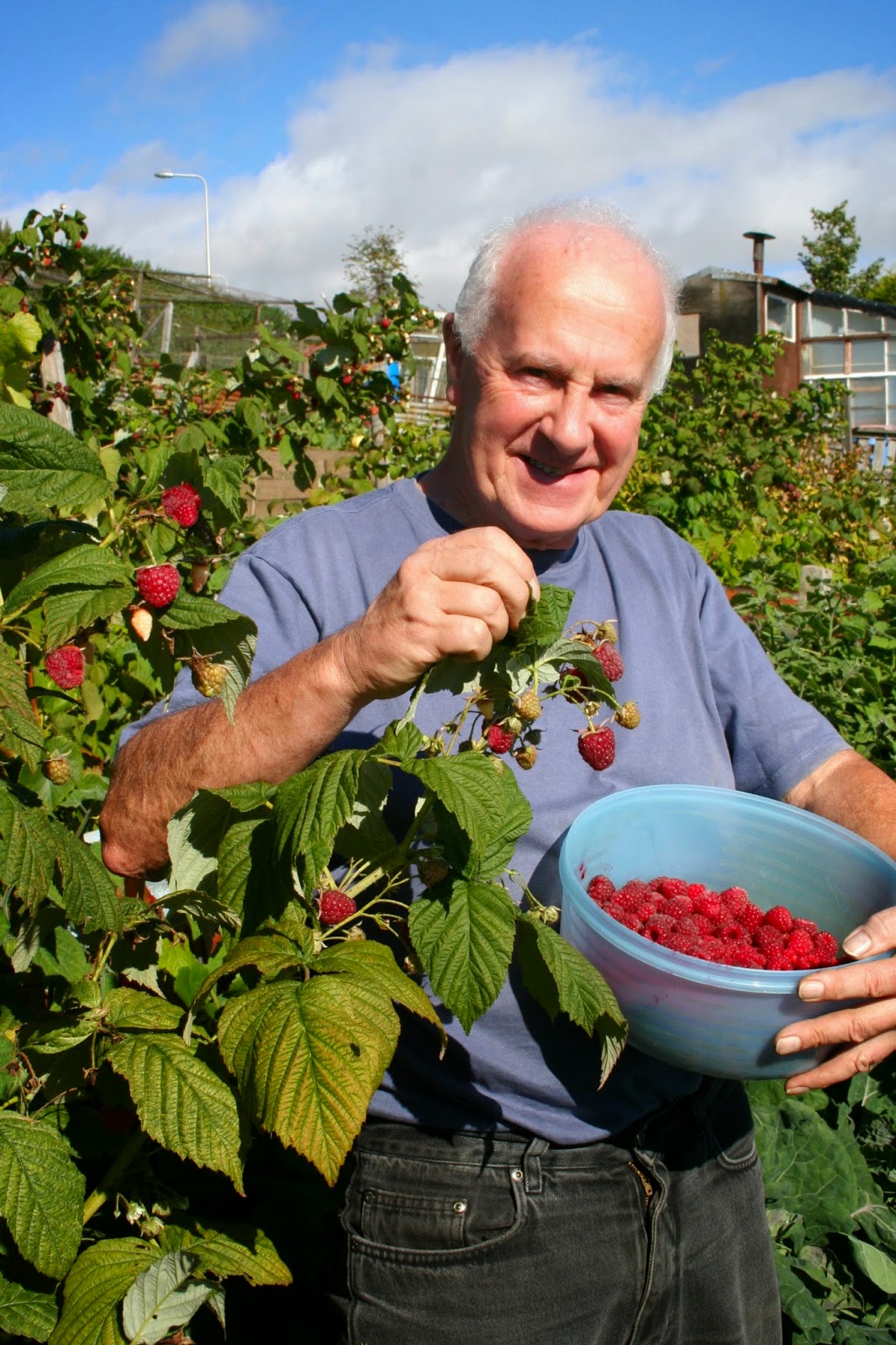 The year started very wet and an almost total lack of snow and frost. Snowdrops were in flower in January, and other plants were at least two to three weeks ahead of normal. However the wet ground prevented winter digging which did not get completed till March, delaying any early sowing and planting. This was followed by a very cool spring which was fine for the flowers which lasted a long time, but not so good for fruit trees. There was plenty of blossom on all the trees, but it was too cool for pollinating bees which were noticeably absent. Fruit set was zero on the pears and very poor on the cherry. The peach tree only managed one fruit even though I did daily hand pollination with a soft sable brush. Apples and plums flowered later so the crops were better but not as good as the previous year.
Then spring gave way to a brilliant summer, but August appeared and spoilt the show. It was cold, wet and the sun disappeared for a few weeks. 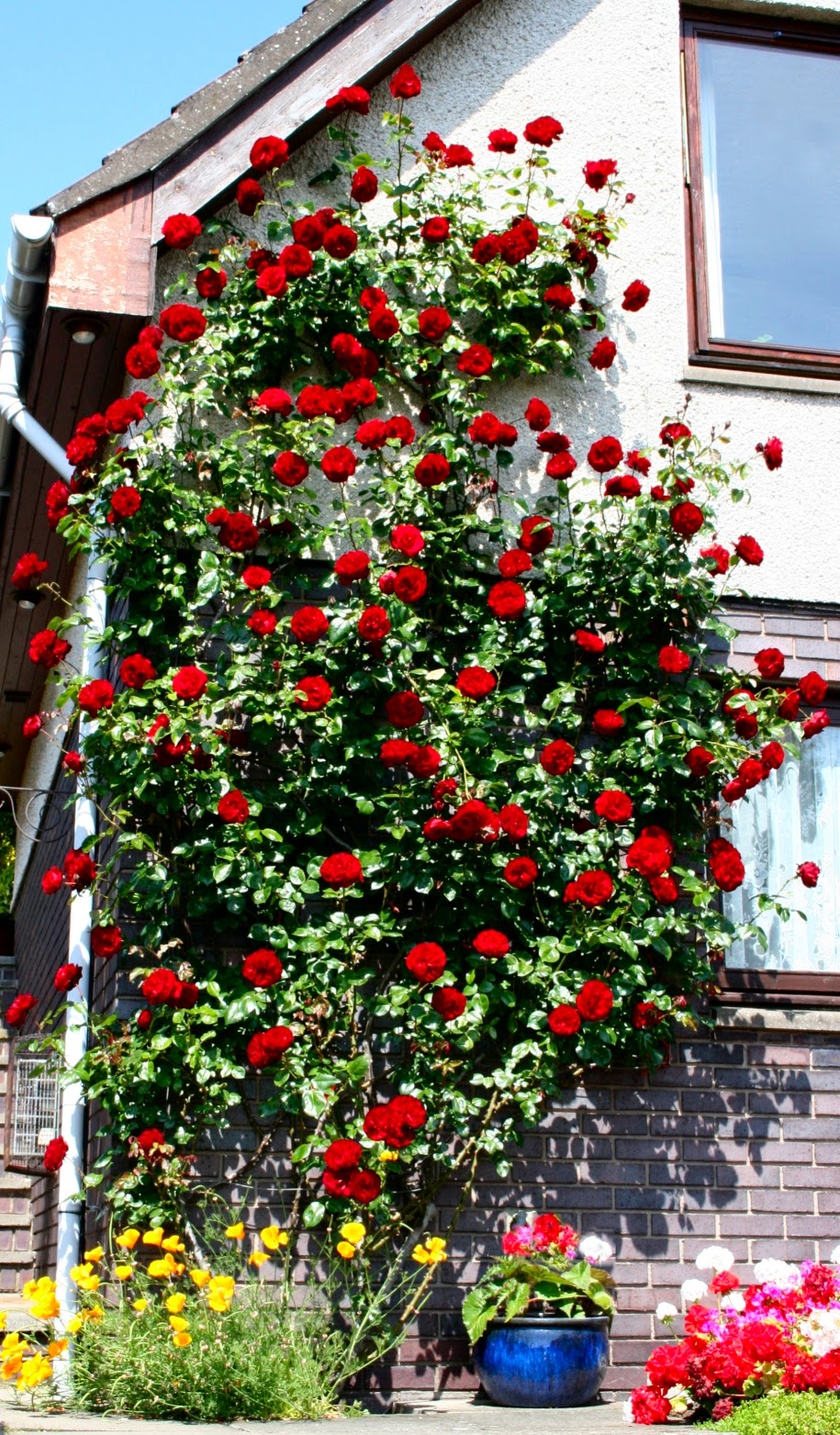 Outdoor fuchsias which, prior to August had put on a fantastic display, lost all their flowers, but then in September they reappeared and decided to keep flowering till the end of the year.
Another plant that seemed to thrive was my fig tree. Young embryonic fruit buds that normally fall off in winter, survived to produce my heaviest crop ever. Ripe figs all summer long was a major attraction. My small tree growing outdoors on my allotment plot produced nearly eighty ripe figs over two months.

The warm sunny dry summer (excluding August) suited all the soft fruit giving bumper harvests of currants, gooseberries, raspberries and strawberries. However that cold August really spoiled the grape harvest when the bunches were desperate for dry hot weather to ripen up and increase the sugar content. All grape wines had to have sugar added to give a decent alcohol level while they fermented in my demijohns.
The wet winter also gave rise to several disease epidemics. Clubroot which spreads in soil moisture devastated most brassicas that had not been bred for resistance, 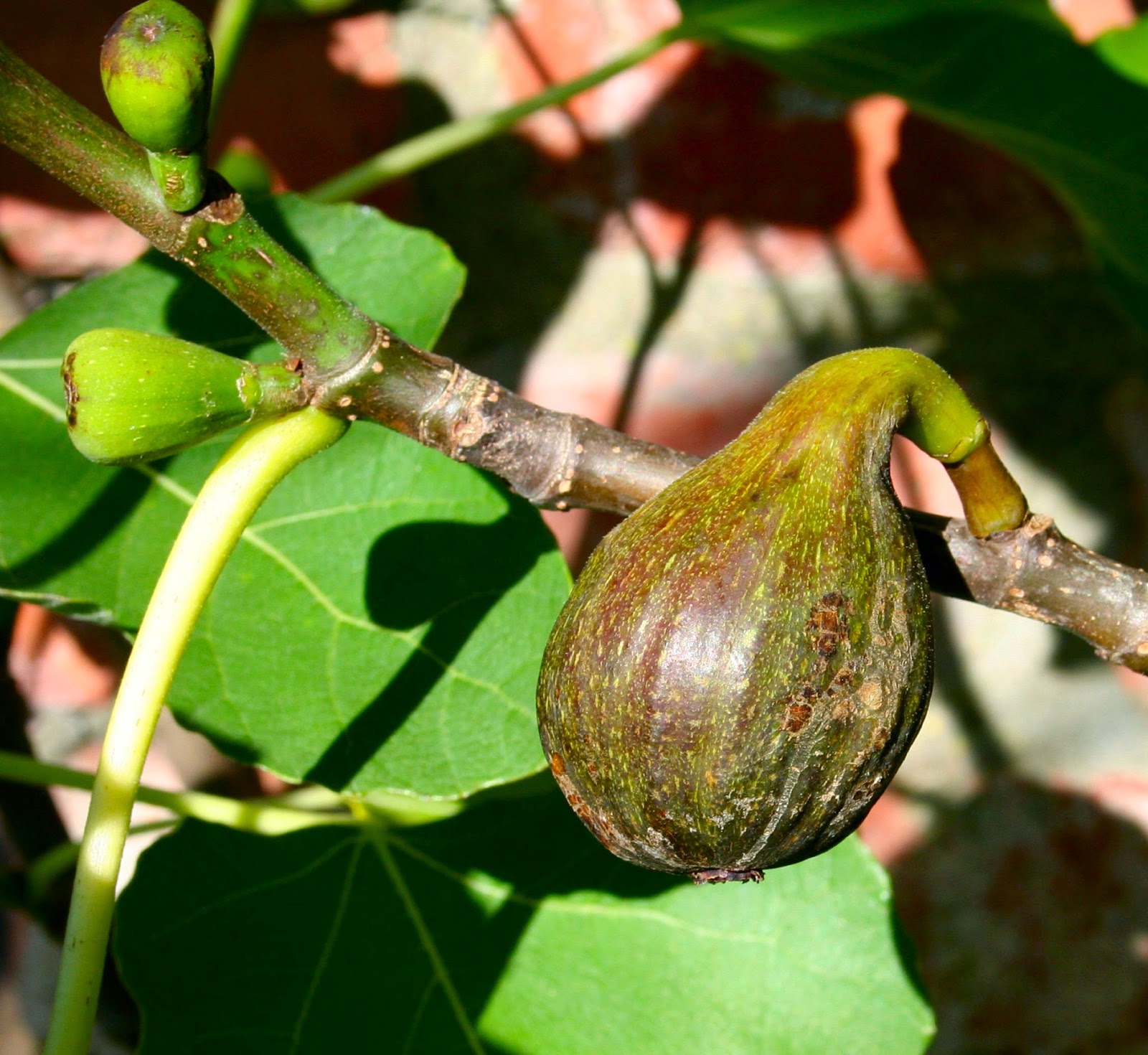 as well as radish and wallflower. Phytophthora root rot introduced several years ago on infected raspberries, continues to affect woody perennials. Three new grape vines died out as well as my five year old goji which must have been old enough to give me my first berries. This disease is also spread in soil moisture. There are about ninety strains of phytophthora some of which are quite specific affecting raspberries as well as potatoes (blight), but some strains can affect a wide range of plants.

Rose blackspot was another problem after the wet August, but at least roses gave a great show in mid summer, then well into winter.
My mature Victoria plum tree, well over thirty years old became infected with silver leaf disease and will need to be removed, as there is no cure and the tree will die or produce no more plums. 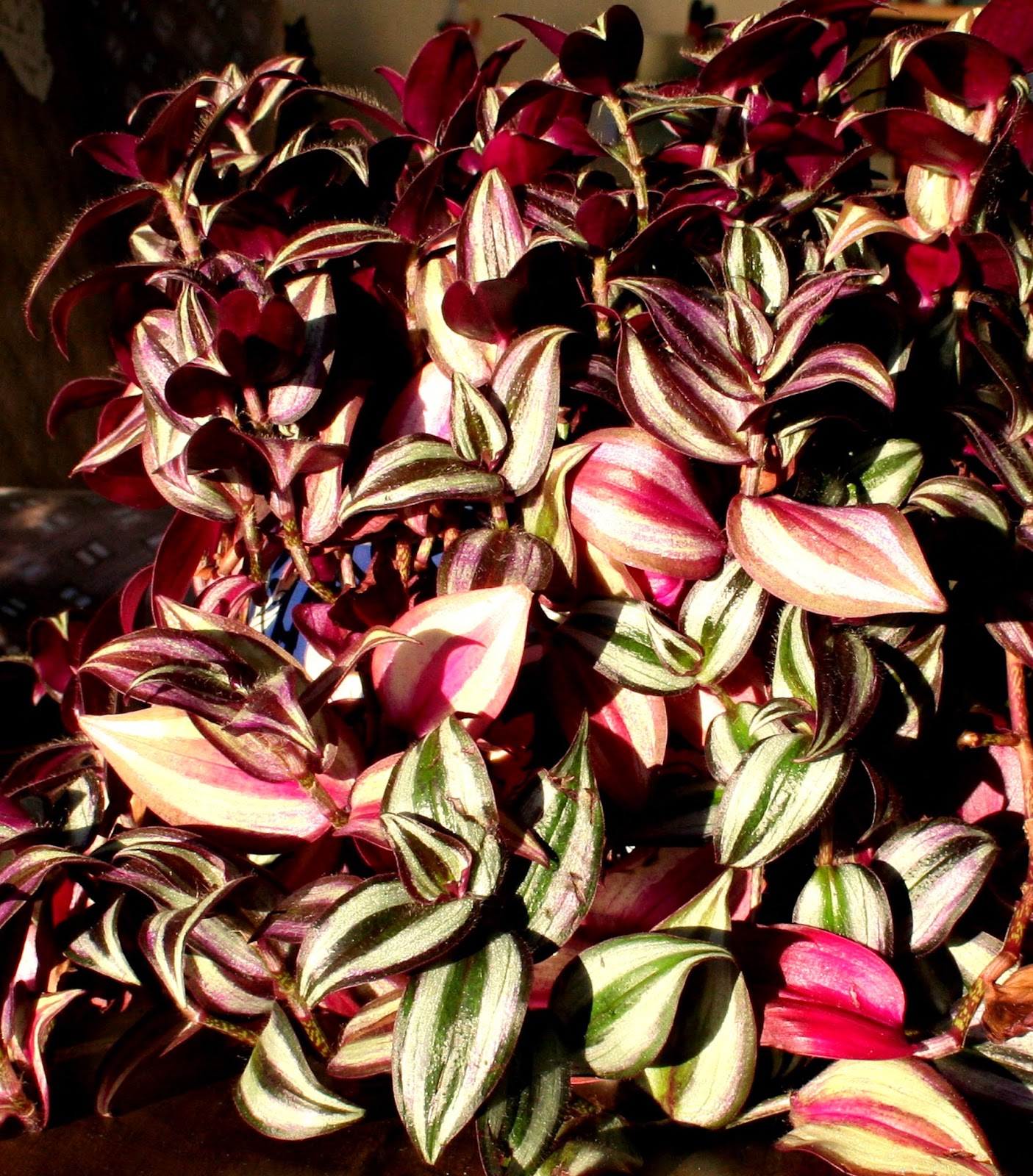 Tradescantia zebrina, the wandering Jew is a popular house plant. It likes a warm room with good light, but out of any direct sunlight. Water it sparingly in winter but freely in summer with an occasional feed.
END
Posted by John Stoa at 19:40