FESTIVE THOUGHTS
Winter has truly arrived with snow frost and the December gales, but this year my new greenhouse is much stronger than the previous one, so I am confident it will be just fine. Under glass winter lettuce is still plentiful and my boxed up chrysanthemum stools all have short sturdy green shoots which will provide cuttings next March. Greenhouse temperatures have only just gone below freezing which is quite healthy. The Black Hamburg vines have now all lost their leaves so will get pruned within the next few weeks taking all growths back to one or two buds from the main rods. 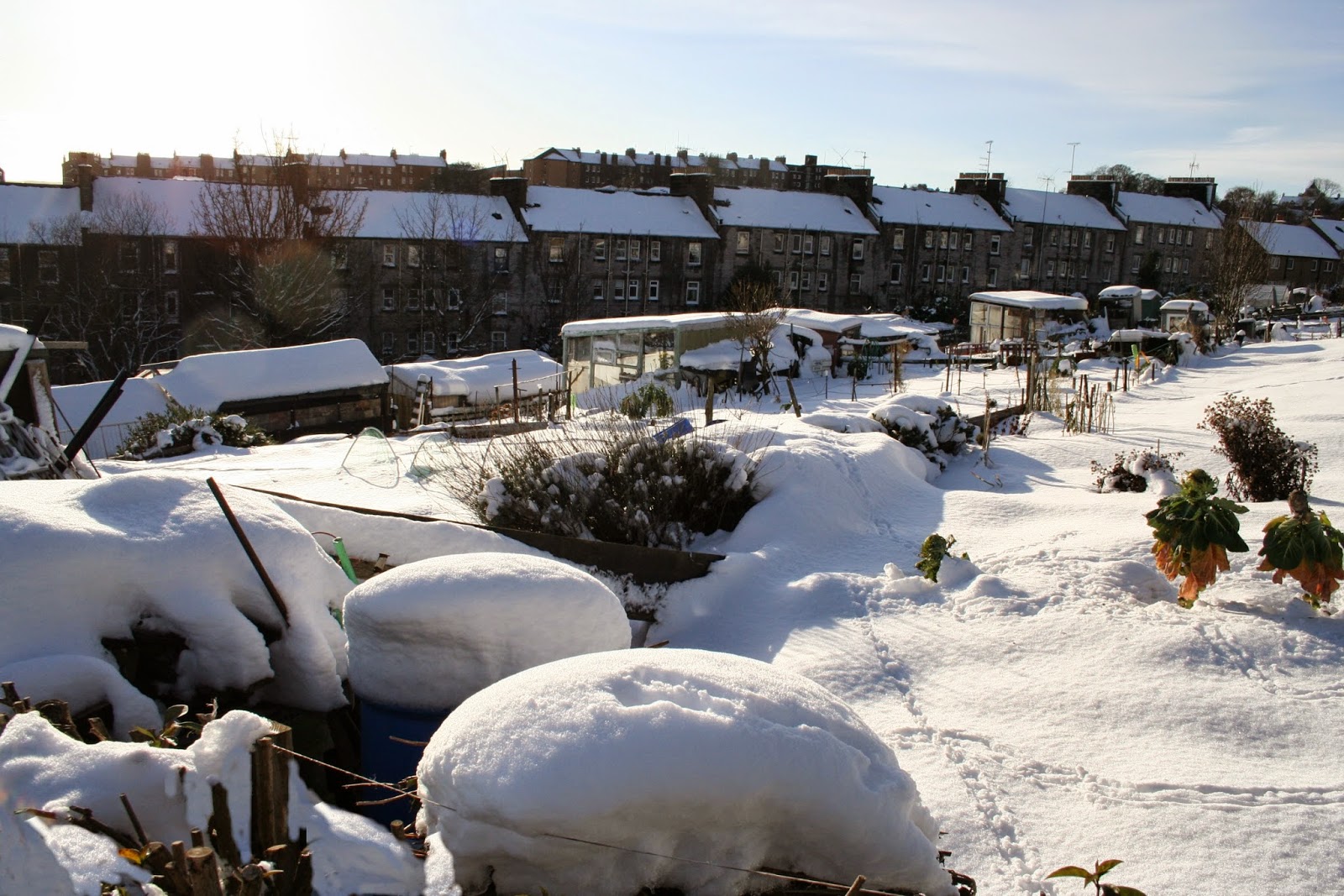 Down on the allotment the digging has been held up by the wet weather though good progress was made every dry day when there was a wee bit of sun. One third of the plot has been turned over, but I still have a lot of land occupied with winter vegetables, permanent fruit bushes and my flower border. Other sections are down to a clover green manure which I will dig over in late winter.
Back home the garden was totally weeded in autumn, and leaves collected as they fell. Numerous spring bulbs are pushing through the soil surface with snowdrops showing the first flower buds just itching to open up on a sunny day. They don’t seem to mind whether it’s just December with most of the winter still to come. 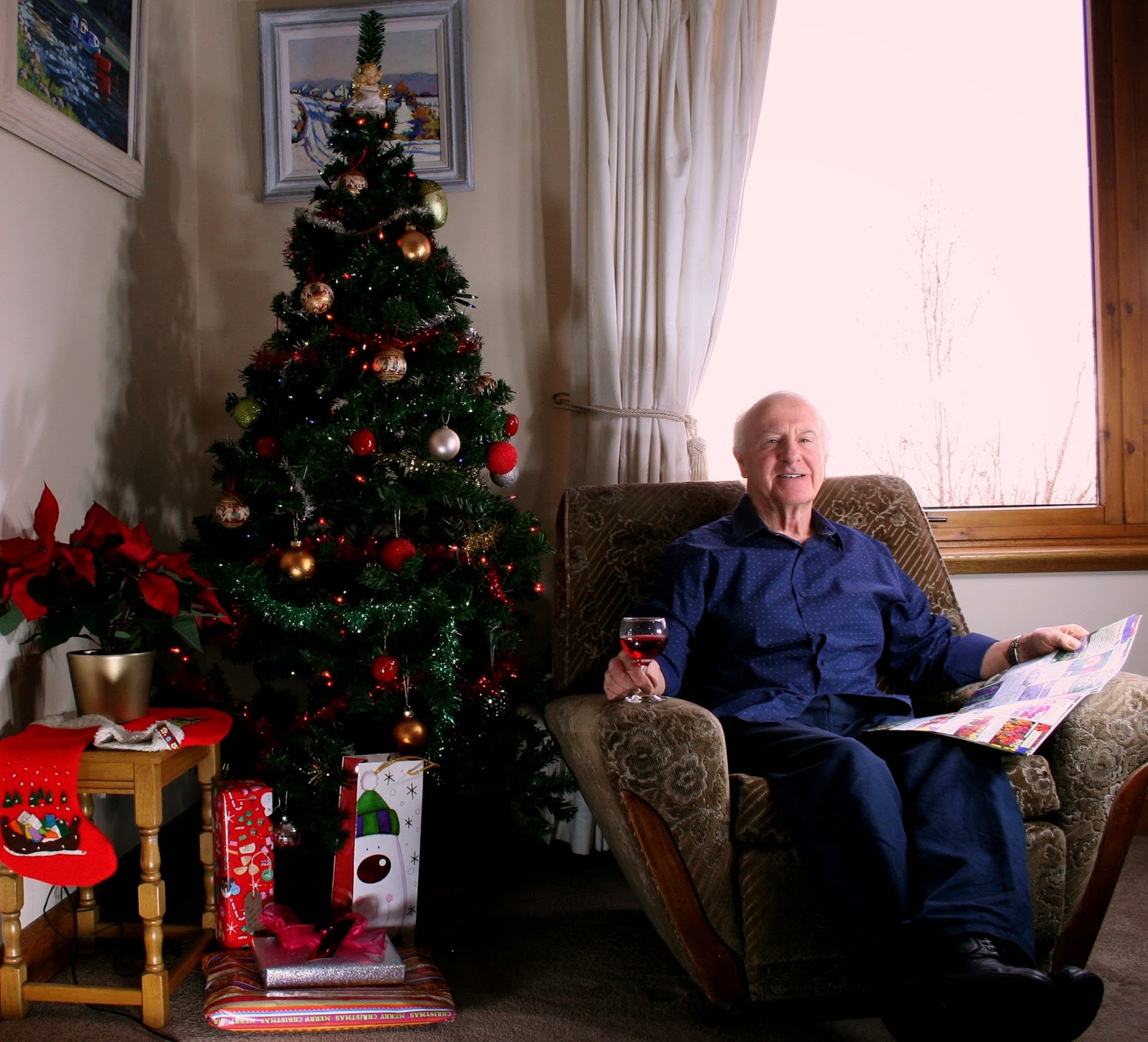 Shrub pruning is still ongoing and roses usually get done on a sunny day in the heart of winter, when I have the urge to get outdoors but the ground may still be frozen over. However some roses are still flowering in competition with both hardy fuchsias and other fuchsias. One City Road plot holder has a row of Fuchsia Swingtime (or a hardy version of this variety) still in full bloom. An amazing sight as I would have expected the recent frosts to knock it back into dormancy. 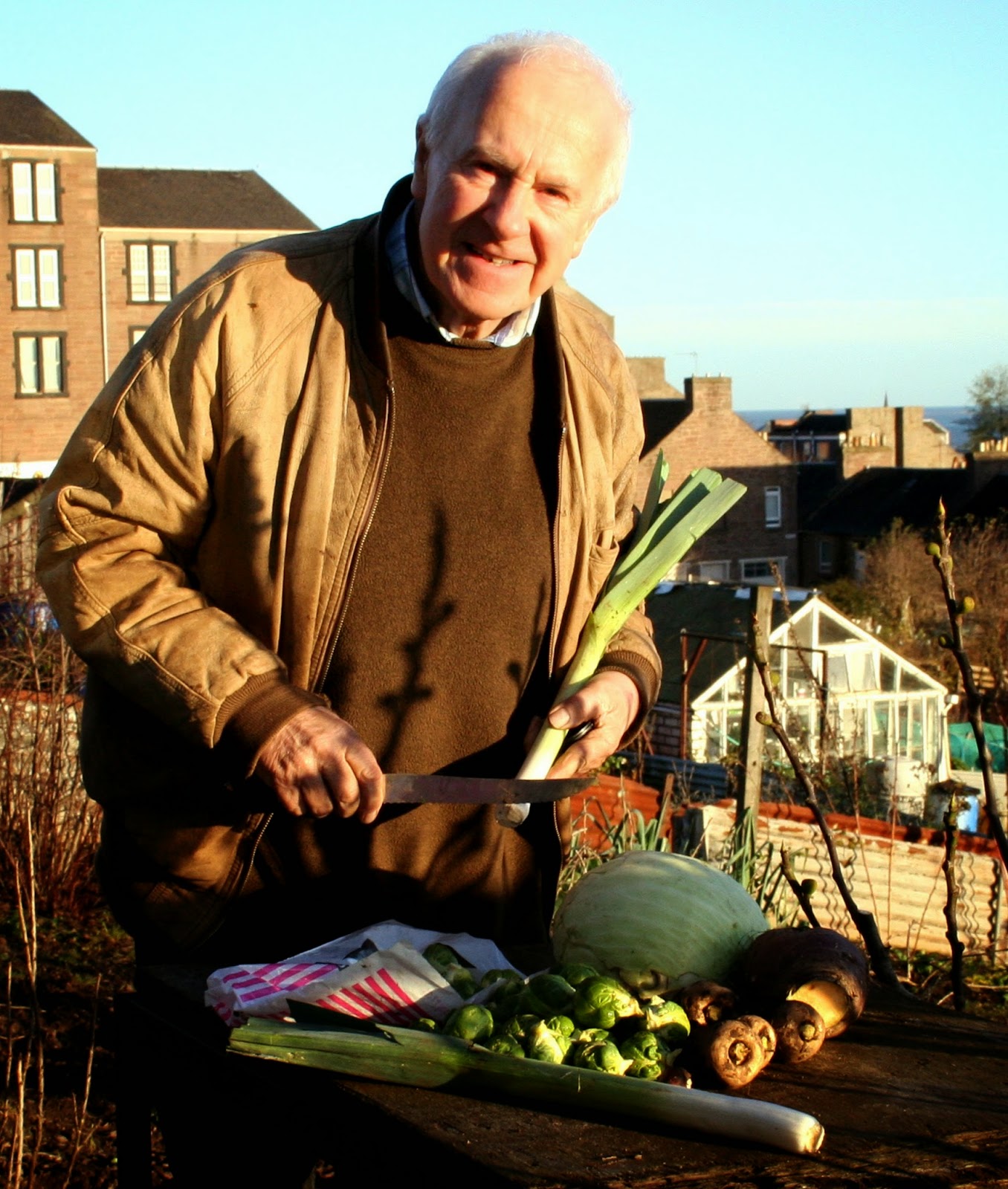 As we head into the festive period, I suppose the allotment and garden will be fine without my attention for a couple of weeks, though I will still have to dig up a few swedes, a cabbage, some sprouts and leeks and parsnips and hope that my row of earthed up beetroot is just fine. Then there is still some winter rocket and other salad leaves to pick as well as kale and chard. There should be plenty of fresh veg. for Anna’s Christmas table, and I have ample bottles of home brew wine just waiting to be sampled. This year’s best ones are the gooseberry, aronia and apple, followed by the Saskatoon and red currant, though I still have to sample the Brant outdoor grape wine brewed just over two years ago. Wine making is an ongoing activity related to time of harvesting crops as well as availability of demijohns. Thus my 2014 apple crop is only now fermenting in the demijohns, but the blackcurrants, now in the freezer, won’t get brewed till late winter when I have some spare demijohns.
Outdoor gardening activities over may be curtailed over Christmas and New Year, but there is going to be some new landscape works in front of the house so time will be spent browsing through catalogues sorting out appropriate plants to buy in. Every year I buy in several new plants to try, most often fruit varieties, grapes or flowering shrubs, but then struggle to find a spare piece of land for them. I have to be ruthless and discard any plant that fails to impress. Many shrub roses had to be removed when they proved to be very prone to blackspot, however the very old variety Ispahan is quite tough and flowers profusely every year. Another old but very reliable rose is the white scented climber Mme Alfred Carrier. However its strength will have to be curtailed as my medium sized garden is struggling at it reaches beyond sixteen feet tall and sprawls a similar length in all directions. 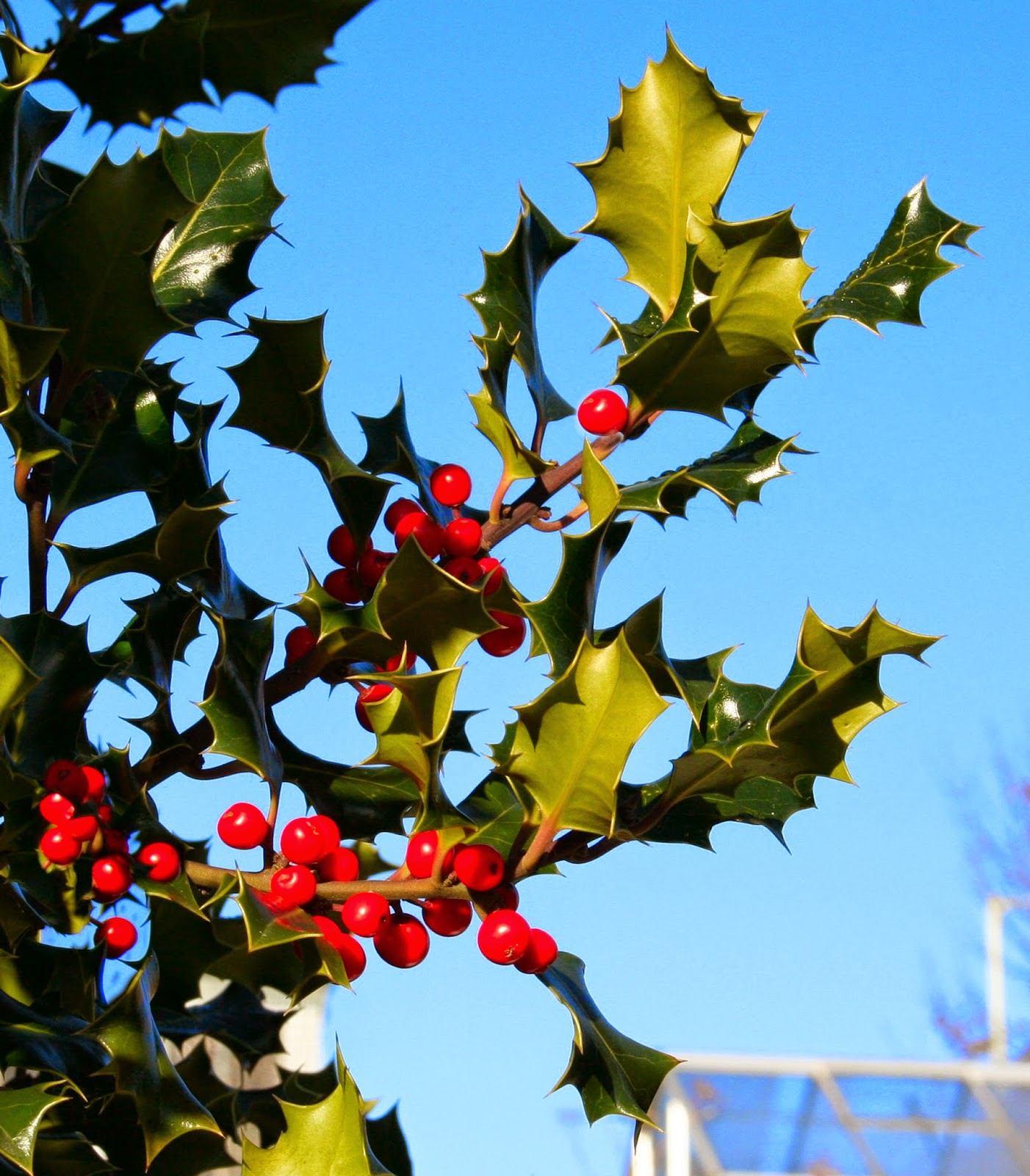 Holly (Ilex aquifolium) has been used as a festive decoration for hundreds of years even going back to the time of the Druids who used holly wreaths on their heads in winter celebrations. The holly tree, leaves and berries can be quite toxic, and birds normally leave them alone till they have had some frosts to soften the berries, though the City Road allotments resident blackbirds have had no trouble eating our plentiful supply of fresh grown holly berries.