ONIONS AND LEEKS
The allium family cover garlic, shallots, spring onions, pickling onions and leeks as well as onions.
However it is the onions and leeks that are the most popular. Most allotment plot holders will grow a few as they are not too difficult and are very popular in the kitchen almost on a daily basis as they can be used in so many different ways. As a healthy food crop they are just about the top of the list as they are packed with vitamins, minerals, dietary fibres and antioxidants.
They all grow best in rich well drained soil in a sunny location. During the winter digging session I allocate a very generous amount of compost to them, then about a month before planting the land gets a wee dusting of lime as they do not like an acid soil. 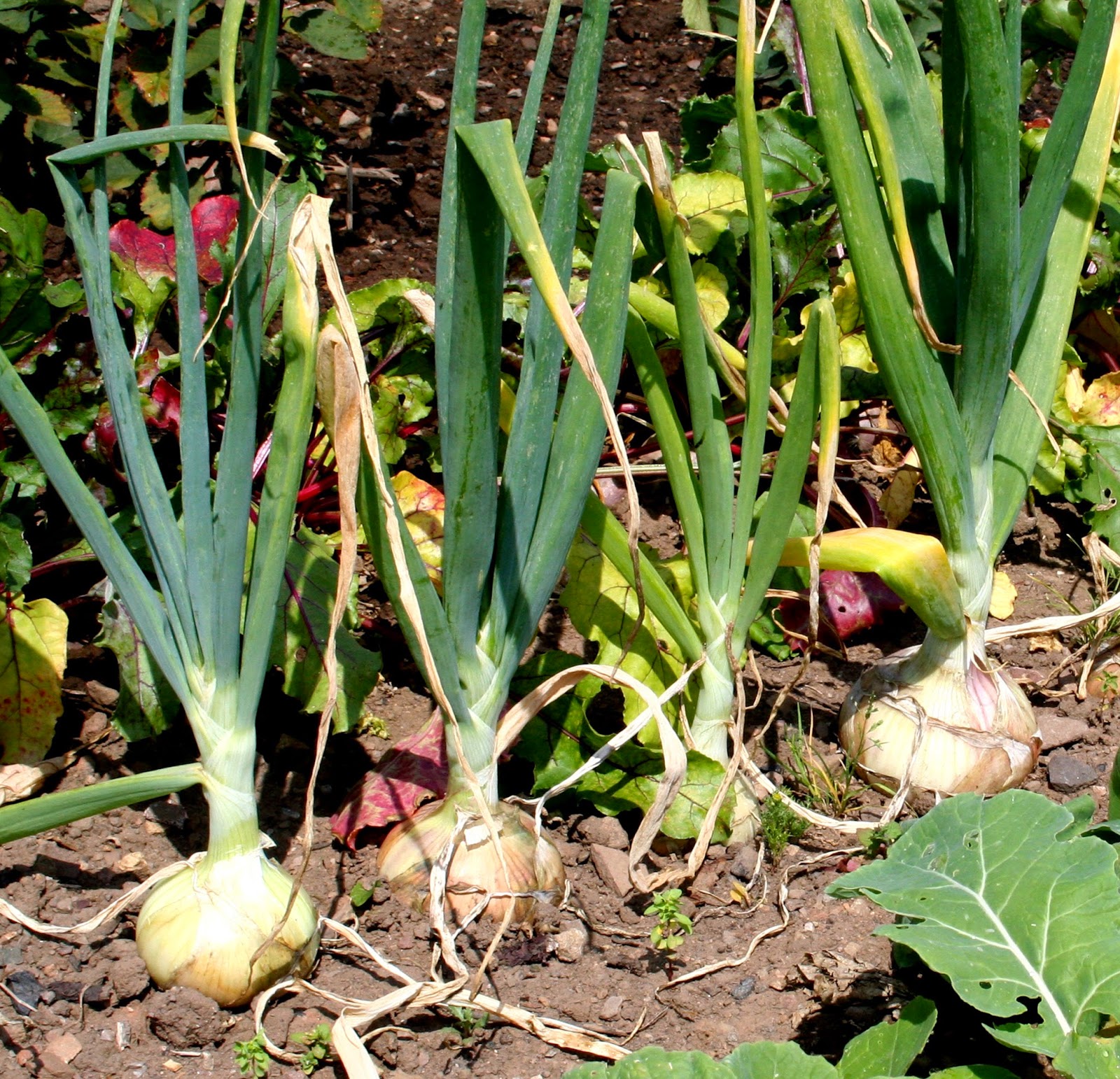 They both need a long season to grow so it is usual to give them an early start. Some onion types can be autumn sown and planted to overwinter then give an early harvest. Sets are also available for autumn planting. If you are into huge onions for show you will most likely be growing Kelsae which should be sown at the end of January. However, you will need to keep it warm and in the light to maintain sturdy growth. Over the years I have grown many varieties, but once you get the one that suits you best you tend to stick with it till someone shows you a better one. My favourite for the last few years has been Hytech. It is easy to grow from seed, is very tasty, and gives large onions that store well into spring the following year.

I sow my Hytech seed in cellular trays, dropping one to three seed per cell at the end of February. After watering in these are kept indoors in a dark warm place to germinate. When shoots appear they will go into a light warm windowsill for a fortnight before they get transferred to my cold greenhouse. Once they are hardened off they are quite tough so no need to mollycoddle them.
They will get planted out on the allotment about the end of April. I plant in rows a foot apart spacing the cellular grown plants about four inches apart. If cells have two or three seedlings per unit do not separate them, as they are quite happy even if a wee bit crowded along the row.
During summer keep them weeded and try to avoid any watering unless the weather is really dry, otherwise white rot fungus might infect them. If it appears remove any infected plants immediately.
Towards the end of summer allow the onion tops to bend over naturally while they ripen up. Once the leaves begin to wither lift them and dry them off in the sun before cleaning and storing in nets or tied up in ropes. The land vacated from the onions can now be sown with autumn salads, planted with spring cabbage or cauliflower Aalsmeer or a green manure to help increase fertility. 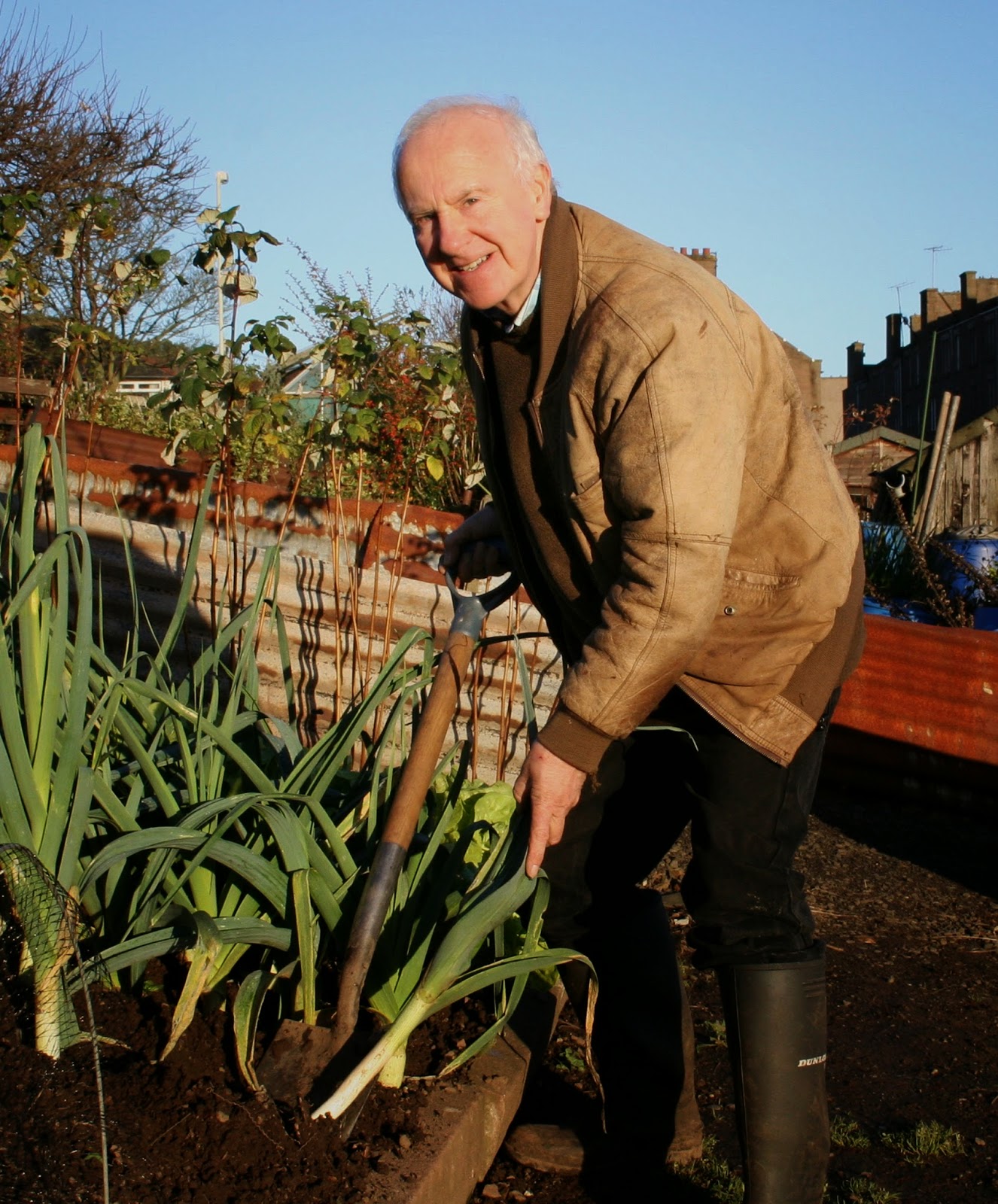 I sow my leeks a wee bit later than the onions as I sow direct outdoors once the soil has warmed up about mid March. Using my tried and well tested Musselburgh variety, which must be two hundred years old, germination is good and soon I have a sturdy row of seedling six to nine inches tall and ready for transplanting. After carefully lifting the young leeks they get topped and tailed before planting. Prepare furrows spaced a foot apart and a few inches deep then dibber in wide holes about six inches apart. Drop in the seedlings and water the row to settle them in. As they grow the rows slowly earth up with hoeing to create a longer blanched stem.
They are ready to use from autumn and should last well into spring. 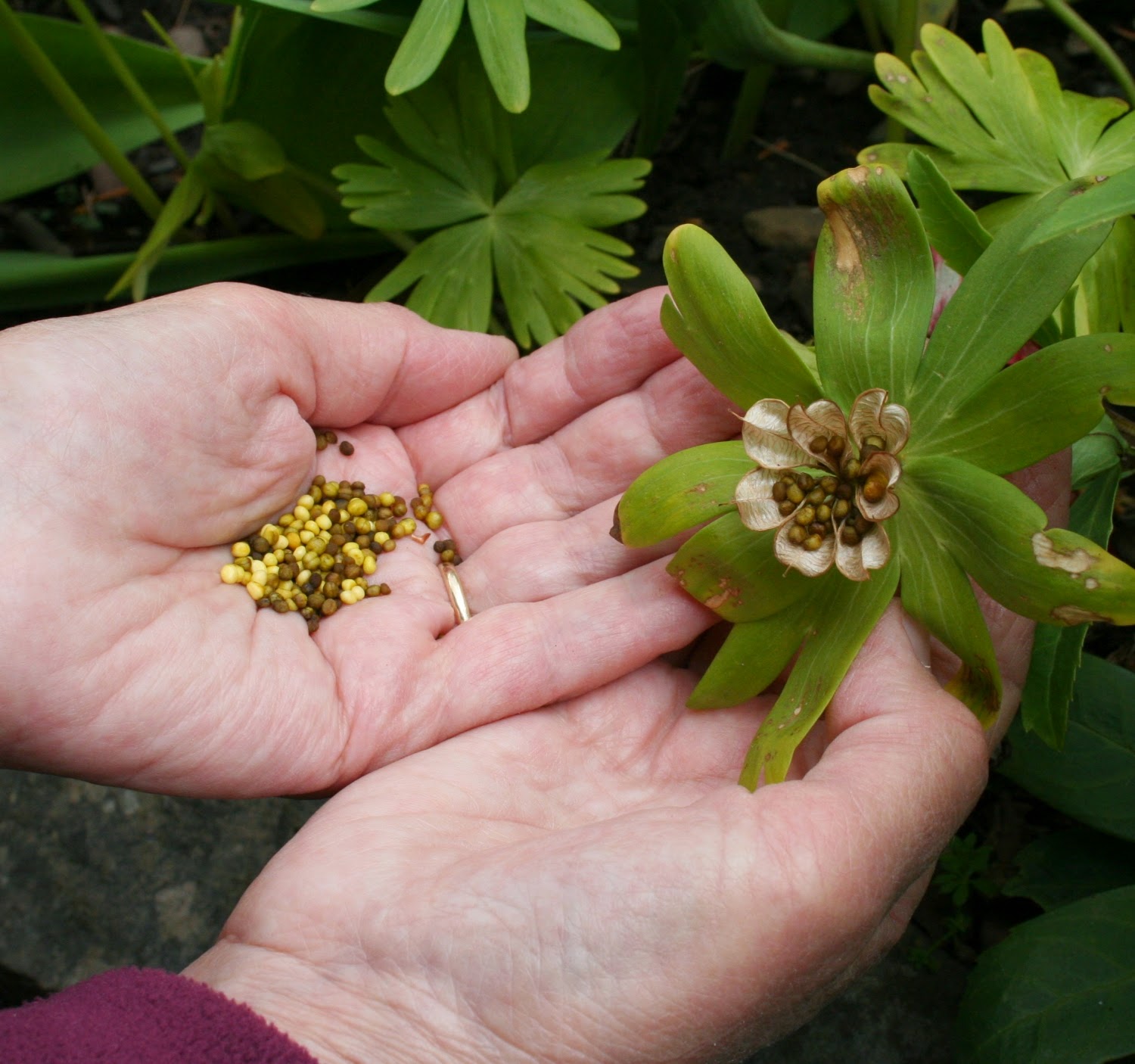 Bare root trees, shrubs and roses can still be planted for a few more weeks while they are dormant. However container grown plants can be planted just about all year round, but keep them well watered in the growing season.
Once snowdrops and aconites have finished flowering they can be lifted and replanted if the drifts are getting overcrowded. They still have time to continue growing and get settled in. If either are forming seeds these can be scattered as they both spread and multiply easily from self sown seeds.