POTATOES FOR THE GARDEN


POTATOES FOR THE GARDEN

The humble potato has had a major impact on the British way of life. It is eaten by most people daily as boiled, mashed, baked, as a salad or as chips. It is a great source of food health and its cultivation gives us immense exercise. It is a major farm crop in Scotland for both ware and seed potato production. It holds an essential place on the allotment plot rotation. We all have our own favourite varieties depending on taste, texture and use. Some like a dry texture, others waxy or floury. Some have a strong flavour whereas others can be very bland. As my diet has evolved away from chips and now into salads, my needs are for the smaller potato cooked in their skins (the healthiest part) with enough surplus to add to a couple days salads. 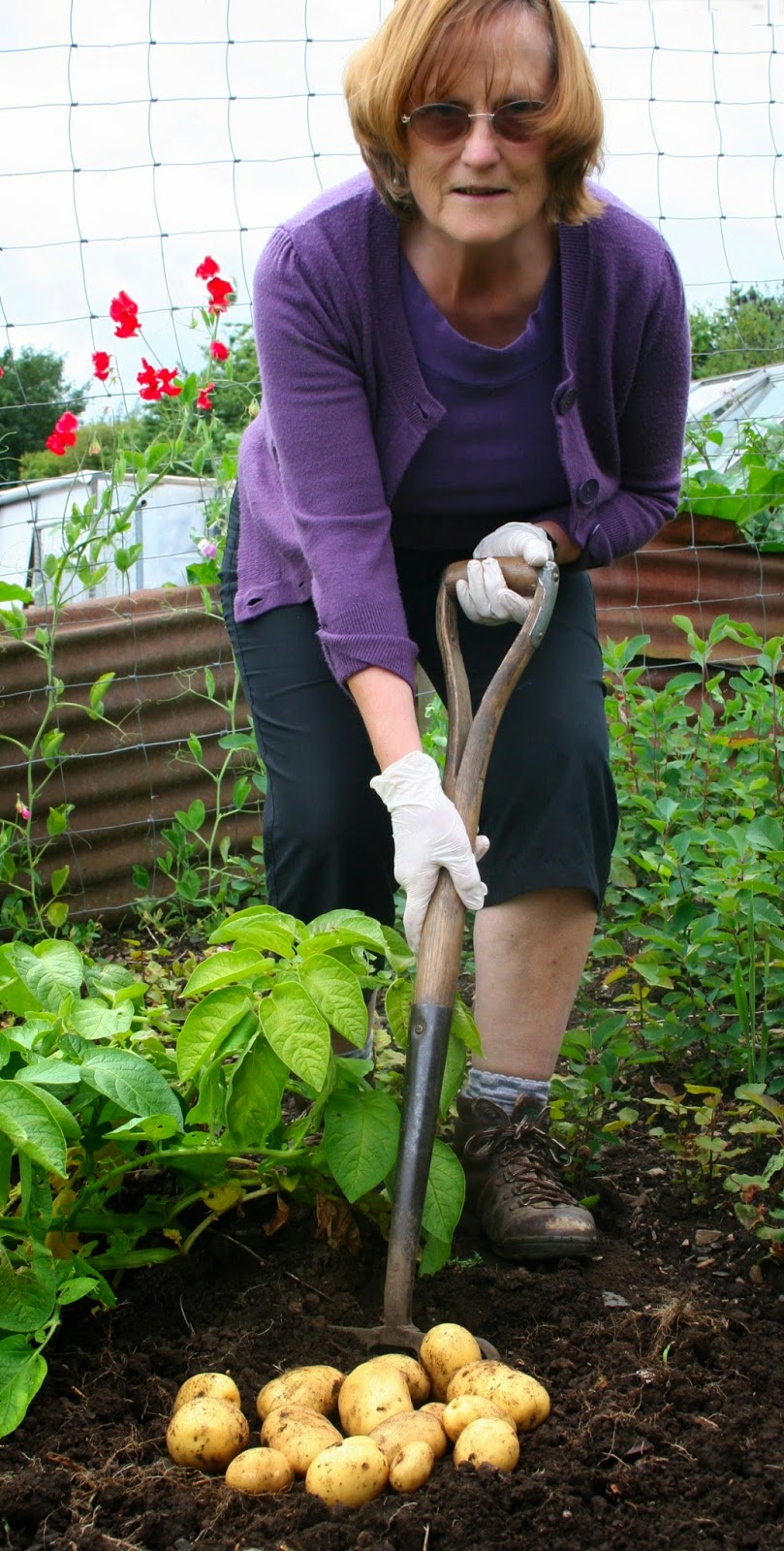 Last year I started lifting my second early Lady Chrystl in mid July. It gave a good crop, and the earliest ones may not have reached full size, but they were perfect for me. However it was the smaller sized potato Maris Peer that was the perfect salad spud, though the crop weight was not high. This year I will be trying International Kidney as my first early salad potato.
My best maincrop last year was Sarpo Mira, which I still have plenty of in store so I will be planting it again this year.

Potatoes are heavy feeders so grow best on land that has been well manured in autumn and left rough over winter. It is a good practice to chit tubers as it gives them a head start. Place the seed potatoes upright, (rose end upwards) in trays or egg boxes and leave in a light frost free position for a few weeks to get them to sprout.
Planting
Planting time depends on weather, so this year as the weather has been cold it will begin early to mid March. Earlies are spaced about 12 inches apart along the rows which are 24 inches apart. For maincrops increase the spacing to 15 inches apart with rows 2 to 2.5 feet apart.
Take out a furrow six inches deep and run some well rotted compost along the bottom. Cover this with some soil and plant into this. Cover the rows but leave a slight ridge to mark the line.
Potato fertilizer high in phosphates and potassium, may be added during the covering of the tubers.
Growing on
Once the foliage emerges keep an eye on the weather and if frost threatens earth over to protect them. Continue to earth over as this kills weeds. 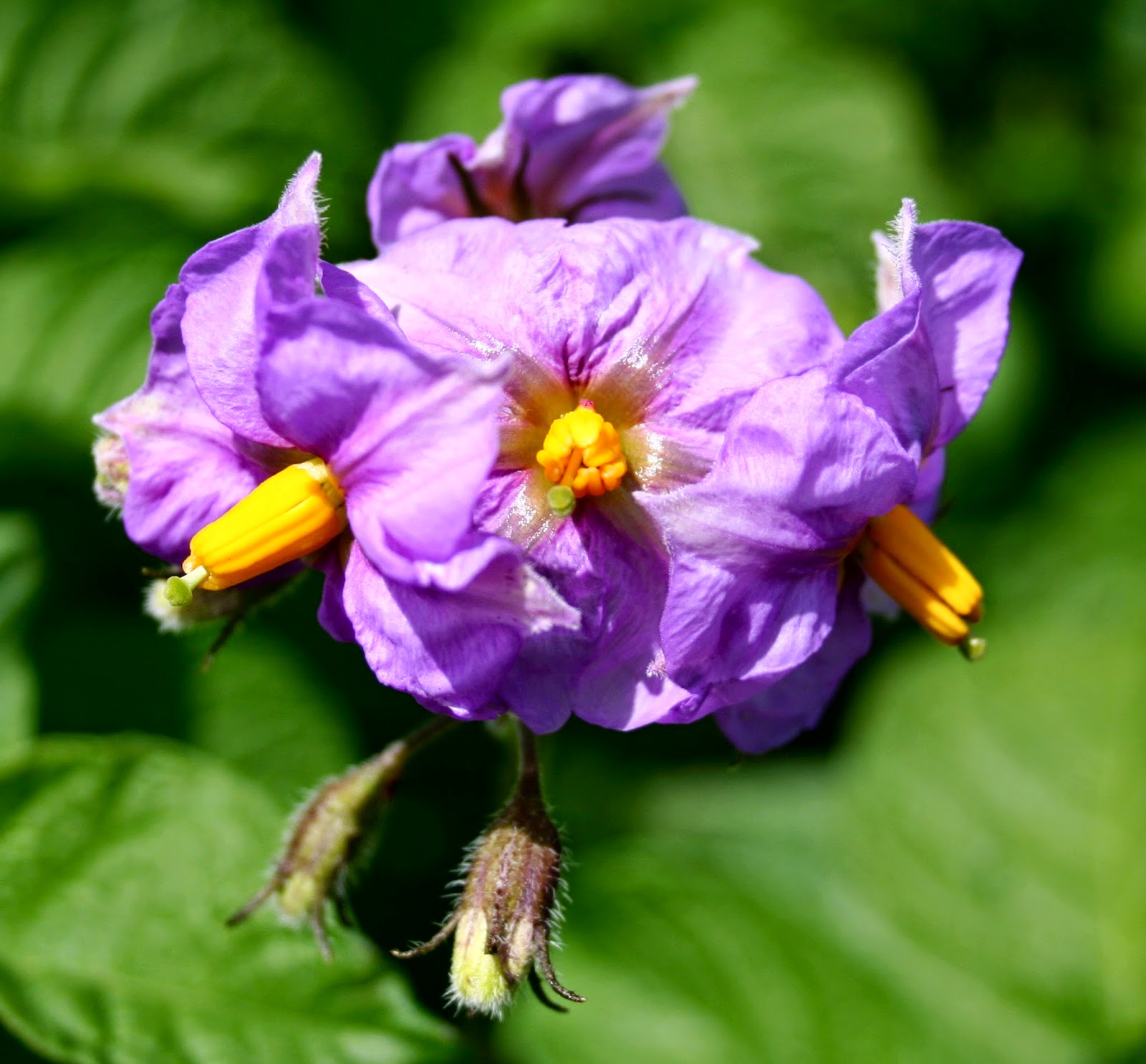 Hopefully earlies will escape blight, but watch out for blight on maincrops if wet weather predominates. You can protect the foliage with spays of Bordeaux mixture, but if rain keeps washing it off it may be better to cut off and remove the foliage.
Lifting
Lifting can begin at the end of June with first earlies and continue till October for lates. Lift on a sunny day and leave the spuds to dry on the surface for an hour or so. Discard any tubers that show any greening as this contains poisons. Potatoes are best stored in the dark in hessian or paper bags in a frost free shed protected from mice. 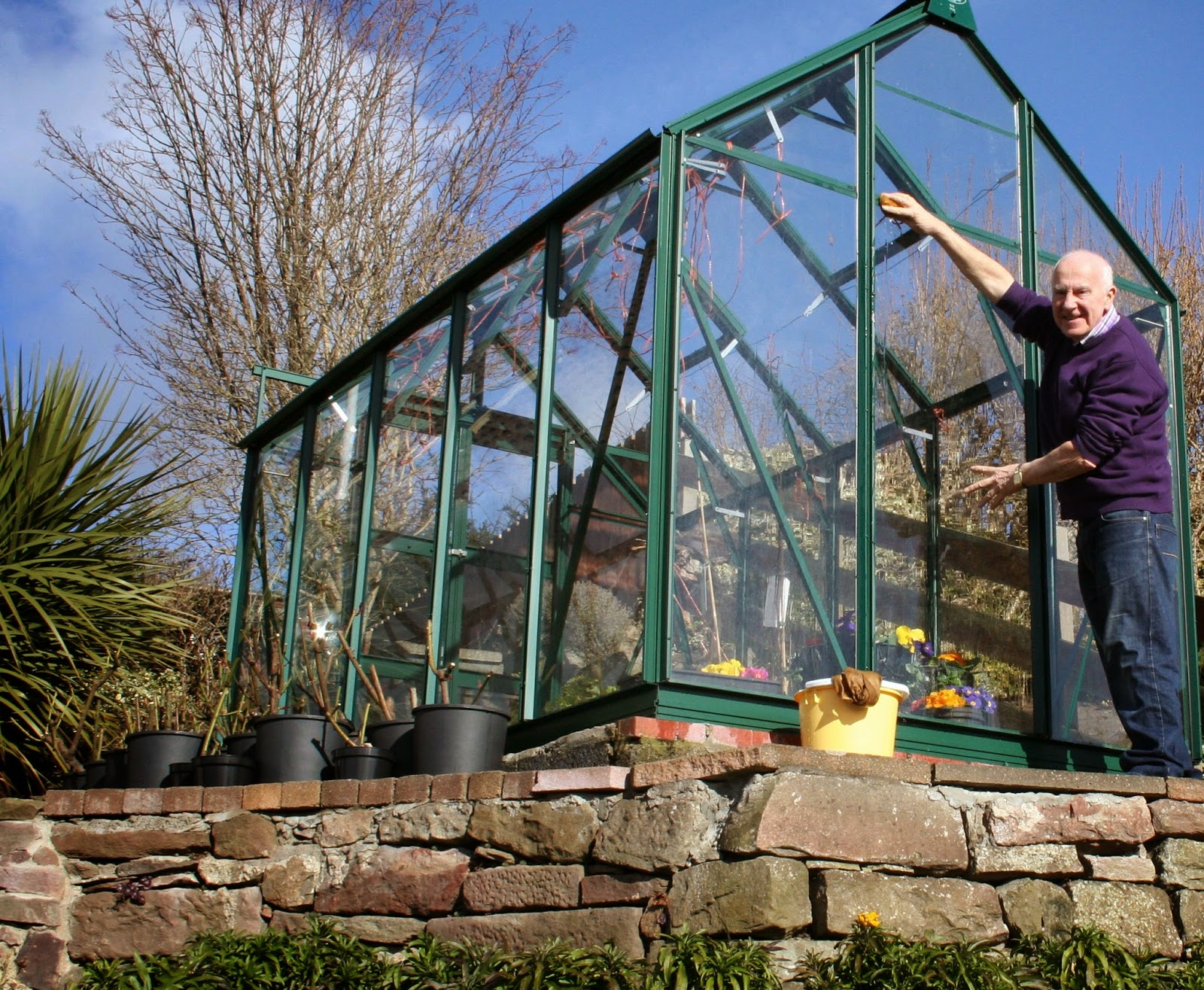 Clean the glass in greenhouses both inside and outside as seed sowing will now be under way for many plants and grape vines will soon be budding up. Any vines left low to encourage even growth along the rods can now be tied back into place.
Tomatoes, onions and broad beans sown earlier in February will now be germinating and need more light to keep them sturdy. Only the tomatoes require constant heat, whereas the others can be grown as hardy as they can stand. Salads for an early crop to be planted out under low polythene tunnels can now be sown in a warm room or windowsill, unless you have a heated greenhouse.