PEAS AND BEANS
Peas and beans are found on most people’s allotment. They are very easy to grow provided you give them rich soil that was well manured or composted during the winter digging. Runner beans, dwarf French beans and later sown peas can also benefit from a green manure crop, since there is time to grow a quick clover crop before the ground is needed for sowing or planting.
Freshly harvested peas and beans can be on the dinner plate within a couple of hours of picking and there is nothing more healthy and delicious to taste. These pulses are rich in fibre, protein, vitamin A, C, E and K and the minerals copper, iron, manganese, magnesium, zinc and selenium. 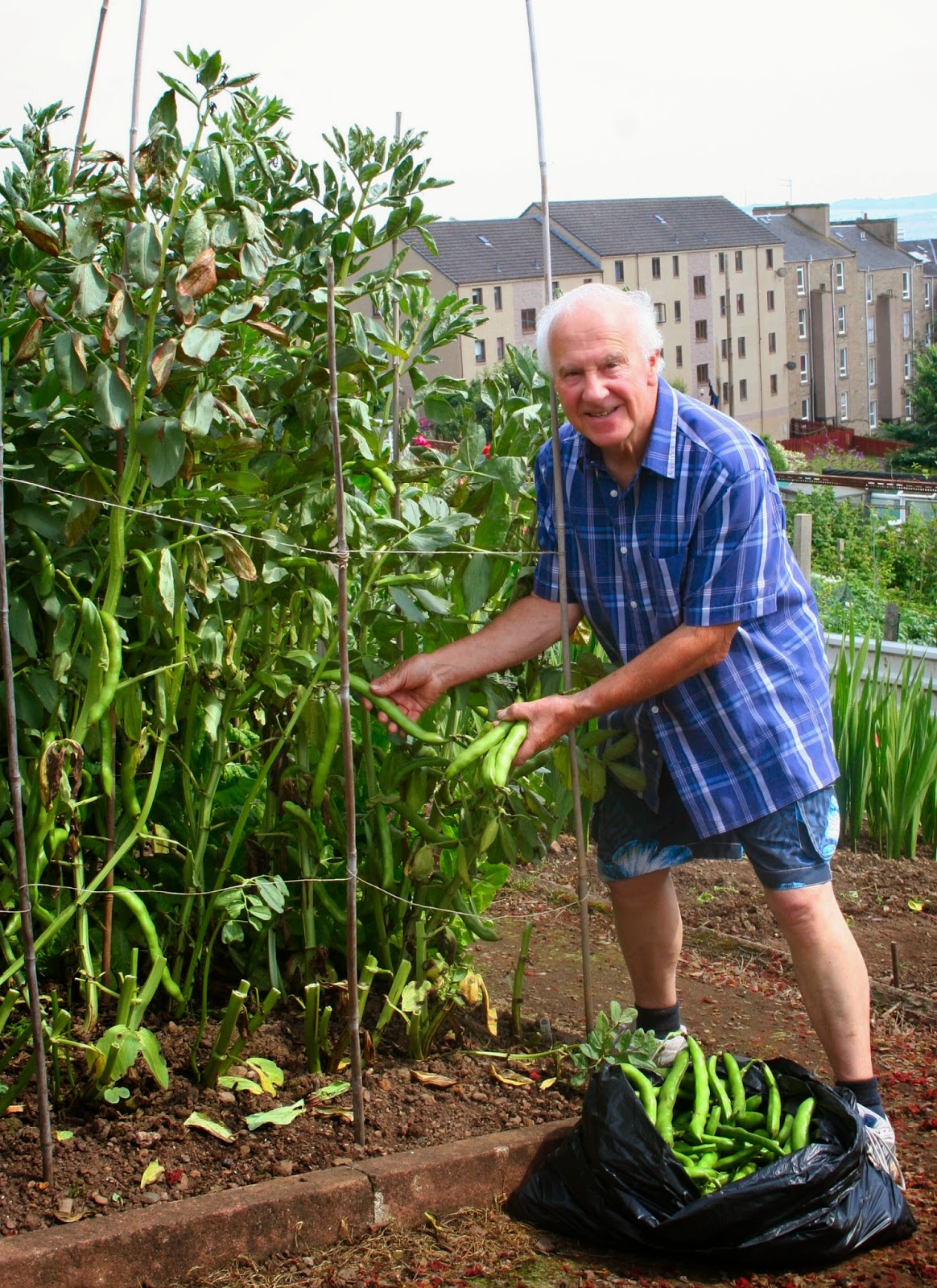 Broad beans are quite hardy so it is possible to do an autumn sowing and over winter the plants to give a very early crop. However I prefer to sow early in March indoors with some heat and grow them on in cellular trays for a couple of weeks on a sunny windowsill. When they are about four inches tall I transfer them to my unheated greenhouse to harden off. They will go outdoors to harden off further before they are planted on prepared ground in early April once the land has warmed up. I plant in a double row about nine to twelve inches apart spacing the plants about nine inches apart. I grow Giant Exhibition Longpod as although it is very vigorous and grows quite tall it produces a very heavy crop. It will need good support as it grows using stakes and binder twine. 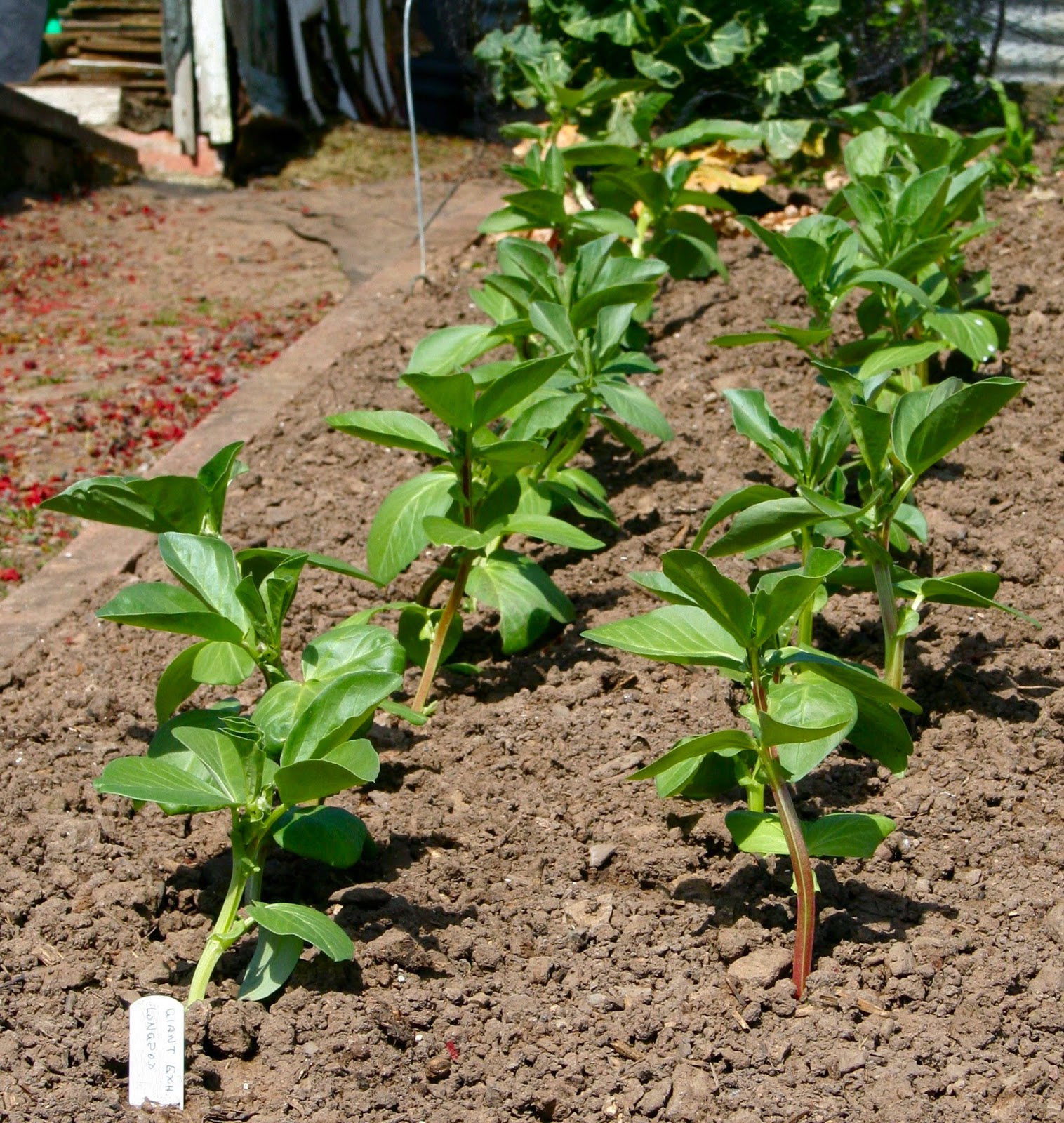 I have never been troubled with blackfly, but taking out the tops is recommended as a precaution once the plants have set the pods. They are ready to harvest in summer in a one off operation. I pick the crop in the morning then it is a family affair in the afternoon as we gather around a table on the patio and shell the beans. I wee drop of Saskatoon wine adds to the social occasion. However the work continues in the kitchen soon after as the beans are blanched so the skins can be squeezed off.
This is necessary for perfect broad bean soup with a flavour to die for, and extremely healthy.

Runner beans are not so hardy so they are sown in small pots in late April and grown similar to the beans so they can be planted out in early June. They can also be sown direct outdoors in early June.
They need a support of canes or poles about six feet tall as they will climb.

Dwarf French beans are more tender so sowing is even later. I sow direct outdoors the first week in May (provided the soil has warmed up) in a double row a foot apart spacing the seeds about four inches apart. These do not need staked and picking should be regular over several weeks in summer. 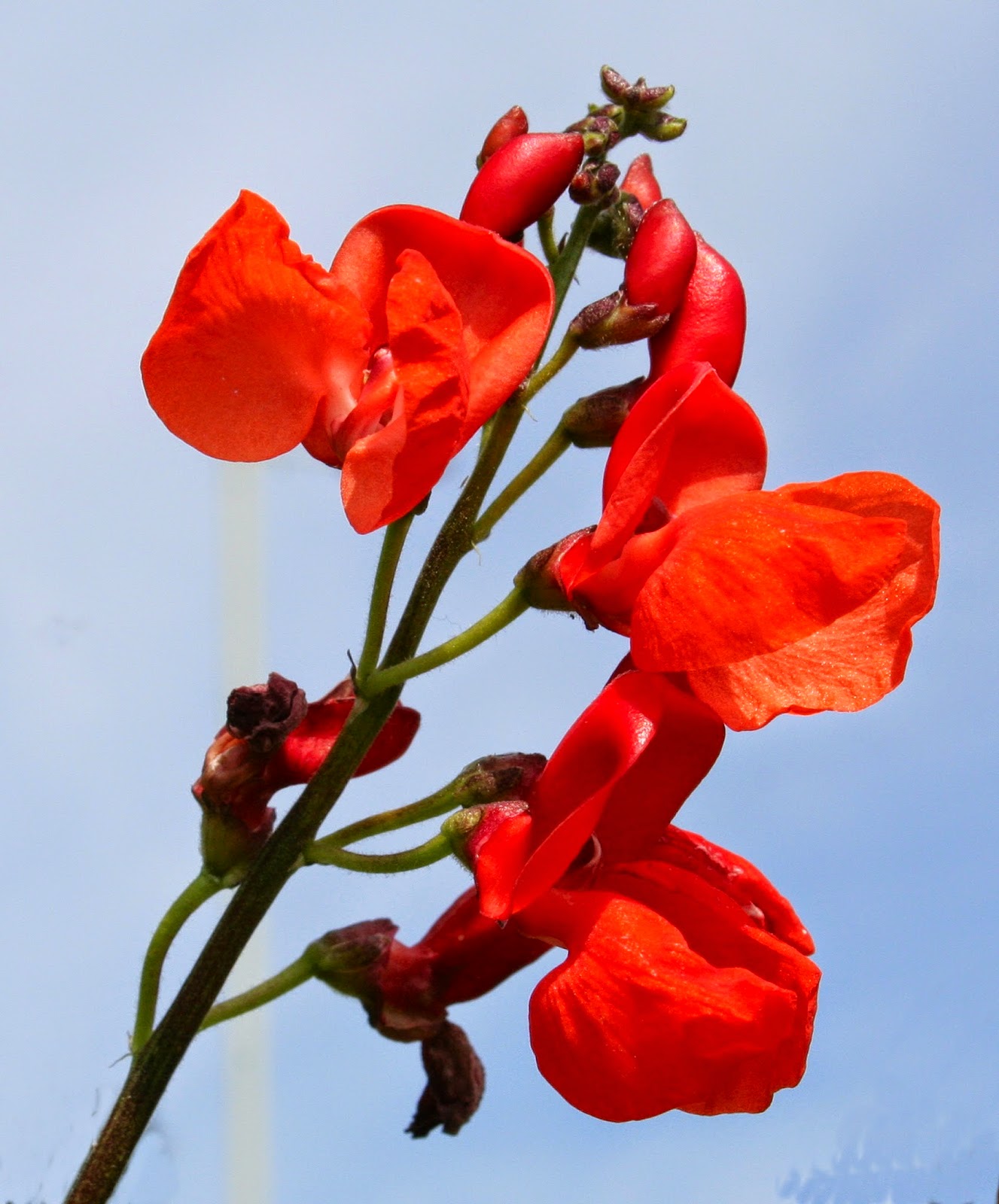 Peas can crop over a long season by using different varieties and sowing times. To get earliest crops use a variety such as Kelvedon Wonder sown indoors in a length of guttering  filled with compost then when the plants are a few inches tall slide the whole batch into a furrow in the garden.
For succession follow on with the same variety outdoors in April, then later on use a maincrop such as Onward or the very tall Alderman. Peas will need staking and protection from pigeons. I use the old fashioned, but still effective black thread tied along the rows on the pea support. It frightens off the birds as they can feel it but not see it. For a late sown crop go back to the fast maturing Kelvedon Wonder or Feltham First sown in July. All peas get sown in a six inch wide furrow, a couple of inches deep and spacing the peas about two to three inches apart in three rows.

Wee jobs to do this week
Complete any outstanding pruning of fruit trees or bushes, except plum trees liable to infection from silver leaf.
Plant strawberry runners delivered as cold stored runners. They may not have much leaves on them but as long as they have strong crowns they will soon grow once the spring gets under way.
Once snowdrops and aconites have finished flowering the clumps can be lifted, split up and replanted where they will continue to grow for a few more weeks as long as they are kept moist.